The Good, the Bad & the Queen: "Merrie Land"

It’s been 11 years since the Good, the Bad & the Queen released its eponymous debut, perhaps because every member of the band had other things to do. Frontman Damon Albarn continued his work with Blur and Gorillaz, with help from Simon Tong, who’d been in the Verve but joined Blur in 2002. Bassist Paul Simonon, formerly of the Clash, kept himself busy with music, painting, and environmental activism, and drummer Tony Allen played on a number of albums, including two jazz recordings he led for release on Blue Note Records.

Merrie Land, the group’s second album, is driven by Albarn’s reaction to Brexit, Britain’s referendum to leave the European Union. Albarn clearly hopes his country will not follow through on that decision, but Merrie Land isn’t a rant. It’s a portrait of Britain at a time of cultural and political confusion that shows both empathy for and impatience with those who want to cling to the country’s old identity. 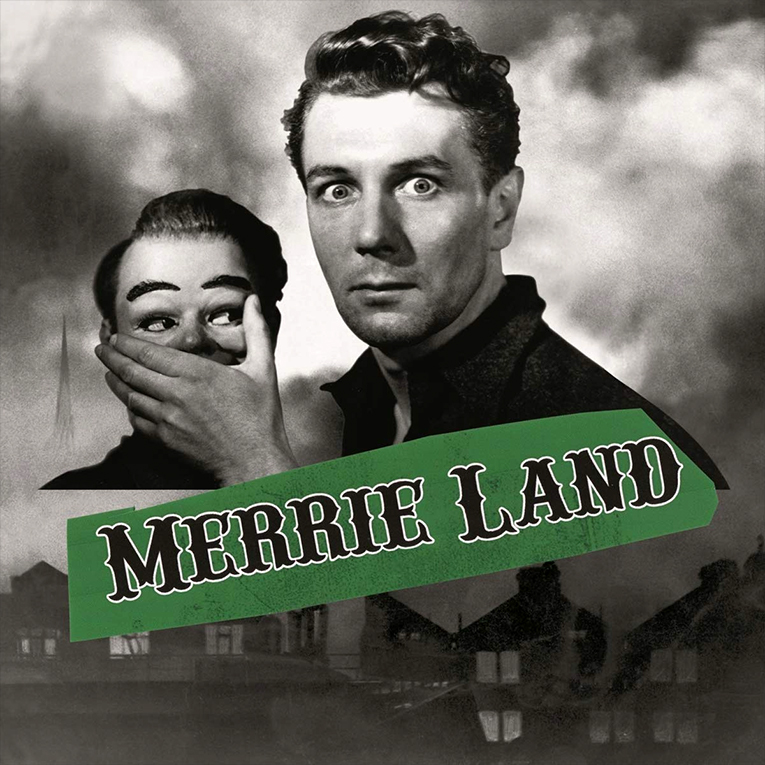 The album begins with a 14-second snippet from Chaucer’s Canterbury Tales, read by British actor Esmond Knight, which originally appeared as a voiceover narration in A Canterbury Tale (1944), a film cowritten and codirected by Michael Powell and Emeric Pressburger. Having thus established that this will be a very British record, the title track then begins with “If you are leaving / Please still say goodbye.” The song layers Lowrey organ, piano, and guitar, shifting them in and out in a complex, expansive sound that mirrors the urgency in Albarn’s voice. The lush scores for choir and strings in the final verse, arranged and conducted by Owain Arwel Davies, give the song a strong emotional finish.

A variety of British pop-music influences, from music hall to the British Invasion, run through Merrie Land. “Gun to the Head” evokes late-1960s Kinks, along with a hint of Sgt. Pepper-era Beatles and cabaret music. “Nineteen Seventeen,” carried along by Simonon’s fluid bass and Allen’s solid drum beat, owes a bit to the Smiths, and “The Truce of Twilight” nods to later Clash recordings.

Despite these occasional touch points, Merrie Land ends up sounding unique in how it pays tributes to influences and uses them to make its points. While Albarn clearly wants to make a political statement, it’s the power and quality of the music that give the album its force. Albarn plays Lowrey organ on most tracks, and this gives them a haunted quality, as if the music comes from a slightly older time. 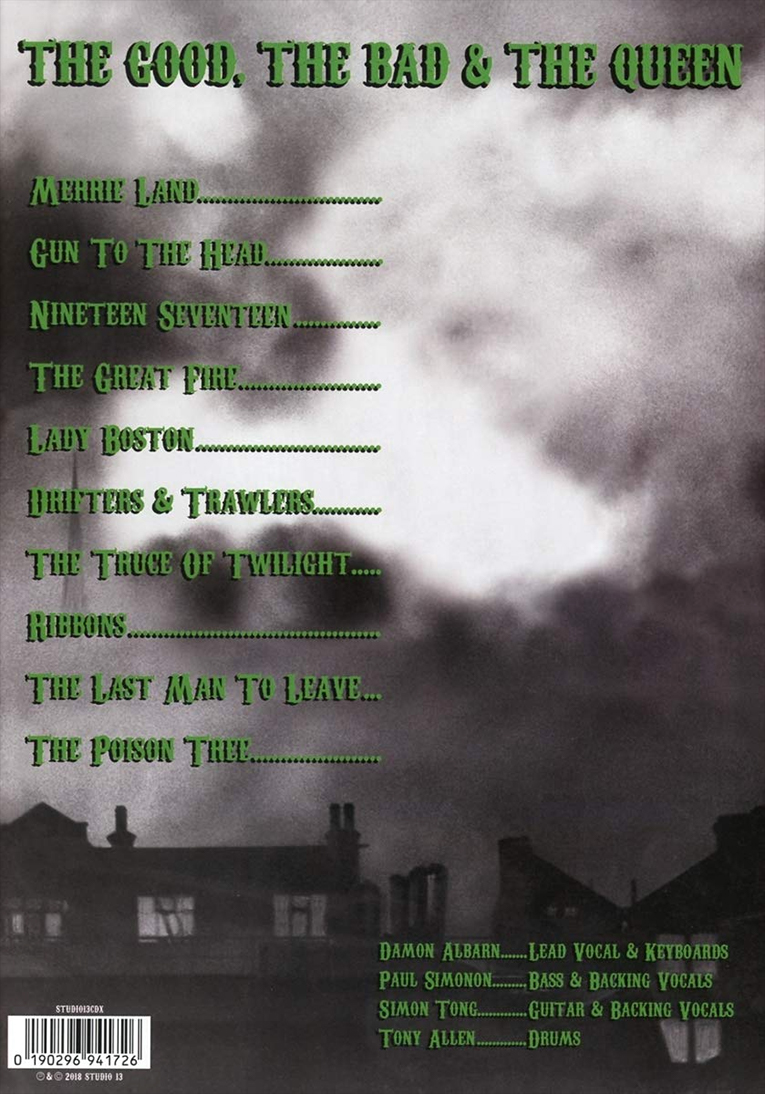 These songs pay off emotionally because of Albarn’s singing, supported by arrangements that use simple elements to underline his dramatic lyrics. Backing voices and swirling keyboards give “The Great Fire” an urgent, frightening edge, and the choir accompanying the band in “Lady Boston” gives the song a spiritual air, especially as Albarn sings, “And where do I go now / And where does it seem to be free.”

Danger Mouse produced The Good, the Bad & the Queen, but this new album was helmed by 74-year-old Tony Visconti, half a century after he produced David Bowie’s Space Oddity. Merrie Land is sonically denser than the band’s debut, but small touches reach out to jolt the listener. Albarn’s honky-tonk piano solo in “Gun to the Head” ties the track together, and Visconti brings it out clearly. Allen’s subtly musical drumming comes through solidly, as do Simonon’s muscular bass lines. Davies’s string arrangements are richly presented, and Albarn’s voice is realistic and three-dimensional.

The cover of Merrie Land is a promotional still of Michael Redgrave from the 1945 film Dead of Night, in which Redgrave plays a ventriloquist who’s convinced his dummy has a life of its own and is controlling him. Albarn may feel that some of his countrymen have been similarly manipulated, and occasionally he raises a warning -- in “The Last Man to Leave,” a warning that rises to hysteria. In the main, however, Merrie Land is an affectionate, heartfelt request that the British not make a mistake they might deeply regret. I don’t know if a rich pop star is the best messenger, but the music itself is persuasive.