Marianne Faithfull was discovered by Andrew Loog Oldham, manager and producer of the Rolling Stones, who helped her achieve chart success with a series of singles in the mid-1960s. She was the first singer to record the Jagger-Richards song “As Tears Go By,” in 1964, and was a big part of the history of the early Stones and of the ’60s overall. Faithfull became romantically involved with Mick Jagger, and it’s hard to know if her later slide into addiction and anorexia stemmed from her association with the band or her with own bad decisions -- perhaps both.

Whatever the reasons, Faithfull’s singing career foundered in the 1970s, but she returned to prominence in 1979 with Broken English. By then her voice had been ravaged by smoking and other abuses, and her raspy, lower-pitched singing fit the new wave, punk, and other influences that coursed through that album. Since then she’s recorded regularly, and last December released her 21st album, Negative Capability.

“Misunderstanding,” one of the eight songs co-written by Faithfull here, sets the tone of the album, with Rob McVey’s softly strummed acoustic guitar and Warren Ellis’s synthesizer and viola. Faithfull’s voice is at the center of the music, out front where we can hear its slightly worn, deeply expressive character. When she sings that misunderstanding is “such an easy trap to fall into,” it carries a lifetime of wisdom and experiences. 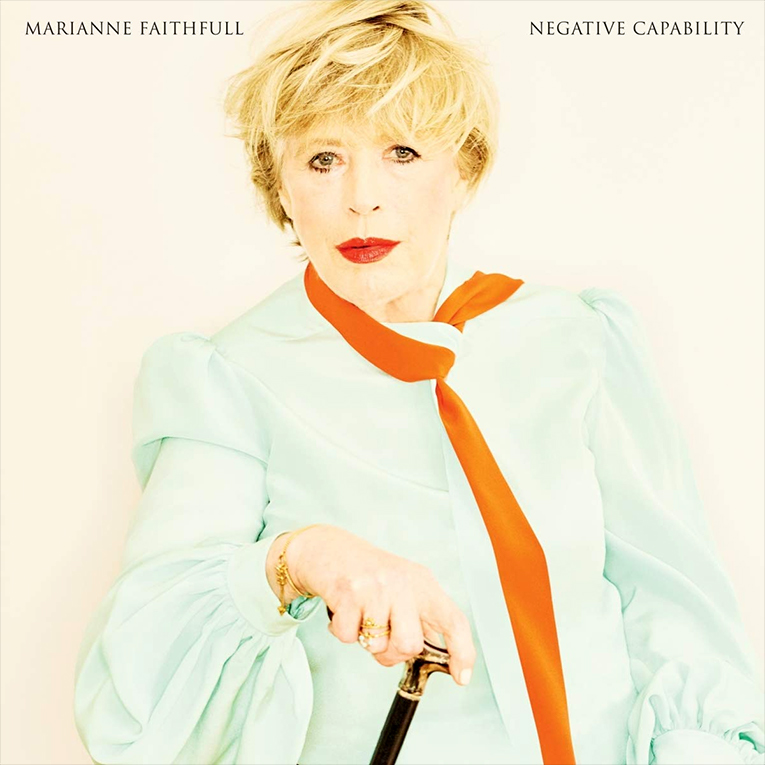 Life’s long passage and the feelings that come with it run throughout Negative Capability, but the album isn’t somber. Faithfull expresses the hope that knowledge and time can bring -- and when, in “Born to Live,” she sings, “Life goes on its joyful way / as usual nothing’s as it seems,” the effect is reassuring. The song, written in memory of a friend, the late actress, artist, and model Anita Pallenberg (1942-2017), includes a desire for “a good death, one for me, one for you.” Listening to Negative Capability made me feel that age isn’t to be feared, but embraced.

Faithfull returns to “As Tears Go By,” but “It is the evening of the day” carries far more weight and pathos sung by a woman of 72 than by a girl of 18. The spare arrangement gives her room to hesitate over and emphasize certain words and phrases, and the song gains a power and meaning it lacked when Faithfull and the Stones were so young. Negative Capability includes two other songs Faithfull has recorded before: Bob Dylan’s “It’s All Over Now, Baby Blue” and her own “Witches’ Song.” She brings deeper, more complex emotions to them now, and these mature readings fit with the album’s overall concept. 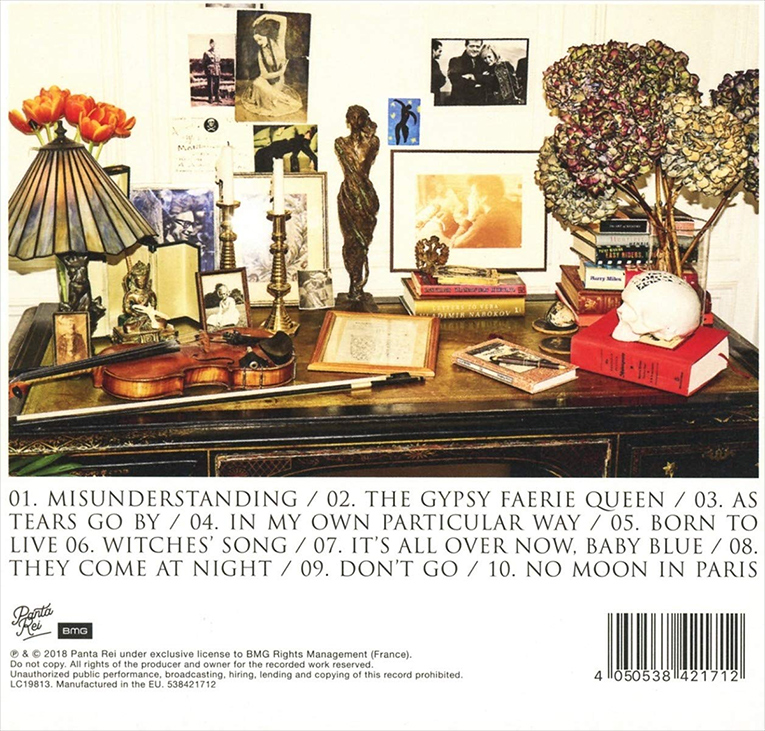 Throughout, the arrangements are beautifully understated. The guitars and backing vocals in “In My Own Particular Way” are rich and dramatic, unfolding around Faithfull’s voice, aiding her story of age, time, and longing for romance. Pianist and songwriter Ed Harcourt co-wrote some songs and played on most of the rest, with help from multi-instrumentalist Warren Ellis and percussionist and keyboard player Rob Ellis, among others. Nick Cave guests on two tracks, and he and Faithfull co-wrote “The Gypsy Faerie Queen,” a retelling of A Midsummer Night’s Dream from Puck’s point of view and one of the album’s best tracks.

Warren Ellis plays violin in Cave’s band, The Bad Seeds, and in the Dirty Three; Rob Ellis is a producer known best for his work with PJ Harvey. They produced the album with help from Head (Howard Bullivant), who’s also worked with Harvey, among others. The sound is rich and detailed, with well-articulated acoustic instruments and solid but not overwhelming low-frequency energy.

Marianne Faithful has fought cancer and other afflictions -- on this album’s cover, she proudly grips the cane that helps her get around these days. Negative Capability is an affirmation of a life well lived despite obstacles and pain, and an acknowledgment of what people can endure -- and triumph over.