The 1975: "A Brief Inquiry into Online Relationships"

In the nearly three years since The 1975’s last release, I Like It When You Sleep, for You Are So Beautiful yet So Unaware of It, Matt Healy, the band’s rhythm guitarist and lead singer, entered rehab to deal with a drug problem, while the rest of the band continued to write and record the music that has resulted in its third and newest album, A Brief Inquiry into Online Relationships. Healy’s experience seems to have affected the lyrics of these songs, but musically The 1975 continue to play with their combination of synth pop, alt-rock, and whatever other genre they take a fancy to.

A Brief Inquiry feels at once looser in structure and more ambitious than its predecessors. All three of their albums have opened with “The 1975,” but this time the song begins with what sounds like a demo recording: an acoustic piano, followed by a multitracked, Auto-Tuned vocal. The entire album embraces technology even as it laments our immersion in it, a tension that drives it throughout. In “Give Yourself a Try,” Healy’s processed voice is pitted against a punk-style fuzz guitar borrowed from Joy Division’s “Disorder” -- the distorted instrumental sound helps humanize the vocal.

Auto-Tuned voices can wear thin, but the layered keyboards and solid beat of “TooTimeTooTimeTooTime” are irresistibly catchy, and the song’s careful construction won me over. Just as I was losing interest in the stuttering keyboards and unreal vocal of “How to Draw/Petrichor,” it morphs into a percussive dance track that’s fun and energetic, with witty layers of keyboards and doctored guitars set to a steady beat. The track closes with Healy’s electronically processed voice telling us, “Don’t take any of my advice . . . Don’t let the Internet ruin your time.”

“Love It If We Made It” backs off on the vocal manipulation -- it’s a howl of pain and anger at the world’s destruction by everything from drugs to fossil fuels. Other references, including the death of singer/rapper Lil Peep and Europe’s refugee crisis, paint a dark picture; still, Healy can sing, “And I’d love it if we made it.” 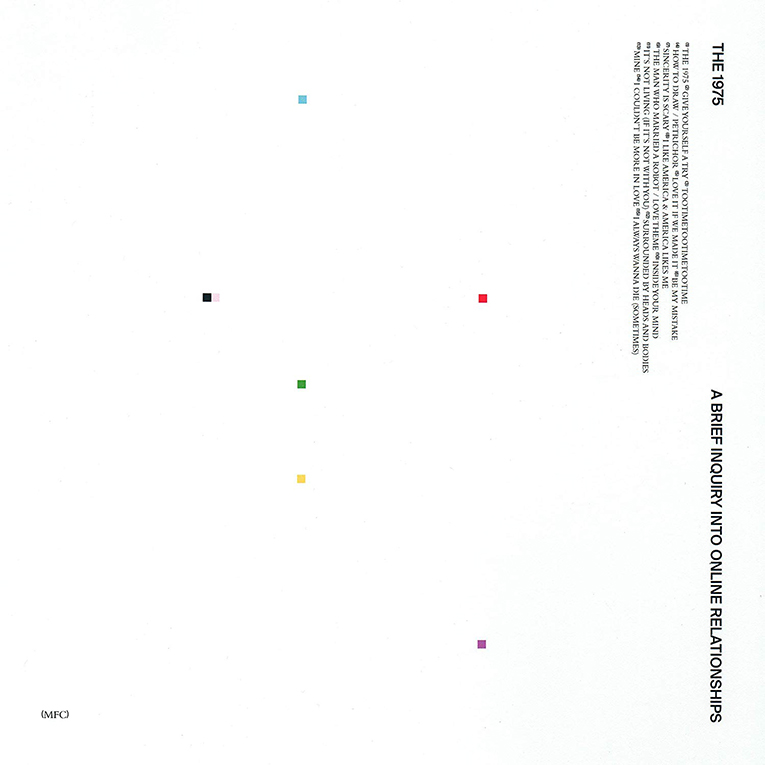 Stylistically, A Brief Inquiry moves around, from the conflicted romanticism of “Be My Mistake” to the seemingly upbeat pop of “It’s Not Living (If It’s Not with You),” a song about addiction. “Inside Your Mind” is grand pop with the emotional and musical heft of Quadrophenia-era Who, and the beautiful and moving “Sincerity Is Scary” features the London Community Gospel Choir and, on trumpet, the late Roy Hargrove. And the lyrics are literate and often clever, as in “Give Yourself a Try”: “I found a gray hair in one of my zoots / Like context in modern debate, I just took it out.”

Romance, technology, the confusion and potential violence of modern life -- these and other themes course through these 15 compositions. That Healy sometimes crams a lot of feelings and information into a single song is a measure of the album’s ambition and scope. Even more than the earlier albums, this is this band’s Big Statement.

Also more than its predecessors, and like many big statements, A Brief Inquiry into Online Relationships could have benefited from some trimming. “The Man Who Married a Robot/Love Theme” uses the British male voice of Siri, Apple’s “virtual assistant,” to tell a cautionary tale about life on the Internet -- but that message is told elsewhere on this album with more force, and the song feels like a throwaway. Also, the tracks with the heaviest vocal processing could have been scattered throughout the album to give it a more varied pace.

Despite those reservations, A Brief Inquiry into Online Relationships is an ambitious album that asks listeners to pay attention and think. Its sound is dense, and a bit less compression would have given more space for instruments to register. But the melodies are strong, and the overall impact is emotionally powerful and intellectually challenging. These sessions were ambitious in another way: The 1975 recorded enough material for two albums. In May, look for Notes on a Conditional Form.