Paul Simon: "In the Blue Light"

On September 7, 2018, two great 1960s singer-songwriters named Paul released new discs. Paul McCartney’s Egypt Station, his 18th solo recording, was accompanied by a big PR push and the announcement that Sir Paul will tour in support of the album. Paul Simon’s newest disc, In the Blue Light, was preceded by the news that his tour ending in September would be his last.

While Egypt Station comprises new work played and sung with McCartney’s usual level of professionalism, on In the Blue Light Simon revisits songs he’s recorded over the years. Some arrangements veer further from the originals than others, but every one reminds us of Simon’s craftsmanship and seriousness as a songwriter and performer. As he writes in his liner note, the perfectionist in him wanted to “clarify what I wanted to say, or realize what I was thinking and make it more easily understood.”

“One Man’s Ceiling Is Another Man’s Floor” has a more pronounced feel of Southern Soul than does the original version on There Goes Rhymin’ Simon (1973), thanks to the Muscle Shoals rhythm section accompanying Simon. Here it retains its blues pedigree, but with a stronger emphasis on jazz, and a looser rhythm that makes more room for the song’s harmonic richness without diluting its message. It’s taken a little slower here, and the sometimes-violent images strike more firmly. 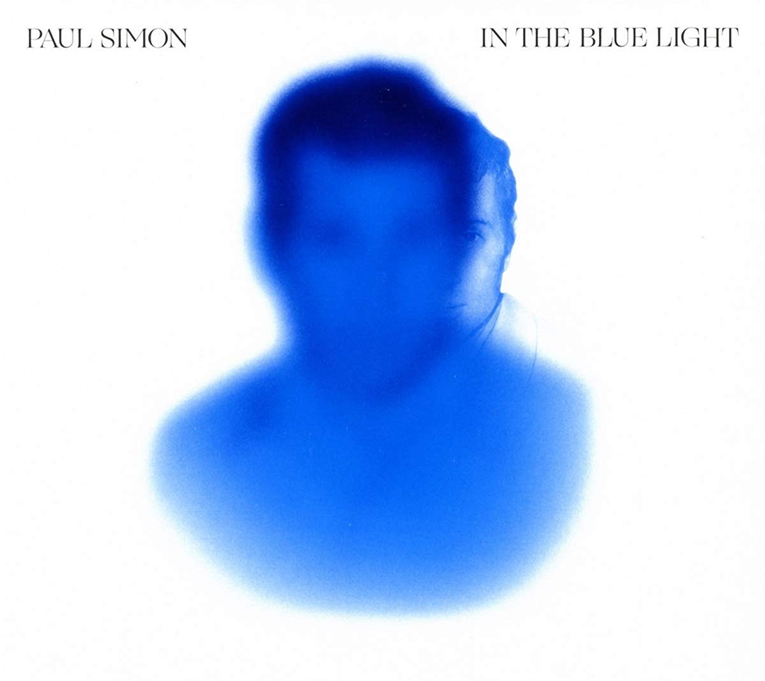 Bryce Dessner, of the Nationals, arranged “Can’t Run But” for yMusic, a New York chamber ensemble. While the new version lacks the percussion in the original, from The Rhythm of the Saints (1990), it’s still rhythmically compelling. The interaction of the strings, reeds, and trumpet creates a complex tapestry of counterpoint that reveals this composition’s complex beauty, and the breathiness of the flute, played by Alex Sopp, helps underscore Simon’s vivid imagery.

Simon apparently considers his album You’re the One (2000) an undervalued entry in his catalog, because here he reinterprets four of its songs. I think he’s right; it’s one of his best albums, and worth the attention given it on In the Blue Light. In “The Teacher,” acoustic guitarists Odair and Sérgio Assad provide simple but moving accompaniment to Simon’s vocal, and the effect is to deepen the meaning of the lyrics. When, in this version, Simon sings of “immigrant stock,” he takes in America’s history while underscoring how many of our fellow citizens came from south of the border.

“Darling Lorraine” is more moving and tragic in the new arrangement, and Wynton Marsalis’s New Orleans jazz arrangement for “Pigs, Sheep and Wolves” gives the song more satirical force and helps reinforce Simon’s sharp observations about media and politics. Simon doesn’t change his songs so much as allow small shifts in emphasis to let us hear them in fresh ways and realize how much possibility they hold. “René and Georgette Magritte with Their Dog After the War” is slower and somewhat sadder than it was on Hearts and Bones, especially when Simon sings that something “brought tears to their immigrant eyes.” 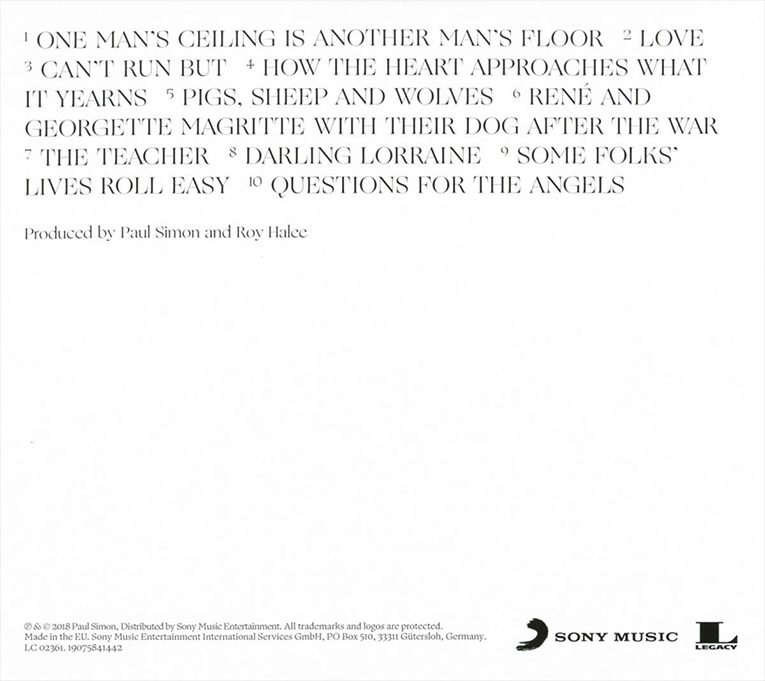 The lineup of musicians on In the Blue Light is impressive: guitarist Bill Frisell, saxophonist Joe Lovano, drummers Jack DeJohnette and Steve Gadd -- and Simon’s longtime guitarist, Vincent Nguini, whose recent death was among the things that led Simon to decide it was time to retire. In the Blue Light is a reminder of the breadth of Simon’s musical and poetic achievement, and the sensitivity and respect these musicians bring is a tribute to that achievement.

Simon’s revisiting of these songs suggests that he’d like other singers and musicians to continue interpreting his work and keep it alive. After all, we don’t know Cole Porter or Rodgers and Hart because their shows are revived -- their songs remain vivid in our memories because of the many singers and musicians over the years who’ve thought them worthy of singing and making new.

In the Blue Light is very well recorded. Instrumental textures are vividly presented, and small details, such as the finger snaps from Edie Brickell, Simon’s wife, in “One Man’s Ceiling Is Another Man’s Floor,” reach out to catch the ear. Simon’s voice, which seems to have lost none of its range or flexibility, is three-dimensional and emotionally intimate, and throughout, the quality of recording matches the high levels of musicianship and composition. This may be Simon’s last statement as a singer and songwriter. Savor it.