Christine and the Queens: "Chris"

Héloïse Létissier, born in Nantes, France, in 1988, performs as Christine and the Queens and has released two full-length CDs and eight EPs. Her music addresses many of the issues of gender and sexuality that are so much a part of conversations these days. For her new album, Chris, Létissier has adopted a masculine persona, with hair and attire to emphasize it, in an attempt to examine her own freedom to choose a fluid definition of gender, as well as to look at male attitudes toward women, sexuality, and other issues.

If that sounds too topical in a world already filled with heavy debate, don’t worry. Chris may wrestle with current questions, but it’s not an album you need to listen to because it’s good for you. This is danceable, melodic music that grabs the ear. It begins with the synths and a strong beat of “Comme Si,” which evokes 1980s synth pop and disco, with a touch of Michael Jackson thrown in. Létissier’s drum programming and thumping keyboard bass keep the track centered and fluid, but it’s the layered, cross-cutting vocals that give this performance its force.

Dâm-Funk, aka Damon G. Riddick, joins Létissier on “Girlfriend,” another ’80s-style funk song, this one with a hard-thumping bass line from James Manning. Synth lines bounce and slide, and Marlon McClain’s bubbling guitar emphasizes the track’s irresistible funkiness. Manning and McClain have appeared on countless funk and jazz recordings, but Létissier is fully comfortable with the genre -- and just as relaxed and natural in the soul balladry of “The Walker,” which shows the pronounced influence of Georgio Moroder.

The songs on Chris often mix an upbeat sound with a complex message. “5 Dollars” is about the intertwining of money and power in everything from sex to performing onstage, and “Damn (What Must a Woman Do)” is a straightforward declaration of desire. The first song is metaphorical, its meaning carried on a bright melody that plays against lyrics painting a picture of exploitation that runs from buyer through bought (“Pockets full and dried eyes / It turns me on”). The second is more literal, a statement of physicality buoyed up by sliding, bopping synths and a throbbing keyboard-bass line. 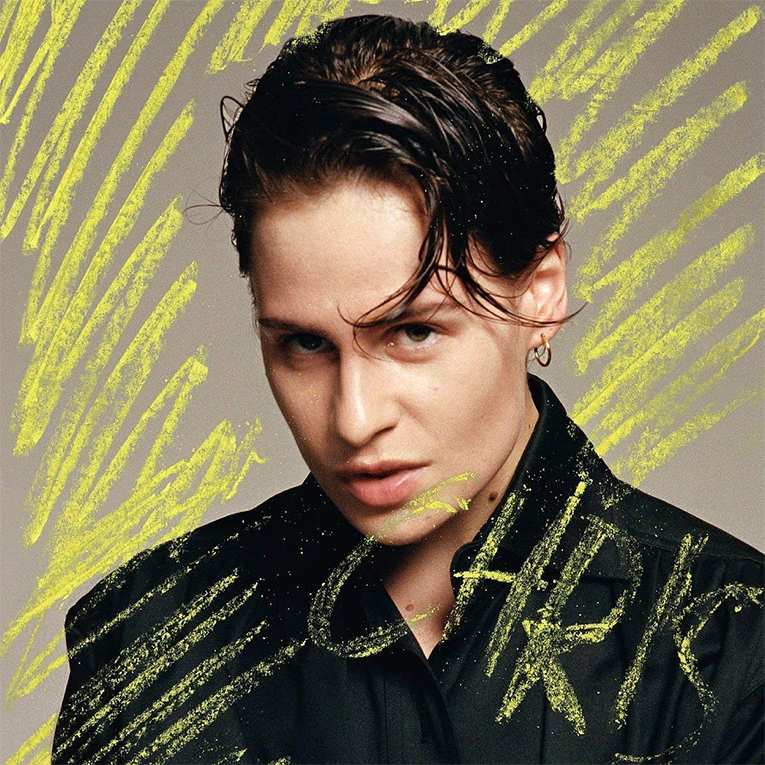 The lyrics are sometimes brutally forceful -- e.g., “Let me spit / On this young man fresh asleep” (“Damn”) -- or a bit hard to understand (“Goya Soda”). But most of the time, their meanings are clear and strongly presented. “What’s-Her-Face,” a beautiful ballad, looks back at memories of a long-ago playground incident that still stings:

The best songs on Chris combine a strong dance beat with a driving intelligence. The complex interplay of voice, keyboard washes, and percussion in “The Stranger,” for example, is beautifully constructed and a pleasure to hear as it unfolds. Despite all its debts to 1980s musicians, especially the Human League and Thomas Dolby, Chris sounds current and fresh. It is also, even with all its electronics, a human and magically musical collection of songs.

Christine and the Queens recorded Chris in studios in Paris, London, and Los Angeles. The sound is punchy and layered, with details that cross channels and reach out of the speakers and into the room. Electronic keyboards are well textured, and low-end drum programming hits the air solidly. While it’s true that some of its message may be challenging, you’ll be dancing while you think about it.