Steve Winwood’s tenth solo album is a two-CD collection of live performances by his current band that reaches back through a career that began in 1963, when he joined the Spencer Davis Group at age 15. Four years later he cofounded Traffic, and in 1977 went on to a highly successful solo career. Greatest Hits Live touches on all phases of his years in music, and brings new, fresh takes to his best-known songs.

Most of the players on these 23 tracks have been with Winwood since About Time (2003), his eighth solo album. About Time showed a distinct Latin jazz influence, and the group brings that sound to its arrangement of “I’m a Man,” which Winwood first recorded in 1966, with Spencer Davis. He plays a spirited Hammond B3 solo in the opening, with Edson “Cafe” Da Silva’s percussion driving the band and José Neto’s terrific rhythm guitar adding a funky undercurrent. Winwood’s voice strains just a little on some of the high notes, but it gives his performance more gravitas. 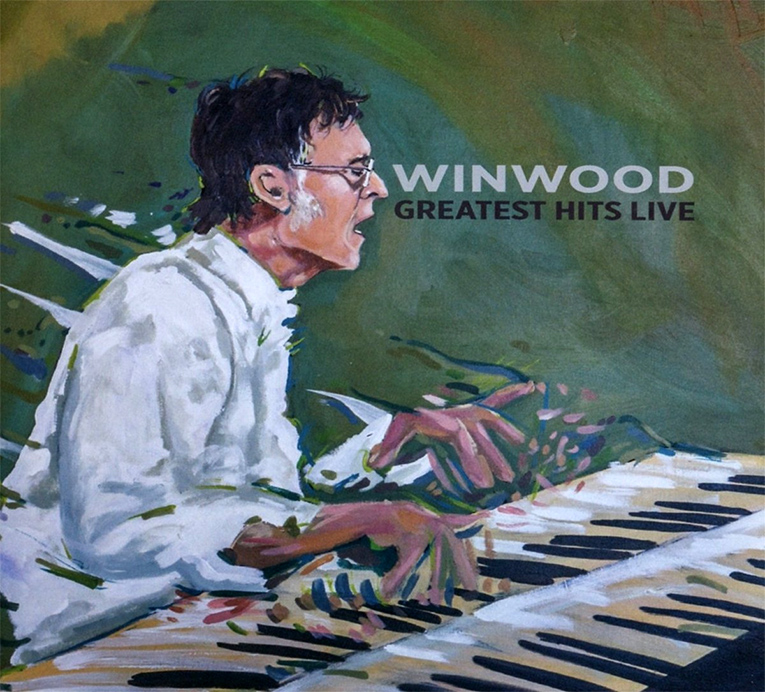 Two of Winwood’s most popular songs are from his time with the short-lived supergroup Blind Faith. Da Silva’s congas add rhythmic texture to “Can’t Find My Way Home,” and Winwood’s singing has a stronger rhythm-and-blues feel than in the original recording from 1969. Winwood picks up the guitar for “Had to Cry Today” and plays a fluid, bluesy solo. He and Neto play in tandem in the track’s closing minutes, weaving a complex fabric of notes that build in intensity.

Many of the tracks on Greatest Hits Live are long versions of Winwood songs, with lots of room for improvisation. “Low Spark of High Heeled Boys” has always been a song to stretch out in, and in this version Neto and Da Silva establish a bossa nova groove that saxophonist Paul Booth and Neto open up with strong, engaging solos. “Dear Mr. Fantasy” is close to Traffic’s original, with a long and powerfully gritty guitar solo from Winwood. “Rainmaker,” “40,000 Headmen,” and other Traffic tunes don’t veer far from their familiar sound, but are successfully and excitingly expanded on.

Winwood generously shares the spotlight with the other musicians in his band, in arrangements that reinvigorate his songs. Neto gets ample solo space in “While You See a Chance” and “Freedom Overspill,” while Paul Booth is featured on sax and flute throughout. Lengthy versions of “Back in the High Life Again” and “Higher Love” don’t lag because these players bring to them so many good ideas. Winwood’s mandolin solo in “Back in the High Life Again” gives the performance a pastoral feel, and Neto’s fluid rhythm guitar in “Higher Love” brings to that song a more swinging rhythm than it had in the original recording. 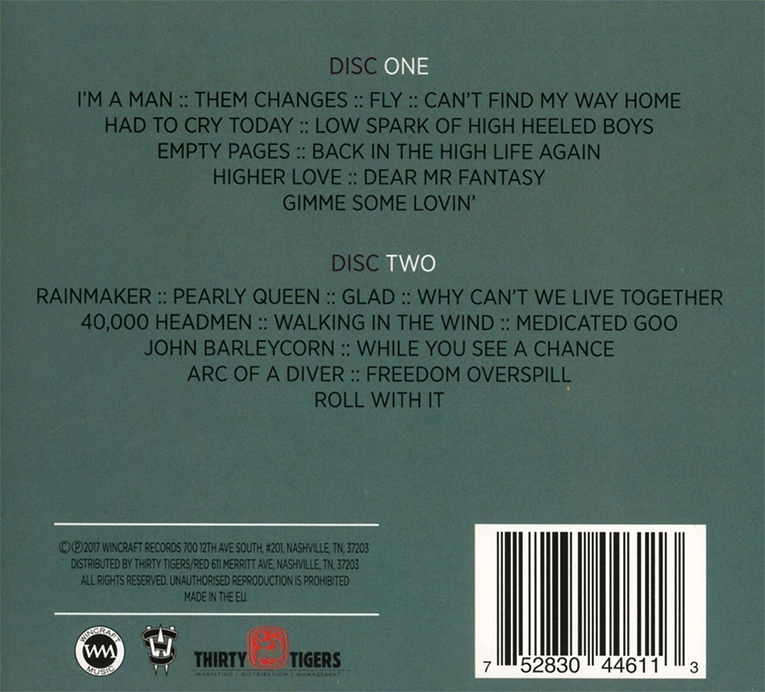 Winwood is also adept at knitting together the various stages of his music in a way that shows the continuity of his musical vision. “Back in the High Life Again” sits comfortably next to “Empty Pages” and “Dear Mr. Fantasy.” “Gimme Some Lovin’” is enlivened by a Hammond B3 solo that underlines the song’s timelessness. Richard Bailey on drums joins Edson Da Silva in expanding the rhythmic palette of Winwood’s songs without altering them beyond recognition.

The recordings, from Winwood’s personal collection, could have done with a bit less compression and a better sense of the spaces where the music was performed. But Winwood is in good voice throughout, and the playing is consistently exciting. Whether or not there will be any new Winwood hits, Greatest Hits Live is the work of a vital musician still worth hearing.