Alphonse Mouzon: "In Search of a Dream"

Alphonse Mouzon, who died last year at age 68, was a jazz drummer and record-label owner who played on Weather Report’s first album, and appeared on recordings by Larry Coryell, Wayne Shorter, Herbie Hancock, and many others. He had recorded four LPs as a leader for Blue Note when the German label MPS released Virtue in 1976, and he returned to MPS two years later with In Search of a Dream.

Not surprisingly, both MPS recordings show the influence of Mouzon’s stint with Weather Report, but Larry Coryell’s Eleventh House also shows up in many of the tracks on In Search of a Dream because of guitarist Philip Catherine’s jazz-rock style. Add some hints of funk, and this album successfully brings together several strains of 1970s fusion in an enjoyable brew.

I compared two MPS editions of In Search of a Dream: the new vinyl, and a 2014 CD released as part of the Kultur Spiegel series, in collaboration with the German news magazine Der Spiegel. MPS has also released a newer CD edition, on the same date as this LP. 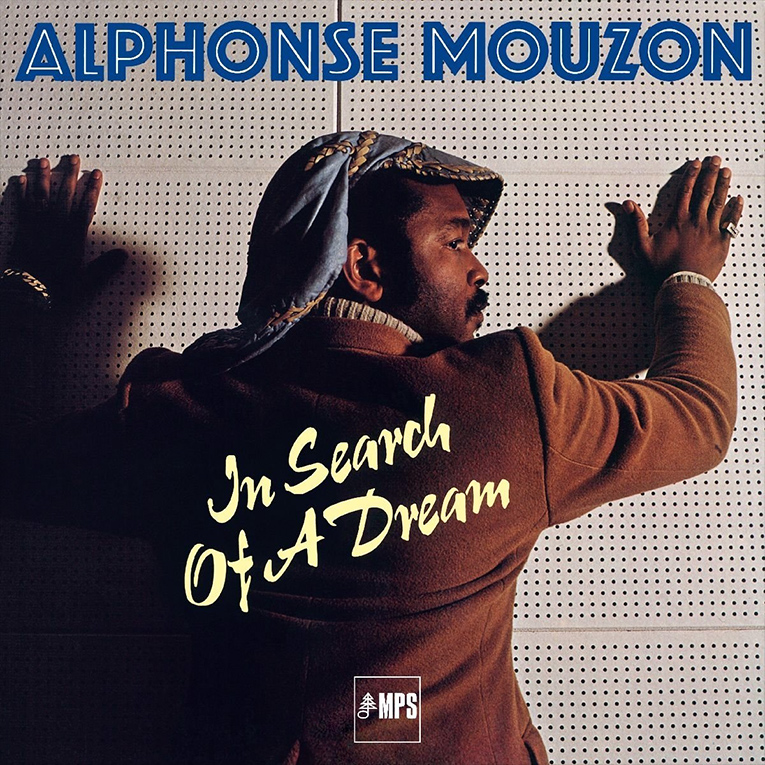 From Mouzon’s opening rimshot in the first track, “Nightmare,” the deep, wide soundstage of the new LP pulled me into the music in a way that the 2014 CD did not. Miroslav Vitous’s electric bass is full and thumping on CD, but his strings have a firmer edge on vinyl, and his playing has more impact: it’s cleaner, with a higher-toned snap that hits harder.

Mouzon’s drums are more expansive on LP, and because they’re spread across the soundstage, it’s easier to visualize the placement of each drum and to hear the cymbals’ tonal character. During his solo in the second track, “Electric Moon,” the cymbals are more focused and sustain longer, and the kickdrum moves more air. On CD, Mouzon’s solo are soft at the edges, and I found myself losing interest; on vinyl, it’s consistently powerful and impressive.

Philip Catherine’s electric guitar sounds more distinct on vinyl throughout the album, his notes richer and more complex; it’s easier to hear him switching pickups or effects to change his tone. Joachim Kühn’s electric-piano solo is assertive and bright on this pressing, but sounds a little reserved on CD. Mouzon’s ride cymbal and snare in Catherine’s “Electric Moon” are lusher and bigger on vinyl, and Vitous’s bass has a fuller, more complex tone, with more defined attacks. Bob Malik’s tenor sax sounds more realistic and tonally correct, and it’s easier to hear individual instruments as the performance builds. 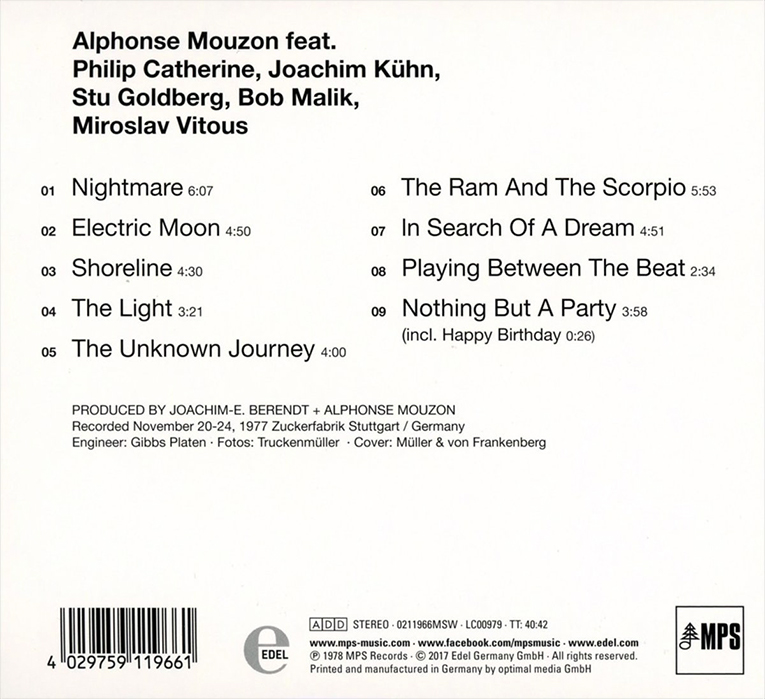 Throughout the LP, instruments come out into the room to grab my ear and enrich my experience. Mouzon plays electric piano in tandem with Catherine’s guitar arpeggios in “The Unknown Journey,” and on vinyl the interaction of the instruments is more obvious. Vitous’s bass is so much better defined on LP that his central role in how the tracks developed is more pronounced. The tone of Catherine’s guitar often sounds metallic and scattered on CD; on vinyl, it opens up into a more engaging, more nuanced sound.

But this album belongs to the leader, and on LP Mouzon sounds more tastefully musical, even in fast, flashy passages. Drum rolls and cymbal splashes now sound more like intelligent choices than the mere showiness they can be taken for on the CD, with its somewhat flat sound. Mouzon weaves together drums, his voice, and handclaps in “Playing Between the Beat,” and on vinyl his wit, skill, and good humor are presented in a much more vivid, involving way.

In Search of a Dream is not one of the better-known recordings of the fusion era, and that’s a shame -- its skillful blend of jazz, rock, and funk holds up far better than many other recordings of the time. Just a few months ago, I expressed some concern that MPS might not continue its vinyl reissues, but the recent appearance from them of this and four other albums on LP signals that we can continue to enjoy some of the label’s best recordings in carefully mastered, well pressed vinyl.