The cover of Gary Peacock’s newest CD, Tangents, shows a group of trees, bare but for a few yellow leaves, in late fall or early winter. At 82, Peacock is in the winter of life, but if Tangents is any indication, playing music keeps him young and mentally alert.

Tangents is Peacock’s second trio recording for ECM with pianist Marc Copland and drummer Joey Baron, though he’s recorded other albums as a leader for the label. The piano-trio format is a familiar one for him. He was the bassist in Keith Jarrett’s Standards Trio for 30 years, and appeared on trio recordings by Bill Evans, Mal Waldron, and Don Pullen.

Peacock begins the disc with a brief, muscular solo in “Contact,” one of five of his compositions on the disc. Copland then enters, splashing impressionistic chords behind him as Baron adds cymbal taps. As the music builds, it becomes more rhythmically centered, Copland playing sustained chords and Baron adding more color on snare. The tune is engaging and just slightly off center. Its balance of edginess and melodic inventiveness helps sets the tone for the rest of the album.

In “December Greenwings,” a Peacock composition from the late 1970s, the trio begins in starts and stops before giving way to a solo from Peacock, Copland filling in with dark chords and Baron weaving a complex web of rhythm. As the track builds in intensity and drama, Copland’s playing is thoughtful, probing, and smart, aided by Peacock’s firm melodic hand. Baron alternates between brushes and sticks to create a background that emphasizes the tune’s emotional drama. 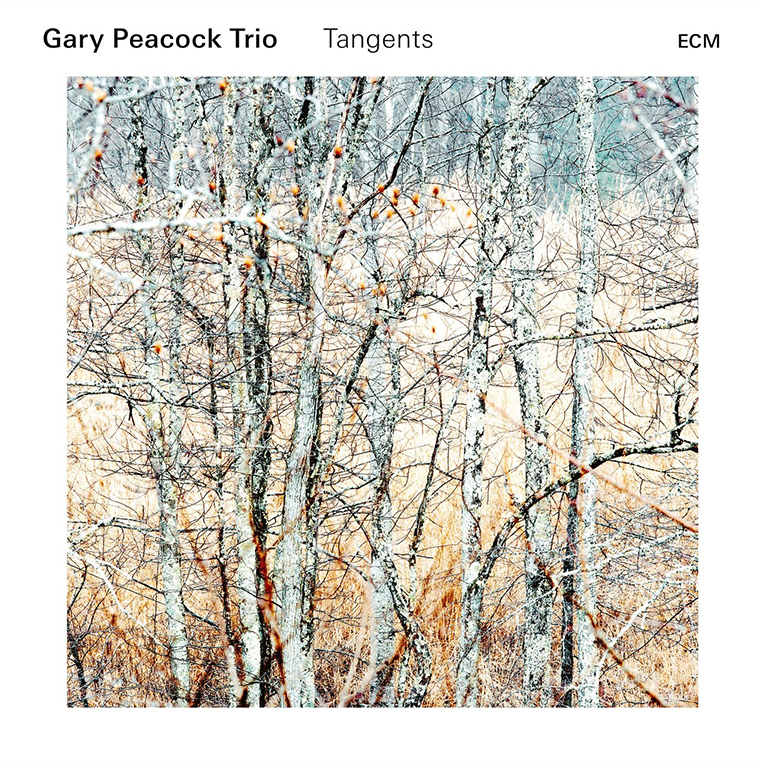 “Empty Forest,” an improvisation credited to all three players, is a fine example of how well this trio balances lyricism with avant-garde experimentalism. Peacock and Copland trade melodies, with Copland playing angular melodic intervals and sharply stated chords that Peacock answers with firm, well-anchored lines. Baron uses mallets to create a soft but full sound on drums that expands and surrounds the music to create a dreamlike background for the other two.

Copland has played “Spartacus” on two of his own releases, including Poetic Motion, a 2001 solo outing. This trio plays Alex North’s beautiful melody, composed for the 1960 film, with great care, Peacock pitting full-bodied bass countermelodies against Copland’s sustained high notes, and Baron’s careful brushwork highlighting the arrangement’s sensitivity and nuance. Miles Davis’s “Blue in Green,” from his Kind of Blue, is another sensitively handled ballad, but in both tracks this trio subverts expectations and takes chances, finding new things to say in well-established tunes.

Peacock’s gospel-toned “Rumblin’” features a bouncy, well-crafted solo from its composer, and almost imperceptible shifts in tone and feel from Copland. In the title track the group begins in a moody, minor key; this leads to a more open, swinging section that expands on the opening themes and brings the album to a satisfying close.

Throughout Tangents, Peacock, Copland, and Baron respond to each other intuitively in ways that ensure that even the album’s most challenging tracks remain cohesive. Peacock is often the rhythmic center, allowing Baron to add colors and textures (e.g., “Empty Forest”), and Copland’s harmonically rich chords bring fullness and beauty to every track.

Recorded at Auditorio Stelio Molo RSI, in Lugano, Switzerland, the sound of Tangents is beautifully detailed. The lowest notes of Peacock’s double bass are presented with great impact, while the other instruments still have enough space to register strongly. I was easily able to visualize the dimensions of the recording space. This music demands sound of this quality, and the combination rewards the listener.