Although Bill Frisell has appeared as a sideman on recent ECM recordings, such as the Andrew Cyrille Quartet’s The Declaration of Musical Independence (2016), he hasn’t led a session for the label since Lookout for Hope (1988). Small Town is co-credited to him and to double bassist Thomas Morgan, but Frisell gets top billing -- for him, it’s effectively a return to ECM.

Guitarist has worked with bassist before, notably on The Windmills of Your Mind, drummer Paul Motian’s final recording. Morgan’s skills have led to his appearance, at a somewhat young 35, on more than 30 recordings. Frisell and Morgan recorded the duets on Small Town in March at the Village Vanguard, where in 1984 Frisell, Motian, and Joe Lovano had recorded a live album for ECM, It Should’ve Happened a Long Time Ago. 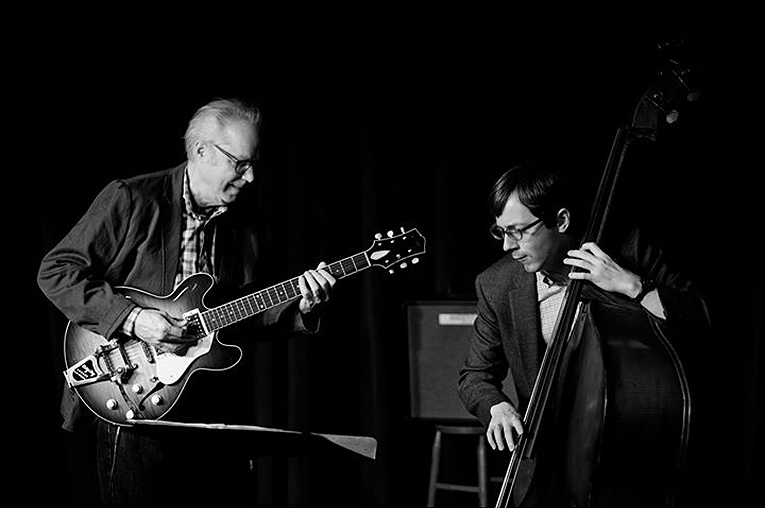 Frisell and Morgan begin by revisiting that album’s title track, by Motian. The music unfolds slowly, Morgan filling in around Frisell and giving the song a firm grounding. Frisell uses a looper pedal to build layers of sound, and plays simple but affecting melodies and intervals to create a contemplative atmosphere that Morgan enriches with countermelodies and rhythmic drive. Near the end, Frisell uses the looper to create a backward-tape sound that closes the track on an otherworldly note.

Frisell and Morgan play “Subconscious Lee” as a tribute to its composer, Lee Konitz, who was in the audience for one of these shows. Frisell plays the song without effects, and the result is one of his most straightforward performances, as Morgan provides a bouncy, melodic background. Frisell’s “Song for Andrew No.1” debuted on The Declaration of Musical Independence, but in this performance Morgan takes on Andrew Cyrille’s job of providing a rhythmic center, while Frisell uses effects to create a haunting atmosphere as he probes the melody. 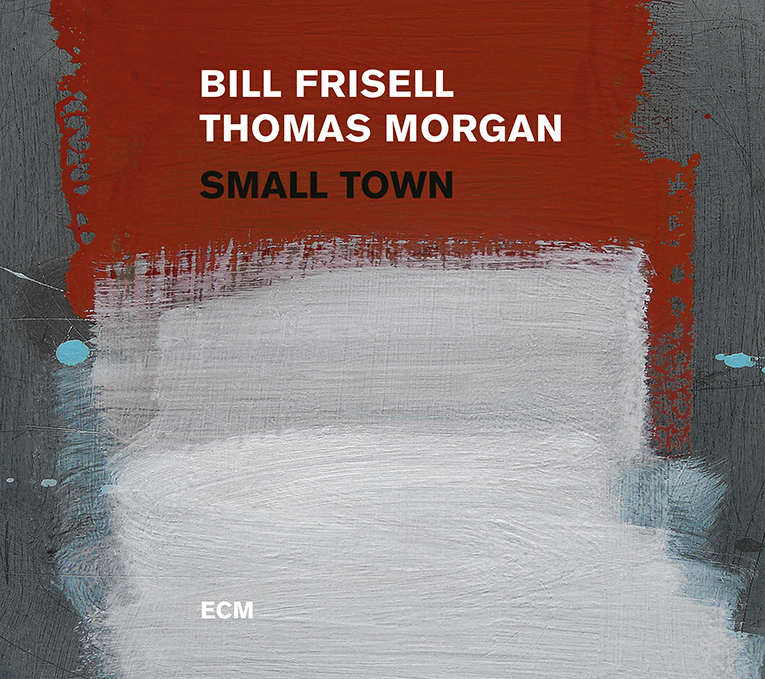 Frisell first recorded “Wildwood Flower,” a song made popular by the Carter Family, on Ghost Town (2000). He and Morgan stay true to the song’s country heritage while taking great improvisational flights. Morgan’s solo is jaunty and loose, while Frisell’s fingerpicking and solos take the song apart from different angles without losing track of its center. The spring reverb and low guitar notes in “Goldfinger” evoke the mid-1960s world of the early James Bond films; Frisell’s interpretation is witty, but respectful of film composer John Barry’s melodies and the possibilities suggested by the theme’s opening chord progression.

Morgan gives Frisell the support he needs for his improvisations, whether in the expansively contemplative “Poet-Pearl” or the more straightforward “What a Party,” a Fats Domino tune that sounds very much like a tribute to Gabor Szabo, a guitarist I’ve long felt must have influenced Frisell. Throughout Small Town, Frisell and Morgan interact intuitively, feeding each other ideas that they then expand and build on. 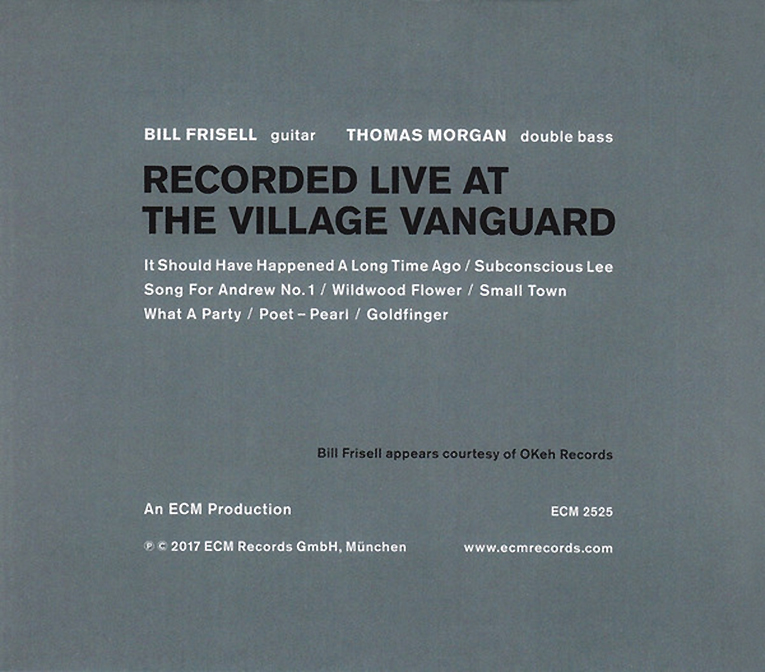 Recording engineers James A. Farber and Paul Zinman put you at a center table at the Village Vanguard, and the occasional cough or clinked glass gives the ambiance a live immediacy. More important, the instruments register cleanly and accurately. Morgan’s double bass is large and full, and Frisell’s sweeping chords expand to fill the room. I felt I was in the Vanguard with this formidable duo for these moments of inspiration. They should do this kind of recording as often as they wish.