Procol Harum has been around intermittently since 1967 -- they broke up in 1977, and reformed in 1991. For their first decade, the band released a new LP every year or two, but since getting back together they’ve taken much longer between releases. Novum is Procol Harum’s third studio album since 1991, following a gap of 14 years since the last one, The Well’s on Fire. Gary Brooker is the only original member left.

Novum is the first Procol Harum album that doesn’t feature lyrics by Keith Reid. This time around, Pete Brown, best known for his collaborations with Jack Bruce of Cream, wrote most of the lyrics. (Brooker writes most of the music.) Brown’s work with Bruce was often surrealistic, but here he’s more straightforward. The songs play to the band’s strengths -- Brooker’s voice and piano -- and lean toward Procol Harum’s rock side rather than the progressive rock of their early albums. 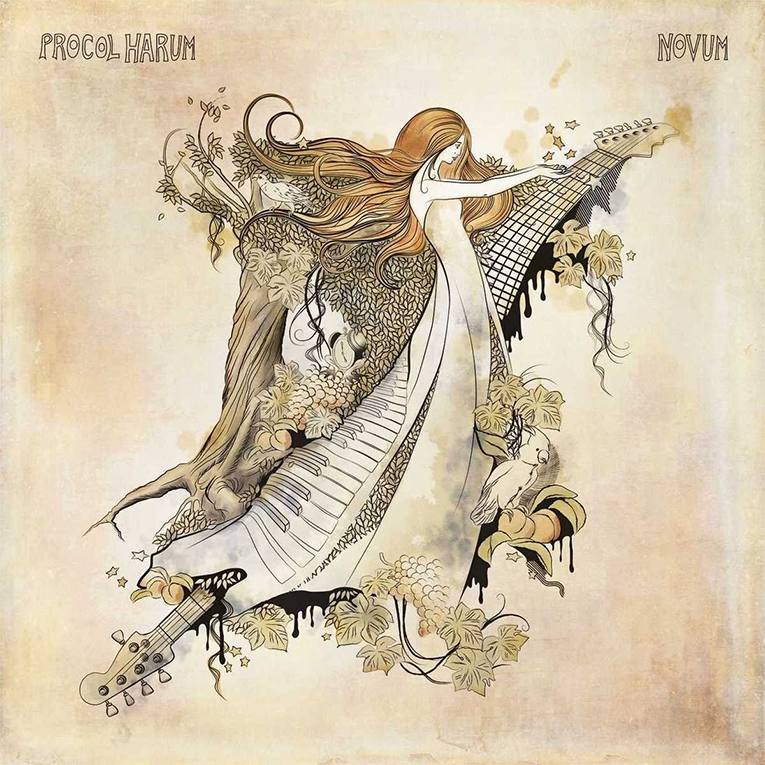 Brooker’s piano introduces “I Told on You,” but Geoff Whitehorn’s guitar quickly kicks it into a rock groove. At 72, Brooker’s voice is less elastic than it used to be, and he strains just a little to hit the high notes. If anything, those limitations give his singing more emotional weight. The rest of the band provides backing vocals on the chorus, and their everyman quality serves to emphasize Brooker’s unique voice and singing.

“Image of the Beast” is the sort of blues-rock that Procol Harum tosses off with ease, and its message about the corrosive effects of money seems more current than ever. Josh Phillips’s swirling Hammond organ percolates in the background, and Whitehorn’s slashing guitar lines create an air of menace that strengthens the mood of the lyrics. “Businessman” returns to the same theme, while “Soldier” makes the case for pacifism through the eyes of a soldier in the Middle East. It seems that in 50 years little has changed.

The best tracks on Novum are three ballads that showcase Brooker’s voice and the band’s versatility. He sings “Sunday Morning” with tremendous sensitivity, and a skillful use of dynamics that’s buoyed up by Phillips’s effective arrangement for synthesized strings, played on a Yamaha Montage 8 synth. “The Only One” grows in intensity over six minutes with help from Whitehorn’s melody lines and a beautiful acoustic guitar solo. The album closes strongly with “Somewhen” -- just Brooker, accompanying himself on piano in this delicate and affecting love song. 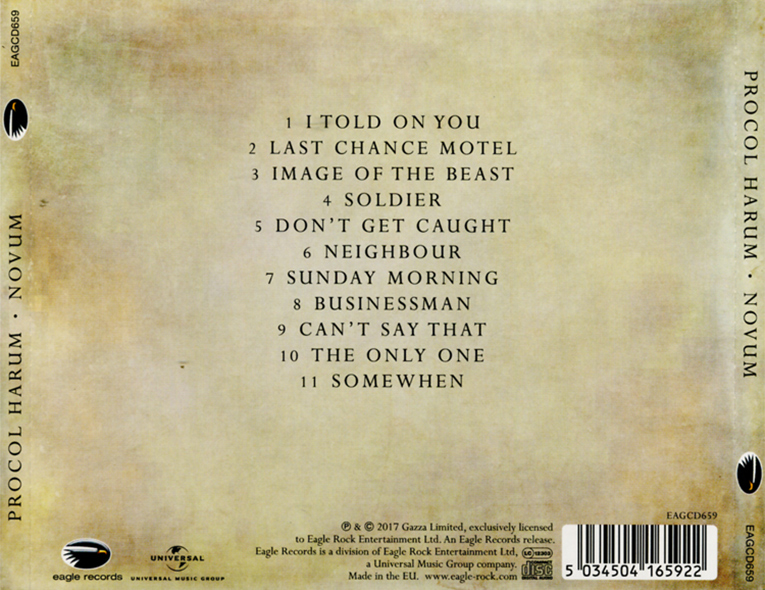 The current lineup of Procol Harum has been touring for the past ten years, and the players mesh together easily. The bass playing of Matt Pegg, son of Fairport Convention bassist Dave Pegg, is melodic and keeps the tunes well grounded, Jeff Dunn’s drumming is muscular without overpowering the songs, and Phillips’s Hammond organ playing keeps an important part of the band’s sound alive. Whitehorn doesn’t show off, but his playing is effective and strong throughout.

Engineer Mo Hausler has captured Procol’s sound in enough detail to convey how well these musicians interact, and with a solid punch that gives the songs the excitement they need to come across. Novum is not Procol Harum in its glory, but an album by a working band in good form, playing memorable songs.