It’s hard to think of a songwriter from the great British bands of the 1960s who is more British in his themes and music than Ray Davies. Two of his masterpieces with the Kinks, The Kinks Are the Village Green Preservation Society (1968) and Arthur (Or the Decline and Fall of the British Empire) (1969), look at various aspects of English life and the ways they changed in the 20th century as the Empire declined.

On the other hand, Davies, like many of his contemporaries in the UK, was enormously influenced by American rock’n’roll, and lived for a time in New Orleans. His relationship with the States has been difficult. He threw a punch at a stagehand in 1965, which got the Kinks banned from performing in the US for four years, and was shot in the leg during a robbery in New Orleans. 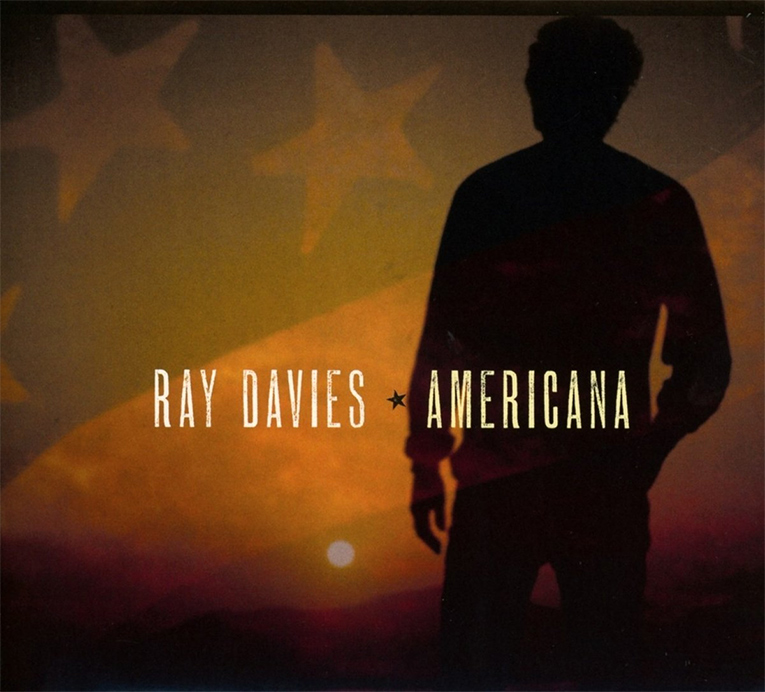 Americana, Davies’s fifth solo album, is a look at America through the eyes of an English songwriter whose view of the country was formed through music and movies, then changed over the years as he experienced it firsthand. In the title tune, he recalls his romance with the America he saw in films as a boy. Twangy guitar lines courtesy the Jayhawks, who back Davies throughout the album, give this track a good-ol’-boy ambience that’s solidified by Melvin Duffy’s pedal steel guitar. Davies’s lyrics express a longing for a past that Americans themselves often sentimentalize.

“A Place in Your Heart” contains as many echoes of singing cowboys from films as from country music. Karen Grotberg, who sings and plays keyboards for the Jayhawks, duets with Davies on this song, which evokes images of travel across the Midwest. The vastness of the landscape seems to emphasize the tenuousness and difficulty of relationships for a touring musician. Grotberg also helps out in “Message from the Road”; here again, Davies is adept at describing the complexity of remaining close to family when you’re halfway across the world.

“The Deal” shows sunny L.A. as a Mecca for con artists -- or, really, people who end up conning themselves. When Davies wrote “Celluloid Heroes,” in 1972, he gave Hollywood’s mixture of hope and failure a touch of tarnished glamour. Here the narrator is both despicable and pitiful. The same character could be narrating “Wings of Fantasy,” in which he sings of “Living in denial, chasing the dream.” The song’s bouncy melody presents a sunny exterior with a darker inner meaning. 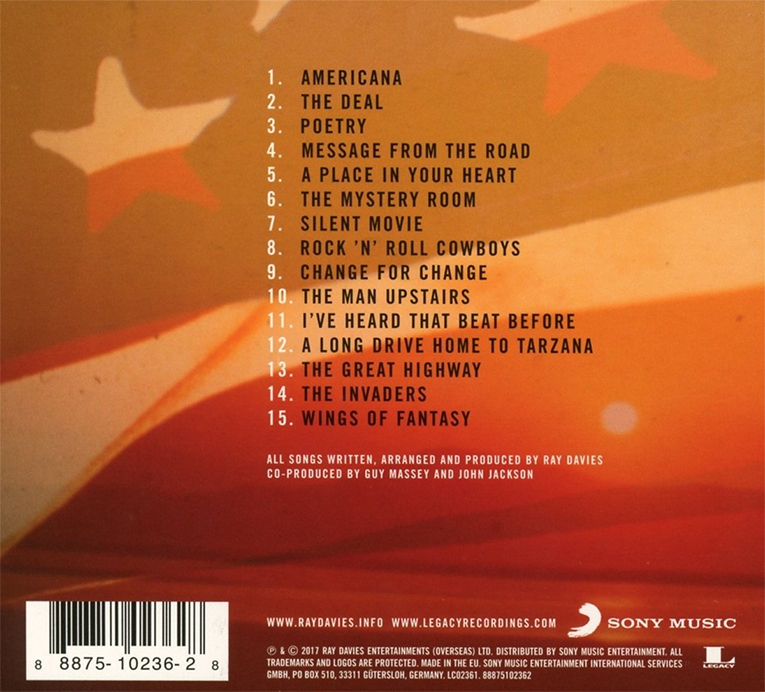 I had to let Americana settle in for a while. The first few times I played it, I thought that, at nearly an hour, it was too long, and that trimming a track or two would have made for a tighter album. But a handful of listens later and Davies’s stories of the call of America and his experiences traveling through it as a touring musician came together, each song helping to fill in the picture. Davies has written about the life of a musician before, especially in Everybody’s in Show-Biz (1972), which focused on the monotony of touring; Americana goes deeper and looks at the emotional toll.

The Jayhawks, along with a few other musicians here and there, perform wonderfully in a variety of styles. Grotberg’s vocals, as both duet partner and backing singer, bring a tender quality to the songs that helps make Davies’s observations even more poignant. Josh Green and producer Guy Massey engineered and mixed the album, and Bob Ludwig mastered; the sound is natural and inviting.

Davies says he has another disc of material built around these same themes. After this return to form, I look forward to hearing it.