“The Timex Shows Vol. 2: To the Ladies and Welcome Home Elvis”

Frank Sinatra played roughly the same role for the generation that grew up during WWII that the Beatles and/or Bob Dylan did for Baby Boomers. Even Boomers who knew little of their parents’ music knew Sinatra, and many of them became fans. Some of Sinatra’s peers left their mark, but he was larger than life, in a career that included movie stardom, and record sales that totaled 150 million.

Although Sinatra enjoyed success on radio, he never really clicked on television. He starred in The Frank Sinatra Show, a musical-variety show on CBS (1950-52), then returned to TV for a single season (1957-58) of a variety-drama show. When ABC canceled that show, he still had two years remaining on his contract, and returned in late 1959 with four shows sponsored by Timex.

Eagle Rock has released two of the Timex shows each on two separate, reasonably priced DVDs. The shows are typical variety-show fare for the time, with the star and guests singing, dancing, and appearing in comedy sketches. The first broadcast, The Frank Sinatra Timex Show, opens with Bing Crosby, Mitzi Gaynor, and Dean Martin singing “High Hopes,” from the 1959 film A Hole in the Head (in which Sinatra starred), with slightly changed lyrics; Sinatra joins in for a bit of banter. Later, Gaynor gets a dance feature, then sings with Bing and Martin; finally, all four participate in some medleys. 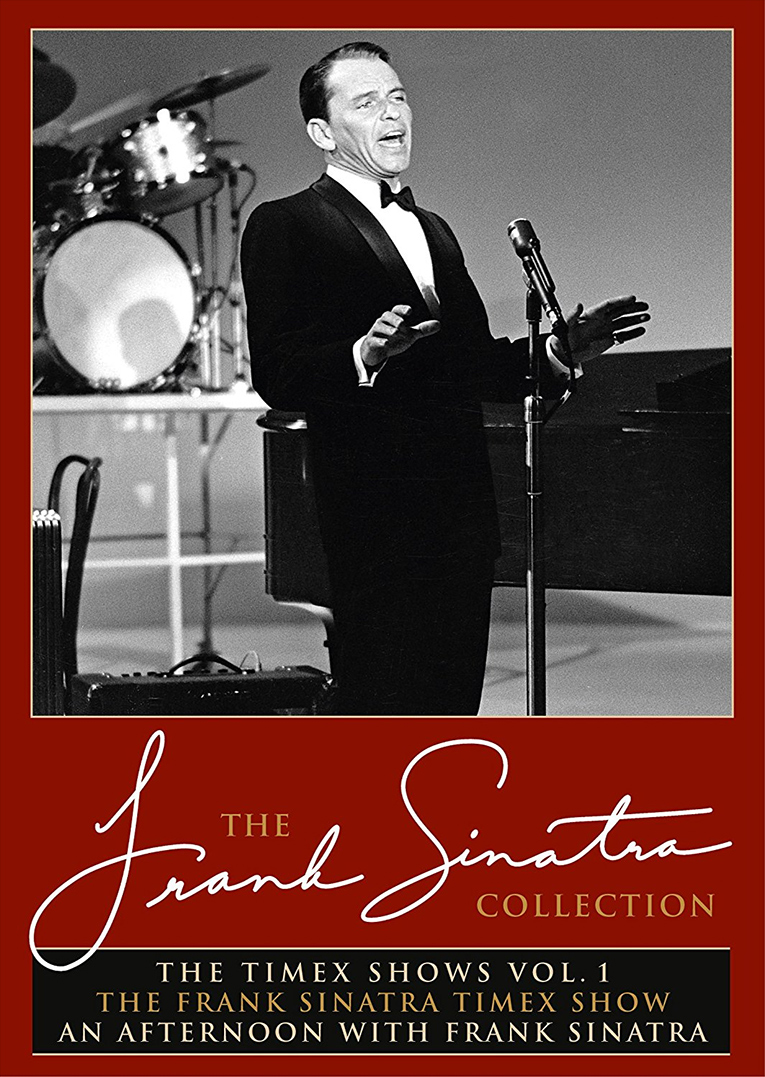 The high points, from this distance, are Sinatra’s. He sings “Day In, Day Out,” Nelson Riddle’s orchestra cooking behind him, and appears later in the show for three numbers with a small jazz combo. In both sets he’s in command, doing what he does best, fully at ease in a way that he isn’t in the rest of the show.

He loosens up a little in the second broadcast, An Afternoon with Frank Sinatra, with Ella Fitzgerald, Peter Lawford, Juliet Prowse, Hermione Gingold, and the Hi-Lo’s. Fitzgerald makes the show worthwhile, sounding fabulous in “There’s a Lull in My Life” and “Just You, Just Me,” and in a great duet with Sinatra: “Can’t We Be Friends?” Sinatra is first-rate in songs with Nelson Riddle backing him, and especially strong in two selections with vibraphonist Red Norvo’s combo.

Sinatra’s guests for the third show, For the Ladies, are Lena Horne, opera singer Mary Costa, comedienne Barbara Heller, and, in a return visit, Juliet Prowse. Horne is elegant, singing with a casual ease that matches Sinatra’s. Costa brings a highbrow touch to the show, Heller is amusing, and Prowse’s dance number is thoroughly enjoyable. Near the end of the show, Eleanor Roosevelt visits Sinatra and recites the lyrics to “High Hopes.”

The strangest of the shows is the last, Welcome Home Elvis, broadcast May 12, 1960. Presley had been discharged from the US Army two months before, and this appearance with Sinatra was his first on television since being inducted into the service in March 1958. The two singers seem uncomfortable together, and Elvis’s appearances with his band feel tentative, but there’s no denying his charisma. Sammy Davis Jr. is underutilized, Peter Lawford makes a brief appearance, and Sinatra’s daughter Nancy, then 19, swoons around Elvis. Joey Bishop’s talent seems to be to make everything around him become bland. 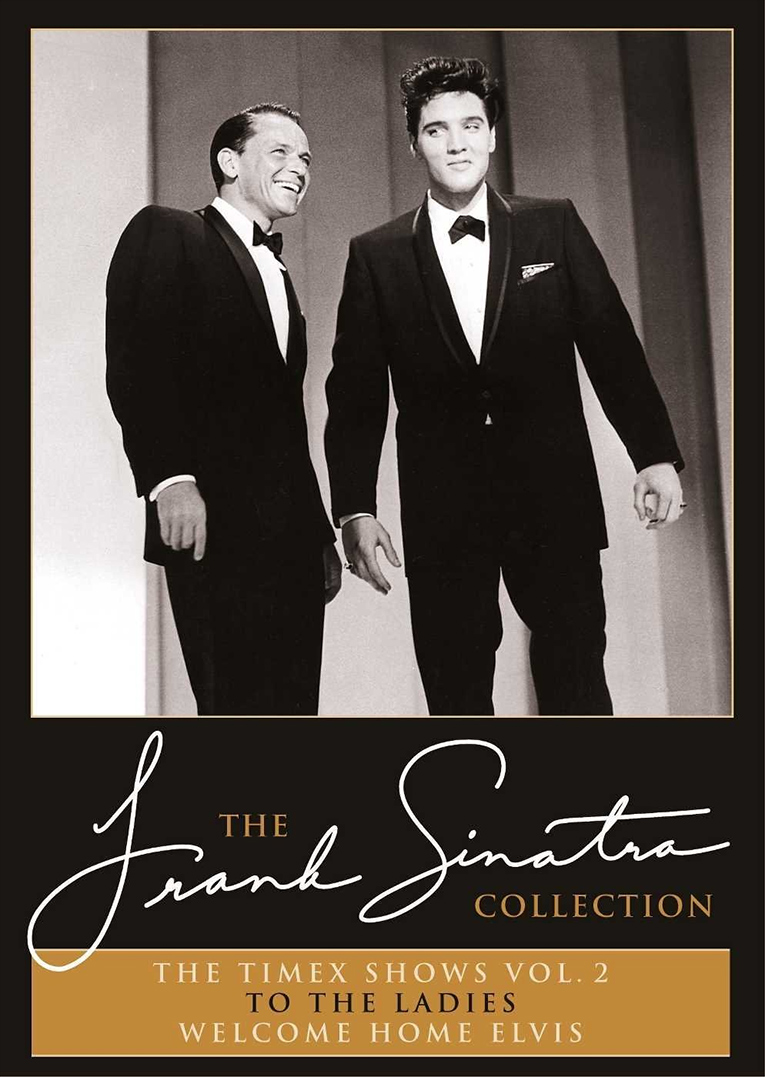 On all four shows, the men wear tuxedos and the women formal eveningwear, to create an air of class. Riddle’s arrangements bring out the best in all the singers, and Gaynor’s and Prowse’s dance sequences are prime examples of the kind of choreography that was common in television and movies in the 1950s. Watching these shows brought back distant memories of gathering with my family in front of a large black-and-white console for an evening of entertainment.

The mono sound and black-and-white video vary from show to show. The Frank Sinatra Timex Show is distorted and scratchy, the remaining three much better. Welcome Home Elvis has glitches here and there that appear to be the results of bad tracking in the source, but the print is relatively clean. These shows are worth watching for the times Bing Crosby gets off a zinger, for the singing of Fitzgerald and Horne, and for Presley’s star power, evident even in his discomfort.

The shows include ads from Timex, with actor and former TV newsman John Cameron Swayze putting watches through various torture tests. (“It’s still ticking!”) Everything was live, even the commercials, and the occasional mistake gives Swayze the chance to show his coolness under pressure. Sinatra shows his cool when he gets to sing, whether with a fellow master like Fitzgerald or on his own. Whenever he steps up to the mike, his command of his craft is truly impressive.