“If you tried to give rock and roll another name,” John Lennon once said, “you might call it ‘Chuck Berry’.” It’s hard to think of another figure in American popular music whose influence has been so pervasive. The Beatles, the Kinks, and countless other bands covered his songs, and the Rolling Stones probably wouldn’t exist without him. If you’re a rock’n’roll guitarist and you can’t play a Chuck Berry riff, you should put the instrument under your bed.

Berry, who died in March at age 90, was a singer, a guitarist, a showman, and a great songwriter -- a natural storyteller whose lyrics were smart and often funny, but just as often profound. His final recording, Chuck, released after his death, was his first since 1979. Any worries that Chuck might be the tired work of an old rocker are dispelled by the opening notes of “Wonderful Woman,” in which Berry’s son and grandson join him and Gary Clark Jr. for some impressive guitar fireworks. The song is a stomping rocker, moved along by Keith Robinson’s bright snare drum, and a fluid, spirited vocal from Chuck that sounds like the work of a much younger man.

“Big Boys” is the story of how Berry grew from a little boy to a world-renowned musician by being confident and holding his head high. Berry has played the riffs in this song thousands of times, and many thousands more have used them, including guest guitarist Tom Morello, but here they still sound fresh and fiery. Berry does a blues reading of “You Go to My Head,” a standard recorded by Billie Holiday and Frank Sinatra, among others. Robert Lohr’s New Orleans-style piano gives the tune some spice and simmer, but it’s Berry’s sly, knowing vocal that pulls it together. 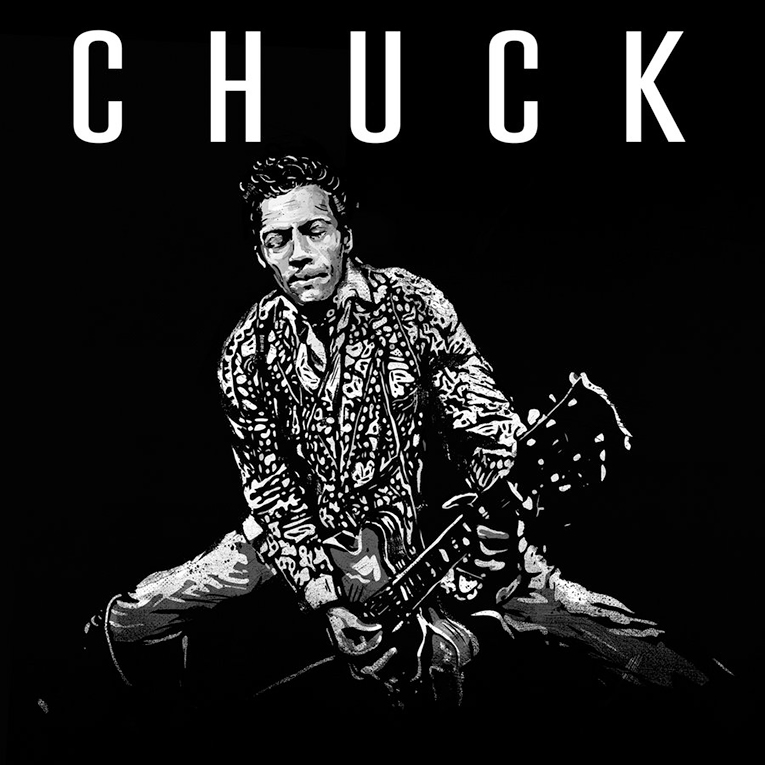 “Jamaica Moon” moves “Havana Moon” to a new spot, and “Lady B. Goode” is, by my count, the second sequel to “Johnny B. Goode.” Like “Havana,” “Jamaica” is a likable novelty, but “Lady B. Goode” joins “Wonderful Woman” as a tribute to Berry’s wife, Themetta Berry, to whom he dedicated this album. Berry’s son and grandson play powerful solos that suggest that Chuck’s guitar-playing talent has been passed down.

Berry and his daughter, Ingrid, duet on “Darlin’” (her full name is Darlin Ingrid Berry), a heartbreaking song about time’s passing and life’s approaching end. In songs like “Darlin’,” “Wonderful Woman,” and a cover of Tony Joe White’s “3/4 Time (Enchiladas),” Chuck feels like a personal summing up. Berry performed the third tune at Blueberry Hill, his club in St. Louis, and when he sings “There’s one thing for certain, there’s no one’s gonna get out alive,” it feels especially poignant.

But Chuck is neither sad nor solemn. Nor is it a masterpiece, but a strong, spirited goodbye from Chuck Berry. There’s an element of kitsch in “Dutchman,” some Old Testament wisdom in “Eyes of Man,” and nicely played blues in “She Still Loves You.” Robert Lohr’s distinctive piano playing gives these songs a lift, but the other players defer to the leader, and that feels like the right decision. I’d have preferred a more spacious recording, but the instruments register well enough.

Chuck reminds us of Charles Edward Anderson Berry’s many accomplishments over his long life, and even acknowledges some regrets along the way. It’s sad that this master of rock’n’roll is gone, but he went out strong.