Although, in his liner note for Rudy Van Gelder’s 2005 remastering of Gene Ammons’s Boss Tenor, Bob Porter calls this 1960 recording a “masterpiece,” he points out that Ammons was not in great shape at the time: “That it came off as well as it did is something remarkable. Take a look at the cover photo. Gene Ammons is as high as a Georgia pine.” Indeed, Ammons looks as if he’ll nod out at any moment.

Any discussion of Gene Ammons seems to come around to his drug use. Two stints in jail interrupted his career, so it’s amazing that he led more than 50 sessions in his short life (he was 49 when he died), most of them very good. I have a number of his recordings, including Analogue Productions’ vinyl reissue of Blue Gene, a 1958 recording for Prestige, and they’re all highly enjoyable and accessible. But Porter is right: Boss Tenor is Ammons at his peak. 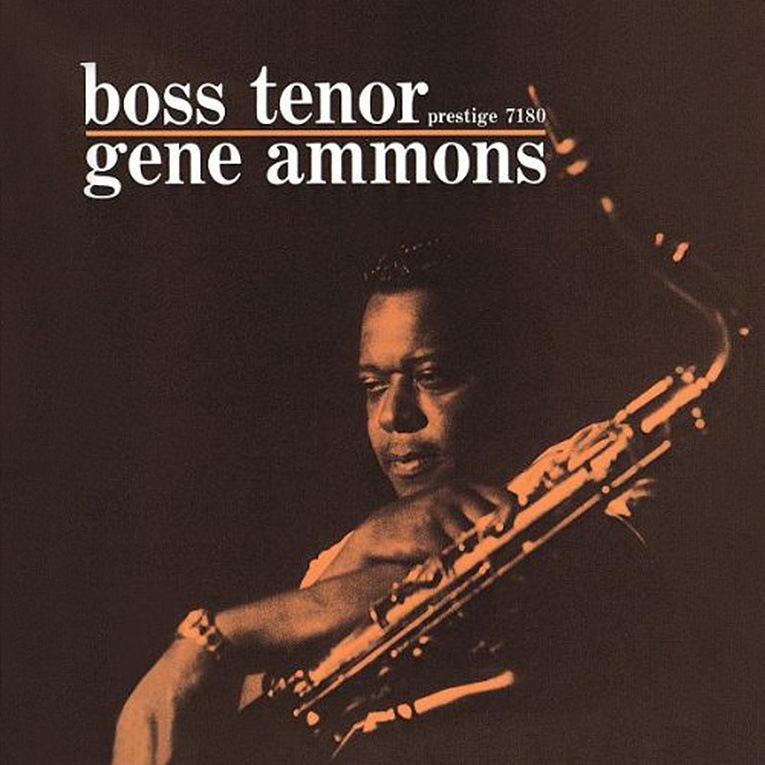 “Hittin’ the Jug” is the kind of slow-burn blues that Ammons excelled at, and Van Gelder’s 2005 remastering of it grabs your attention right away. Doug Watkins’s double bass is forceful in support of Tommy Flanagan’s piano in the opening, and Ammons’s tenor lines cut sharply. Kevin Grey remastered Boss Tenor for Analogue Productions, and to listen to “Hittin’ the Jug” on this new 33.33rpm edition is to be treated to a more spacious sound. Watkins still sounds powerful, but his bass doesn’t push against the other instruments, as it does on CD. As a result, it’s much easier to hear the fullness of Flanagan’s chords, the sizzle of Arthur Taylor’s cymbals.

By track 2, “Close Your Eyes,” it was clear to me that Grey had arrayed the instruments across a wider soundstage than Van Gelder had. It’s easy to hear that Ammons and conga player Ray Barretto are now solidly to the left, which lets you hear Barretto more clearly. Each of the five players now has more room to move around and interact.

In “My Romance,” Ammons is less forward, more caressing on LP; on CD, he’s positioned more to the center, and pushed out in front of the other players. On CD, the beauty of Taylor’s brushwork is overshadowed, but on the new vinyl the tones of his drums in “Canadian Sunset” are easier to hear -- as are Flanagan’s chords, which sound comparatively indistinct on CD.

The 2005 CD sounds bigger and brighter than the new LP, but Grey has allowed the music to come more alive. Barretto’s congas in “Blue Ammons” are beside and slightly behind Ammons instead of rubbing up against him, as they do on the CD. The notes of Flanagan’s solo are sustained longer and are more nuanced. Taylor’s drum feature has as much impact and snap on vinyl as on CD, but it rings out more clearly and is more three-dimensional.

In the decade since its release, I’ve very much enjoyed Rudy Van Gelder’s remastering of Boss Tenor. But Kevin Grey has given the music a larger soundstage that gives it more air to breathe. It sounds more realistic, and Ammons’s tone is warmer and less aggressive. Casual -- even attentive -- listeners should be fine with the CD, but anyone who loves Boss Tenor should own this new Analogue Productions edition.