I am always tempted to throw words like “daring” and “experimental” at Wilco, but my favorite discs by them are so tuneful it is easy to forget the thorny guitar sounds that sometimes populate them. Summerteeth (1999), Sky Blue Sky (2007), and The Whole Love (2011) are filled with melodies that stay with you the way the great AM hits of the ’60s did, but with enough noise and edge to make them bracing and challenging.

Star Wars is the band’s ninth studio album (Wilco also released two collaborations with singer Billy Bragg) and they released it without fanfare as a free download in July before making it available later on CD and vinyl. At just under 34 minutes, it is Wilco’s shortest album. The disc’s 11 tunes are as memorable as any Jeff Tweedy, the band’s leader, has written, but Star Wars increases the noise level. Wilco loves dissonant, scratchy guitars as much as Neil Young does, and here they go beyond even the sonic flights of A Ghost is Born (2004).

“EKG” opens the disc on what sounds at first like a chaotic note, but a second listen reveals a tight, logical structure that comes together the way Captain Beefheart’s arrangements did. The track prepares you for the rest of the disc, which balances accessibility with strangeness. The acoustic guitar on “More . . .” invites you into a relaxed listen, but gnarly guitars and swirling effects give the song a cool edginess.

“Random Name Generator” is the kind of great, riffy song Wilco excels at. The opening guitar lines grab you right away, but the band adds blistering, overdriven chords and keyboards that build layer by layer to a satisfying, devastating conclusion. The opening riff stays at the center of the song, so even with all the stormy dissonance it remains a great rock tune. Tweedy has the soul of a rocker, so his songs stay firmly grounded even at their most avant-garde. 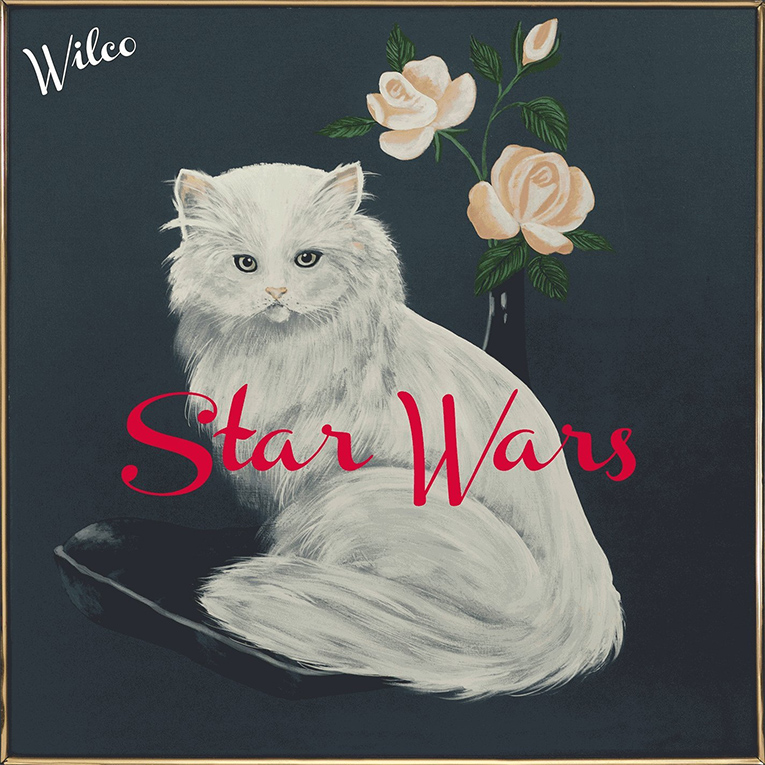 That rock’n’roll soul takes in everything from the loopy guitar on “The Joke Explained” to the droning, jagged aggression of “You Satellite,” which uses just two chords to makes its case. “Pickled Ginger” grafts stuttering guitars and electronic effects onto a fuzz-toned T. Rex-style workout. Tweedy has always known how to write songs built on chord progressions that sound both new and familiar. “You Satellite” evokes the Velvet Underground, “Magnetized” is an obvious tribute to John Lennon, and “Cold Slope” has a bit of early Bowie in it.

Guitarist Nels Cline, who joined Wilco in 2004, has a background in free jazz and experimental pop that has always fit well with the band’s mission. He gets full rein on Star Wars, and it is his guitar skronk that gives the tracks their exhilarating strangeness, although I will wager that Tweedy handles some of the solos. Cline is also a finesse player who can add a perfectly lovely solo to “Taste the Ceiling” or “Magnetized.”

Wilco functions so well as a band, though, that each player brings key things to each track. Drummer Glenn Kotche keeps solid time, but adds color to every tune. Pat Sansone and Mikael Jorgensen are responsible for keyboards and electronic effects that deepen the songs. Bassist John Stirratt’s job is to maintain order, which he does admirably on even the most unusual tracks.

Tom Schick and Tweedy produced, engineered, and mixed Star Wars, and Bob Ludwig mastered it. Medium tempo, somewhat subdued tunes such as “Taste the Ceiling” and “Where Do I Begin” give the disc dynamic range, but every track is packed with detail, and Ludwig helps bring out the richness of the recording.

The best Wilco albums have you replaying their songs in your mind after a few plays, even as Tweedy and company gently subvert or transform your notions of how a pop song should behave. Guitar sounds, hooks, and melodies from Star Wars stay with you after a handful of plays. It feels looser than other Wilco discs, more visceral and less fussed over, and as a consequence it is the most straight-ahead rocker they have made. I am tempted to say it is not a masterpiece, but I will not be surprised if I revise that opinion years from now. At the very least, it is a very good record by one of America’s best bands.