David Gilmour certainly takes his time between recordings. He has released four discs since 1978, and there was a more than 20-year gap between his second LP, About Face (1984), and his next outing, On an Island (2006). He was at the helm for two Pink Floyd records during that period, A Momentary Lapse of Reason (1987) and The Division Bell (1994), both of which sold well but received largely poor notices.

Gilmour told Billboard that his newest disc, Rattle That Lock, is “. . . sort of a day in the life, where it’s just ideas and thoughts that you might have during the course of a day.” That’s a loose concept, to be sure, but the thoughts that comprise the lyrics of the ten songs are those of a man nearing 70. Age, the passing of time, and memories -- fond and bittersweet -- of life and friends are the themes that hold Rattle That Lock together.

Anyone of Gilmour’s generation will understand the sadness, frustration, and anger expressed on “In Any Tongue,” where images of war remind us that the peace and love we had hoped for did not come. Gilmour’s son Gabriel plays a mournful piano that gives the track its emotional shape, and the vivid lyrics by the guitarist’s wife, novelist Polly Samson, convey the song’s message without preaching. 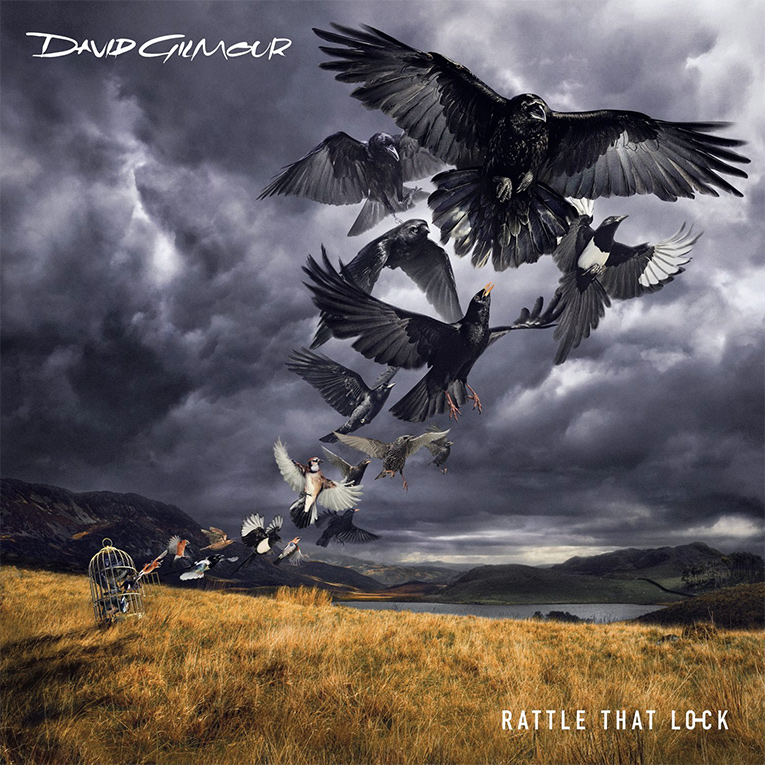 Gilmour wrote the piano line for “A Boat Lies Waiting” 18 years ago, and Samson set lyrics to it that pay tribute to her husband’s friend, Rick Wright, Pink Floyd’s keyboard player, who died in 2008. Gilmour’s plaintive slide guitar playing in the song’s lengthy instrumental intro evokes the sadness he feels at losing Wright. Graham Nash and David Crosby help Gilmour sing the somber, sweet-toned melody. “Dancing Right in Front of Me” evokes the English Music Hall tradition, the Beatles, and cocktail jazz in its memories of “. . . all the lives I once could see/Slipping to and slipping fro, disappearing.”

The title track is an exhortation to rebel against life’s constraints, but Samson’s lyrics, which she says are based on John Milton’s Paradise Lost, could have been more straightforward. It takes Gilmour’s guitar solo to give the tune shape. The songs that work best convey their themes musically as well as lyrically. We can sense Gilmour’s emotional state from the cabaret style of “Faces of Stone,” the jazz balladry of “The Girl in the Yellow Dress,” or the Pink Floyd-like atmosphere of “A Boat Lies Waiting.”

Not surprisingly, Rattle That Lock works best during Gilmour’s guitar solos. The three instrumentals show that his skills are undimmed, and throughout the disc his guitar usually states his intentions more clearly than the lyrics, especially Samson’s, which are often self-consciously arty. Good players, including Phil Manzanera, Roger Eno, Jools Holland, and Robert Wyatt, help create a sound as layered and sonically rich as Pink Floyd’s fans would expect, but Rattle That Lock doesn’t have the epic sweep or dramatic punch of that band’s work.

That’s fine. Gilmour’s given us a lot over the years, and on its on modest scale, Rattle That Lock succeeds. At this late stage in his career, the guitarist remembers some music that inspired him and friendships that carried him along, and the result is often moving and honest; a rare thing these days.