The Who: "The Who Sell Out"

Released in December 1967, The Who Sell Out fulfilled the promise of the band’s first two albums, moving it into the front ranks of the great British Invasion bands. When MCA reissued the album on CD in 1995, Who biographer Dave Marsh penned the liner notes. “For me,” he wrote, “The Who Sell Out is the greatest rock and roll album of its era and, as the years go by, seems more and more to me The Who’s consummate masterpiece.”

I agree with Marsh. I own several copies of Sell Out, both on CD and vinyl. I have the 1995 MCA CD release and the two-CD Polydor / UMC UK Deluxe Edition from 2009, which includes the original album in stereo and mono plus a generous helping of bonus material. I also have several vinyl copies, including a 1970 Track Record pressing that was part of the label’s budget Backtrack series; a two-LP MCA set from 1973 comprising A Quick One (Happy Jack) and The Who Sell Out; and 200-gram mono and 150-gram stereo versions of the album, mastered by Bernie Grundman and released by Classic Records in 2005.

There have been many Who reissues on vinyl in recent years, and I’ve ignored them, mainly because I have a number of Classic’s pressings of the albums and have been well satisfied with them. I’ve always felt that Sell Out could be improved upon, however. The mono version has too much sibilance in the vocals, but the stereo version, while better than my other vinyl copies of the album, never impressed me as much as Classic’s reissues of the other Who albums. 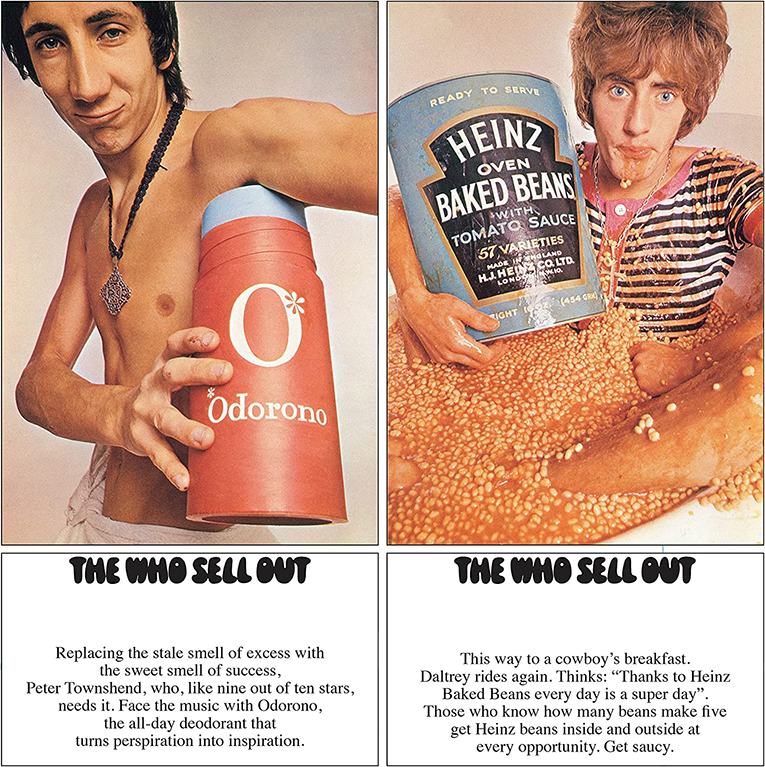 The latest set of Who reissues were cut for vinyl at half speed by Miles Showell at Abbey Road Studios. I was eager to hear the results of Showell’s work on Sell Out after hearing his vinyl cut for the reissue of Roxy Music’s Stranded, which I reviewed in July 2022 for SoundStage! Ultra. That LP was so impressive that I also picked up his vinyl reissue of Roxy’s Siren. Jon Astley, who has remastered The Who’s albums for release since the mid-1990s, prepared the master of Sell Out for Showell.

I emailed Astley to ask him what Showell used as the source for Sell Out. “Well, half-speed lacquers nowadays need to be from digital sources,” he responded, “so we are running 96k files. And in order to keep any sibilance down to a minimum, specific points on the master are de-essed, so the whole thing doesn’t have to go through a general de-esser on the lathe. That’s about it. The mastering is kept to a minimum of any digital processing. I use valve EQ and compression.”

I did a quick comparison of the other three stereo copies I have before going on to the new pressing. The US pressing from 1973 is reserved compared to the Track Records UK reissue from 1970, and sounds like it was cut from a second-generation tape. The 1970 pressing is livelier, but somewhat shrill on the top end. As I had thought, the Classic is the best of the three. The instruments are more balanced, and John Entwistle’s bass, in particular, is better served throughout. The Classic is my point of reference for this new pressing.

Pete Townshend wrote most of the tunes on Sell Out, while Entwistle wrote three of the album’s songs. However, the band gave the opening slot on the record to “Armenia City in the Sky,” a song by Townshend’s friend Speedy Keen, who would go on to form Thunderclap Newman. The track is a parody of psychedelia that uses the studio effects of the genre, including reverse tape loops, feedback, and phase shifting between channels.

Entwistle’s bass came forward more on the Classic than on my other copies of the LP, but it had a cleaner and more resolute attack on the new pressing. The swirling studio effects and the dynamics of the guitar lines were more substantial on the new pressing than I had heard before. Keith Moon’s drums came out better, although Grundman also gave them more weight in his master. Roger Daltry’s vocals on the song sounded more nuanced and three-dimensional on the new pressing.

Townshend’s acoustic guitar on “Mary Anne with the Shaky Hand” was warmer-toned on this new pressing, and I could hear more detail of his strumming technique. The güiro, a Latin American percussion instrument, accompanies Townshend’s guitar and its unique sound echoed fully and sounded more realistic. The tune enters an instrumental section, with Townshend playing flamenco-style guitar, and more percussion enters. Showell let the castanets and other percussion ring out more soundly, but I thought it still supported the guitar without crowding it. 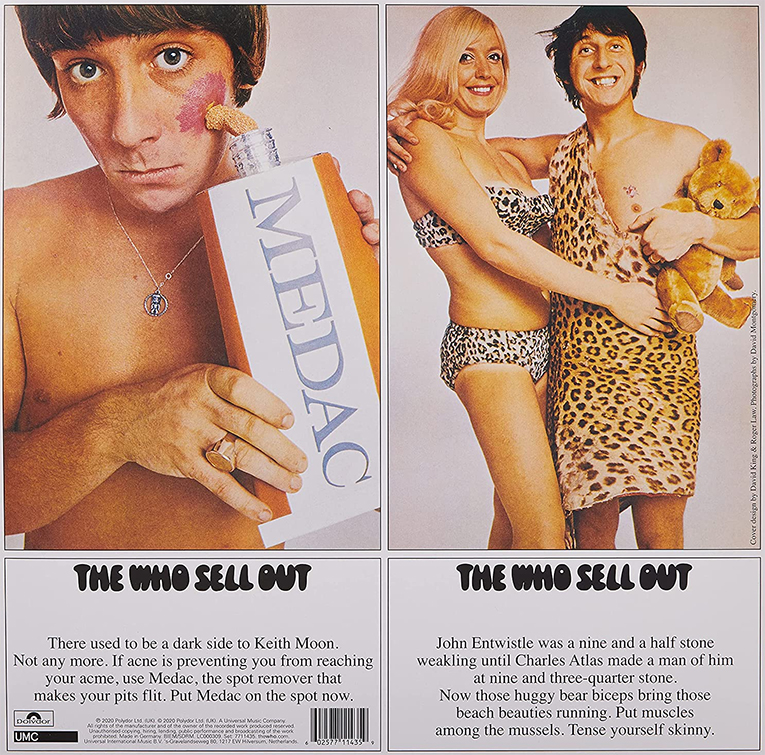 The electric-guitar arpeggios on “Tattoo,” “Odorono,” and “Our Love Was” had a satisfying ring on both pressings, but some smaller details on other instruments were better presented in Showell’s mastering. Entwistle’s bass, somewhat back in the mix on “Our Love Was,” was more audible, as were Moon’s cymbal accents. He strikes a cymbal bell at points in the song, and each time I heard it on the new pressing, the sound had a more tangible presence and lingered in the air longer than on the Classic LP.

“I Can See for Miles” roared out of my speakers from both pressings; but on the new LP, Moon’s snare had a sharper, more solid tone, Townshend’s rhythm guitar in the left channel was more impressive, and Daltry’s voice was more centered and forward in the soundstage. The tambourine on “I Can’t Reach You” had a sharper ring on the Classic pressing, but on the new LP it sounded more natural and didn’t impinge on the piano. Townshend’s acoustic guitar on “Sunrise” was more resonant and harmonically rich on the new pressing.

The packaging for the new release includes a “Half Speed Mastering Certificate” that explains Showell’s work, and a copy of the poster included with the original UK release. The album is also packaged with something similar to the obi found on Japanese pressings, which details the mastering pedigree and also lists the song titles. The LP was pressed in Germany, probably at Optimal Media, and my copy was silent and perfectly centered.

When I played the Classic pressing, I remembered why I preferred it to my other copies on vinyl, but also why I thought it fell short of the other Who reissues Grundman mastered. His versions of A Quick One, Tommy, and Quadrophenia sounded much better than any other vinyl or CD releases I owned—Sell Out, on the other hand, was much more enjoyable in the CD versions. I still think Astley’s mastering for the CDs is first rate, but his work here, in collaboration with Showell, has resulted in the best-sounding version of The Who Sell Out I’ve heard.