Ten years ago, I wrote about Ozella Music, a record label in Germany that releases well-recorded jazz albums, instrumental music that often defies category, and a few singer-songwriter titles. Recently, I was listening to some of the recordings I had previously reviewed and realized I hadn’t heard any news from the label for a while. I popped over to Ozella’s website to see what was going on there. A few days later, I opened my mailbox to find some new releases from the label. The three discs in the package were all worthwhile, but Villingsberg, an album of duets by pianist Helge Lien and guitarist Knut Hem, caught my ear immediately.

Lien is a jazz pianist whose work I’ve covered for the SoundStage! Network, but Hem’s name is new to me. Both musicians are from Norway, and what made the music on the disc stand out for me is Hem’s debt to American roots music, especially bluegrass. He plays a dobro and a Weissenborn lap steel guitar. The latter uses a unique tuning, but Hem also uses alternate tunings on the dobro. Jerry Douglas is clearly an inspiration, but Hem’s playing on Villingsberg shows an agile gift for improvisation based on his own ideas and playing style. Hem composed eight of the album’s ten tracks. 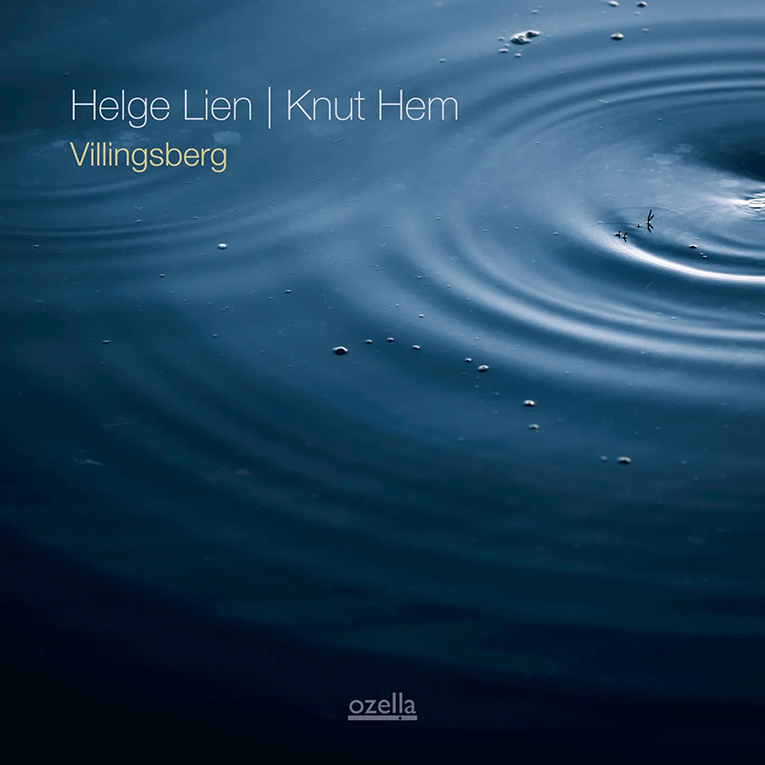 Lein plays a glittering, happy melody to announce “Peaceful Journey” and is soon joined by Hem’s slide guitar, playing clearly developed countermelodies on the dobro as Lein spins out quick runs on the piano. Lein plays an energetic solo, with Hem comping behind him, and Hem then returns with a series of slides and single-note runs.

For “Ephemera Danica,” Hem switches to the Weissenborn guitar, which has a sharper, more open tone than the dobro. Lien’s solo contains hints of country music, and at one point he and Hem trade lines in swift succession. Even when the two musicians are playing at a quick pace, they stay focused on melody. They play Béla Fleck’s “Big Country” at a slightly slower tempo than the original, but it still moves along. The solos are dazzling but never flamboyant or overdone, and Fleck’s great tune remains at the center of the improvisations.

Two ballads on the album, “Haunting Memories” and the title track, moved me with their contemplative beauty. Lein’s lyrical opening to “Villingsberg” creates a stately, pastoral setting that leads into Hem’s delicate playing on slide dobro. He doesn’t rush his own opening statement, letting the notes resound. Lein’s rich chords surround Hem’s note slides and chords, and then the two exchange solos. Passages of great speed and dexterity alternate with sections of calm beauty, with melody lines interlacing and moving around each other. 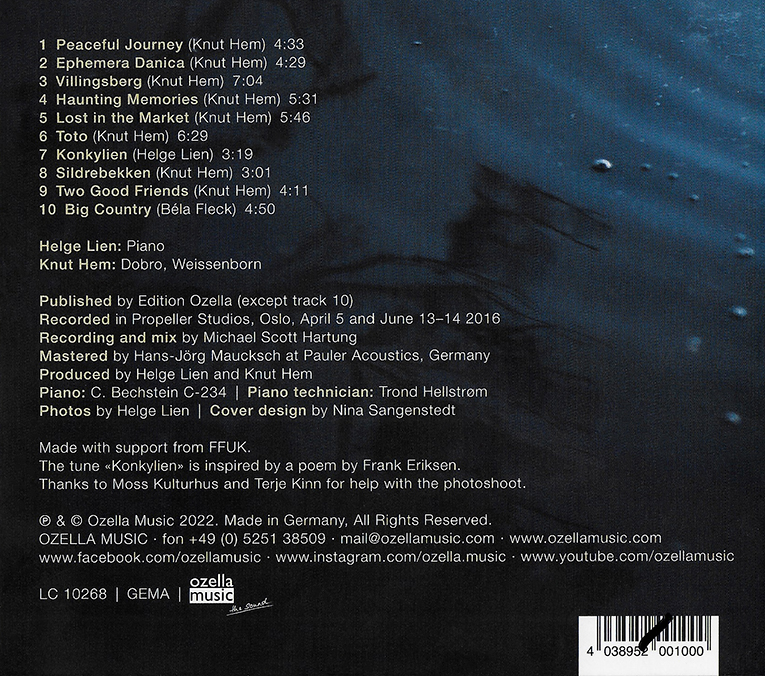 Lien and Hem recorded Villingsberg in Oslo, Norway, at Propeller Music Division’s Studio B. The studio uses a mixture of digital and analog gear, and the instruments register clearly and in great detail on the album. The mastering engineer, Hans-Jörg Maucksch, has done work for Ozella, Stockfisch Records, and other audiophile labels in Germany. As I listened, the music on Villingsberg flowed effortlessly and held my attention.

Villingsberg is the second album by these two musicians. The first, Hummingbird (2016), was recorded during the same sessions, and both albums are filled with the joy of two musicians playing together. However, Hem’s bluegrass-style guitar and compositions on Villingsberg bring out the genre in Lien’s playing, and Lein’s chord variations give Hem space to find new ways to use his considerable skills. Both players have extensive discographies worth exploring, but I hope they make many more recordings as a duo.