After releasing The Waterfall in 2015, My Morning Jacket went on hiatus. Guitarist and singer Jim James released five solo albums, guitarist Carl Broemel completed two solo projects, and other members of the Louisville, Kentucky, band found their own ways to keep busy. My Morning Jacket regrouped to play a small number of live shows over the last couple of years, and compiled unreleased material from the sessions for the earlier album for The Waterfall II in 2020.

My Morning Jacket is the band’s first album of new songs in six years, and it’s clear that the time away from recording and touring was refreshing. The players sound confident and James’s songwriting shows a renewed faith in the band. Some of the tunes on The Waterfall meandered, but here James shows a clear vision of the direction he wants the songs to take. 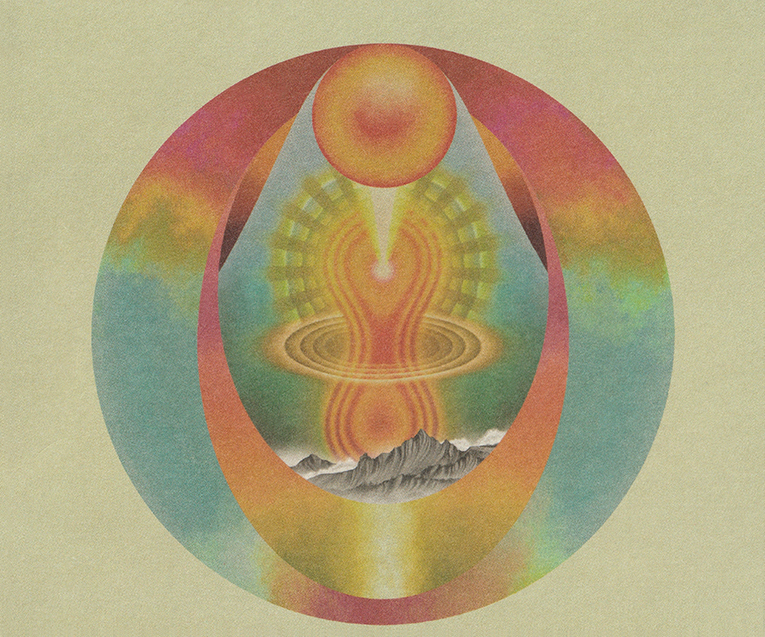 James’s voice sings over a sustained keyboard note and electronic thump on the opening track, “Regularly Scheduled Programming.” The first two lines are hopeful, but then James brings us back down to earth. What follows in the next few lines is a description of our modern, technology-based lives:

Programming to drown out how we feel
Fresh fiction, rewritin’ how we think
Screen time addiction, replacin’ real life and love
Erasin’ forgiveness, bow down to your overlords

Thick guitar lines and densely packed keyboard effects create a feeling of claustrophobia that evokes the computerized and media-dominated world James is trying to pull away from. He offers some relief and advice in the next track, “Love Love Love,” where he tells us “the more you give . . . the more you get.” The buzz-saw guitar solo snakes around keyboard washes and vocal harmonies, and all together they match the intensity of the instrumental passages on “Regularly Scheduled Programming,” but are more hopeful and reassuring. Throughout the album, James deftly balances his concerns about the environment and the state of the world with his conviction that love can save us.

Three lengthy tracks on the album are examples of the band’s unique prog-rock, jam-band hybrid, and James’s songs are strong enough to keep the group from veering into self-indulgence. James sings the first verse of “In Color” over an acoustic guitar, but the song expands when the chorus begins and more instruments enter. Competing guitar solos in the instrumental middle portion grow in intensity before the song finishes calmly.

“The Devil’s in the Details” builds slowly and adds layers of instruments and voices as it develops. The vocals drop out for the closing three minutes of the song, which shifts in mood and force and then comes to a satisfying conclusion. “I Never Could Get Enough” is filled with extravagant keyboard effects that echo and bounce through the opening verses. Electric guitars enter, playing single note solos and swooping slide guitar, then begin to work their way in and out around the other instruments and vocals. In the song’s final third, there’s an acoustic guitar solo accompanied by otherworldly keyboards. It’s the most structured of the three lengthy tracks, the strangest, and one of the best songs on the album.

The band continues to merge styles effortlessly. “Complex” is a nice slice of 1970s Southern boogie, and “Least Expected” sounds a bit like Supertramp with some Southern roots and blues swagger. Both “In Color” and “The Devil’s in the Details” contain more than a few nods to Pink Floyd. My Morning Jacket’s ability to put disparate elements together makes the band both hard to peg and excitingly unpredictable. 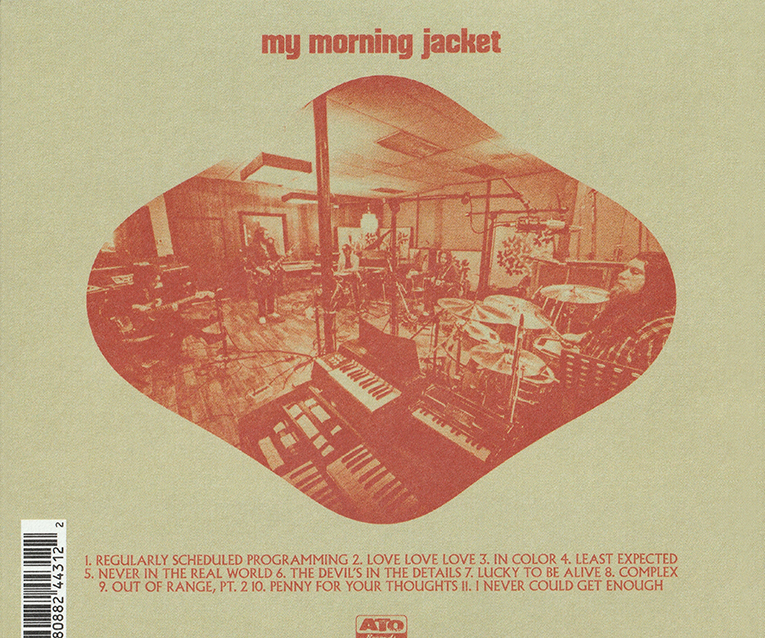 In my review of The Waterfall, I noted some issues with the disc’s sonics. This time around, the sound is much improved. The recording is packed with instrumental details, but not overstuffed the way the earlier disc was. Patrick Hallahan’s drums and Tom Blankenship’s bass are more prominent in the mix than they were on the earlier album, and the music sounds better as a result. There’s enough compression on My Morning Jacket that I had to back the volume off, but only a fraction. The result was pleasing, and let me hear each player’s contribution more clearly. James’s vocals were sharply centered and out front, and Bo Koster’s keyboards were especially well served.

My Morning Jacket hangs together better than The Waterfall. It’s also a more satisfying album that matches the ambition of my favorite of the group’s releases, Evil Urges (2008). It’s rare for an album to run for an hour and not leave me feeling it could have been trimmed. Jim James’s solo albums are enjoyable enough, but My Morning Jacket shows that his songs work best in the context of his band.