The Grip Weeds have been making great rock’n’roll for nearly 30 years now, writing and performing music that shows a reverence for the great bands of the ’60s and early ’70s. Their songs contain hints of everyone from The Who to Paul Revere & The Raiders, but the band’s recordings are strong enough to stand on their own. Despite their affection for an earlier period in pop-music history, the Grip Weeds don’t sound retro. They make music that is fresh and vital.

The group’s newest recording, DiG, is a tribute to the bands that inspired them. Lenny Kaye wrote the liner notes, and the songs the Grip Weeds cover on the album have a similar lineage to the selections Kaye made for his seminal 1972 garage-rock compilation, Nuggets: Original Artyfacts from the First Psychedelic Era, 1965–1968.

Two songs on DiG also appeared on the original two-LP version of Nuggets. This version of the Blues Project’s “No Time like the Right Time” captures the spirit of the original, but has its own groove and an exciting variation on the instrumental break. The Grip Weeds bring even richer vocal harmonies to the Knickerbockers’ “Lies,” and Kurt Reil’s drums are fiercer and more rocking. 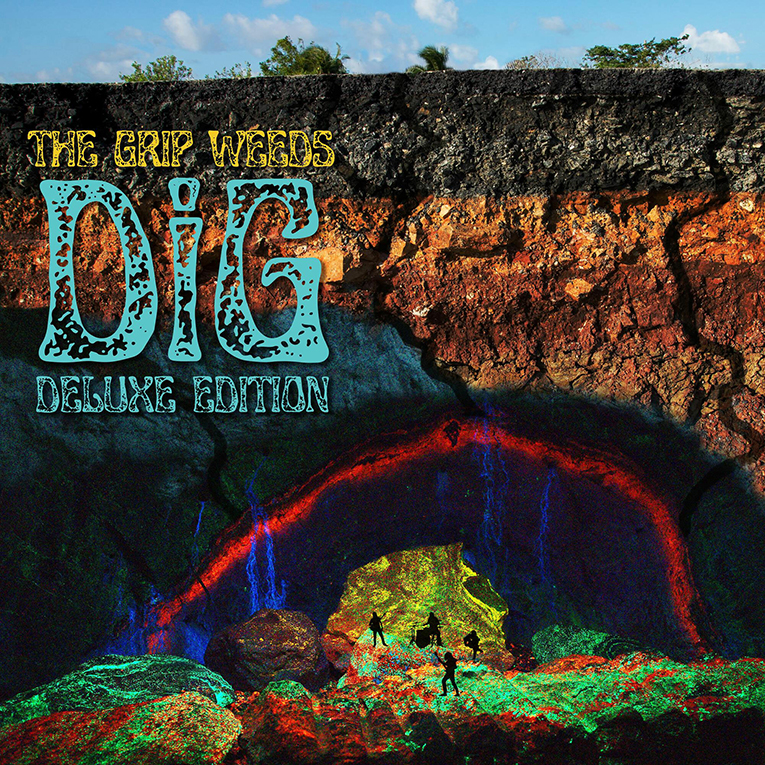 The original recordings of some other tunes covered on DiG were included on an expanded, four-CD version of Nuggets, but the Grip Weeds reach back for a few gems that are even more obscure. “Louie, Go Home” is a cover of a classic Paul Revere & The Raiders B-side from 1964. Grip Weeds guitarists Rick Reil and Kristen Pinell Reil bring more snarl to the guitars, and the background vocals are more layered than the original, but both recordings really rock. The new version of “Lie, Beg, Borrow and Steal” is every bit as loud and anarchic as the 1967 original by Mouse and the Traps, and Dave DeSantis’s solidly thumping bass helps carry the song forward.

Two years before The Marmalade had a big hit with “Reflections of My Life,” the band released “I See the Rain,” which didn’t chart, despite Graham Nash helping out on harmony vocals. The Grip Weeds give it a grand reading, with chiming guitars and luxurious backing vocals. Matthew Sweet and Susanna Hoffs did a fine version of the song on Under the Covers, Vol.1 (2006), but this new one is in no way redundant. A good song can always be refreshed.

Every time I hear The Byrds’ “Lady Friend” I am puzzled that it didn’t become a hit, and the Grips Weeds’ sterling interpretation of the song only reinforces that conviction. And, surprisingly, “I Love You” wasn’t a successful single for British Invasion band The Zombies, although the version by American one-hit wonder People! did chart. Kurt Reil’s drum opening and Pinell Reil’s enjoyable vocals and flute solo on the Grips Weeds’ arrangement make the song sound new again.

“Journey to the Center of the Mind” is an affirmation of Kristen Pinell Reil’s guitar-hero status and a reminder that Ted Nugent’s finest moments were with The Amboy Dukes. Pinell Reil’s vocal feature on a rich and enveloping take on The Velvet Underground’s “All Tomorrow’s Parties” is a high point of DiG. The Grip Weeds’ determination to go deep into the psychedelic catalog leads to an interpretation of “Child of the Moon” that is slightly slower than the Stones’ 1968 original and even more haunting.

My vinyl copy of DiG was pressed by Precision Record Pressing, a Canadian plant that was established as a joint venture with Czech company GZ Media. I found the vinyl to be of good quality, with quiet backgrounds, and comparable to GZ Media’s own standards. Kurt Reil recorded, mixed, and mastered DiG, and his brother Rick helped out with the mixing. The band has its own House of Vibes studio, which is outfitted with an impressive selection of analog and digital gear. On DiG, the result is music that sounds organic and warmly musical. 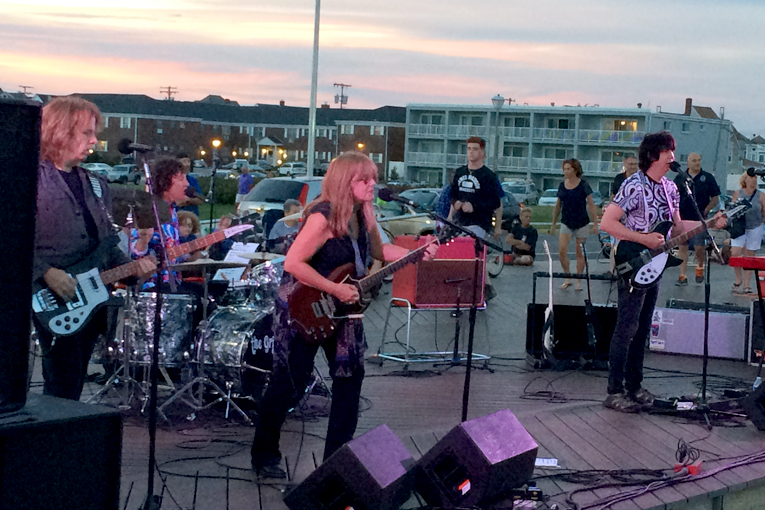 Many of these great ’60s and ’70s songs have been available on compilations for some time, so why buy a collection of new interpretations? Well, to begin with, you’ll hear the album and be moved search out “Louie, Go Home” and “Lady Friend” in the originals; you’ll discover The Gants when you hear “I Wonder”; and you’ll be reminded, once again, that “Something in the Air” is an essential tune from the 1960s and that Thunderclap Newman was an underappreciated band.

Most important, you’ll hear a great—and, in my opinion, important—band making these tunes their own. DiG is a reminder that the golden age of AM radio was a terrific era for songwriting, and proof, yet again, that the Grip Weeds are a great rock’n’roll band.

DiG is available on CD and vinyl at various retail spots, and as a download from Qobuz, Amazon Music, and other download sellers. An expanded set, which adds more Nuggets-era songs, is also available. You can buy directly from the band here.