The Psychedelic Furs: "Made of Rain"

I approached Made of Rain, the first album released by the Psychedelic Furs since 1991’s World Outside, with the expectation of reliving a time when I had a full head of hair and was enjoying the synth-heavy, processed-guitar pop of the late ’80s and early ’90s. In other words, when MTV still showed music videos. Expecting that kind of nostalgia from the Furs isn’t really fair, and the good news is that the album itself avoids being a faint echo of past glories.

Lead singer Richard Butler always sounded older than he was. At 64 he’s grown into his voice, which fits the new album’s darkly poetic lyrics. “The Boy That Invented Rock & Roll” opens with feedback and the echoing of what sounds like crows, created by effects added to lines played by saxophonist Mars Williams. Throbbing guitars, processed keyboards, and magnificently large drums create a dense curtain of sound behind Butler’s voice:

A flight of crows, my insect heart
The ticking veins, this godless dark
The druggy days the pointless pain
The letterbox that’s full of rain

All manner of electronic effects, including Williams’s doctored saxophone, contribute to the track’s ominous tone and add to the vivid imagery of Butler’s lyrics. Paul Garisto’s drums are the driving force in “Don’t Believe,” which uses a simple but effective guitar riff by Rich Good and a rock-solid bass line from Tim Butler to anchor the song. Both tracks are sonically packed without feeling overdone. 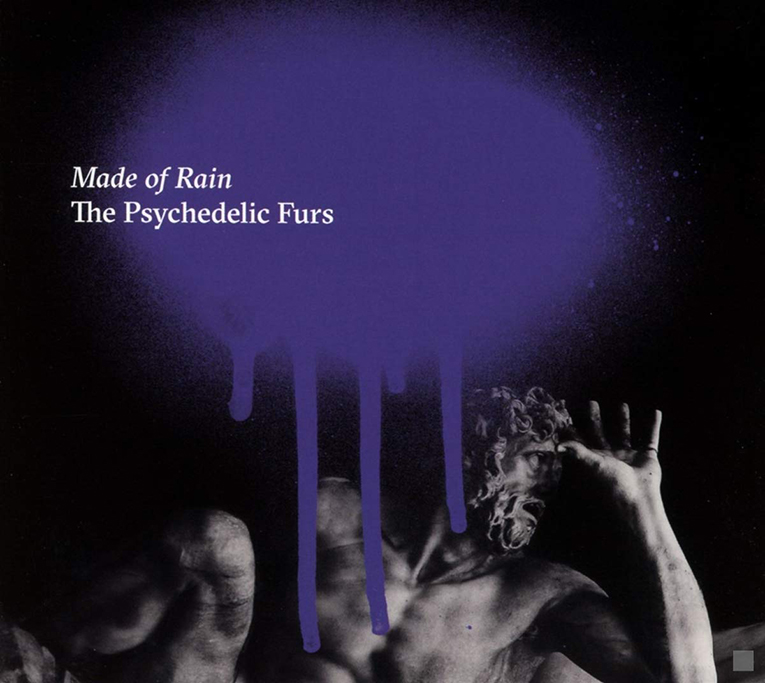 Acoustic guitars open “You’ll Be Mine” and the song gets its Celtic air from Garisto’s rolling drum parts. Amanda Kramer plays a keyboard part in the song that sounds like John Cale’s viola in the Velvet Underground’s “Venus in Furs” and Williams adds to the song’s mood with a few well-placed sax lines. “Tiny Hands” also opens somewhat calmly and the electronic harpsichord that runs through the tune gives it a slight psychedelic-era Stones feel.

There’s a lot going on in Made of Rain, and part of the pleasure in the disc is catching the effects that swirl around in the mix. Mars Williams’s sax jumps in on a few spots on “Come All Ye Faithful,” keyboard flourishes and echoing guitars splash against Garisto’s funky drum beats, and Tim Butler’s fluid, fetchingly played bass helps lighten the burden of his brother’s diatribe against religion, romance, and even wealth as sources of happiness.

The lovely ballad “Ash Wednesday” reins in some of the effects to let Butler’s voice shine through, and Kramer’s multitracked harmonies contribute immeasurably to the song’s final section. “Stars,” which closes the album, is another ballad that shows the band’s calmer side, although it rises in intensity in its closing moments and gives Rich Good a chance to show off his guitar chops in a way that ends the record on a good, noisy note. 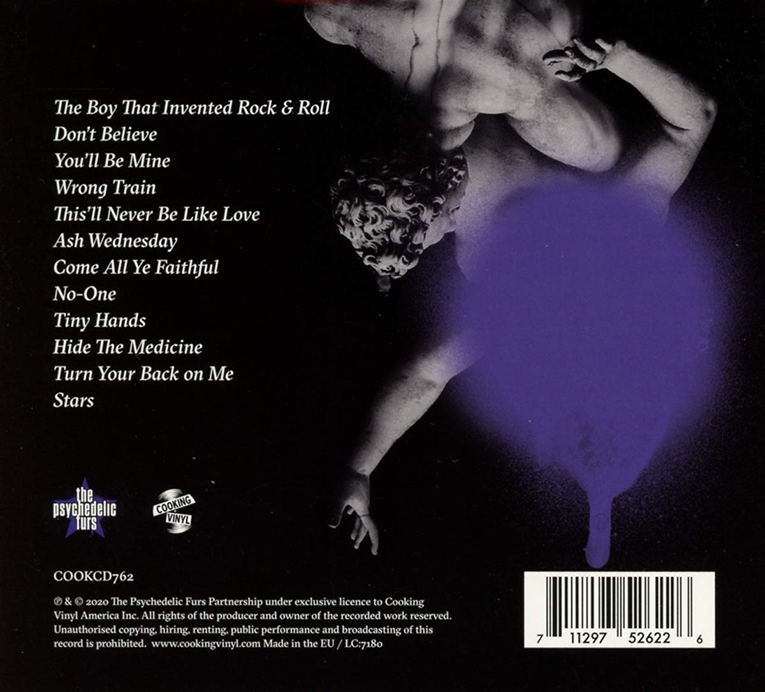 “This’ll Never Be Like Love” is the album’s lone dud, weighed down by a saccharine arrangement, a too-earnest smooth-R&B sax interlude, and a power-ballad guitar solo. The remaining songs show the Furs to be in strong songwriting and playing form, and they sound remarkably fresh. When the band went on hiatus in ’91, Richard and Tim Butler formed Love Spit Love for two albums, but they reformed the Psychedelic Furs in 2001 and have toured consistently since then. As a result, Made of Rain has the easy flow and solid interaction of musicians who function well as a unit.

The Killers and Arcade Fire, to name just two more recent bands, show the occasional Furs influence. To my ears, the band’s earlier recordings still don’t sound dated and Made of Rain feels even more contemporary. Audiophiles might take issue with the sound, which is dense and a bit too emphatic in the low frequencies. I pulled the volume back a notch, which gave better focus to the music. On the plus side, Richard Butler’s voice is out in front and focused. Made of Rain is the work of a band that has discovered it still has something to say, and it was worth the wait.