German-born British composer Max Richter has built his reputation on creating introspective, often melancholy music whose alluring, repetitive themes lodge themselves deep in the subconscious. The danger of such success is that it tends to encourage repetition, but fortunately, Richter’s has not bred complacency. The last five years have seen him “recompose” Vivaldi’s The Four Seasons, as well as compose Sleep, which he describes as an “eight-hour-long lullaby” and which broke several BBC broadcasting records; and now comes his music for British choreographer Wayne McGregor’s triptych of ballets based on novels by Virginia Woolf (1882-1941), released as Three Worlds: Music from Woolf Works and performed by various soloists, with Robert Ziegler conducting the German Film Orchestra of Babelsberg.

The novels by Woolf are three of her most popular: Mrs Dalloway, Orlando, and The Waves, the music for each ballet preceded by a spoken introduction. Mrs Dalloway is prefaced by a rare recording by Woolf herself, in which she speaks of the significance of words and their intended meanings. This quickly transitions to Mrs Dalloway’s first movement, In the Garden, a serene, uplifting interplay between several emotively evocative strings underlain by a soothing piano melody. It’s familiar territory for anyone who’s seen a film version of a Jane Austen novel, and offers a touch of lightheartedness before far more serious sections. The solemn War Anthem follows, dedicated to Septimus Warren Smith, a character in the novel who is a World War I veteran suffering from shell shock and frequent hallucinations. A mournful cello solo takes center stage, flanked by phalanxes of sweeping violins and underpinned by distant, muffled, yet powerful drumstrokes that mimic the horrific regularity of artillery strikes. The tension between the sorrowful strings and the echoes of soul-breaking combat produces a darkly gripping beauty.

The transition to Woolf’s Orlando, published in 1928, is a passage from the novel read by the actress Sarah Sutcliffe:

Memory is the seamstress, and a capricious one at that. Memory runs her needle in and out, up and down, hither and thither. We know not what comes next, or what follows after. Thus, the most ordinary movement in the world, such as sitting down at a table and pulling the inkstand towards one, may agitate a thousand odd, disconnected fragments, now bright, now dim, hanging and bobbing and dipping and flaunting.

With Woolf’s delightful prose signaling a change of course, Richter dives headlong into Modular Astronomy, a mildly disjointed, frenetic electronic theme ornamented by distorted pizzicato strings, and a virile bass line. This is followed closely by Entropy, a purely electronic passage that leans more toward ambient music than Richter’s classical roots might otherwise suggest. The composer’s ability to integrate acoustic instruments into a modern electronic landscape is delightful, and a worthy homage to one of Woolf’s most progressive and adventurous works. In fact, Richter’s Orlando is as diverse in musical stylings as the titular character’s journey from Elizabethan England to the 20th century. The marching strings in The Tyranny of Symmetry and the solo cello in The Explorers contrast with the recurring pulsing chord progression on synth that quickly flits in and out throughout Orlando. 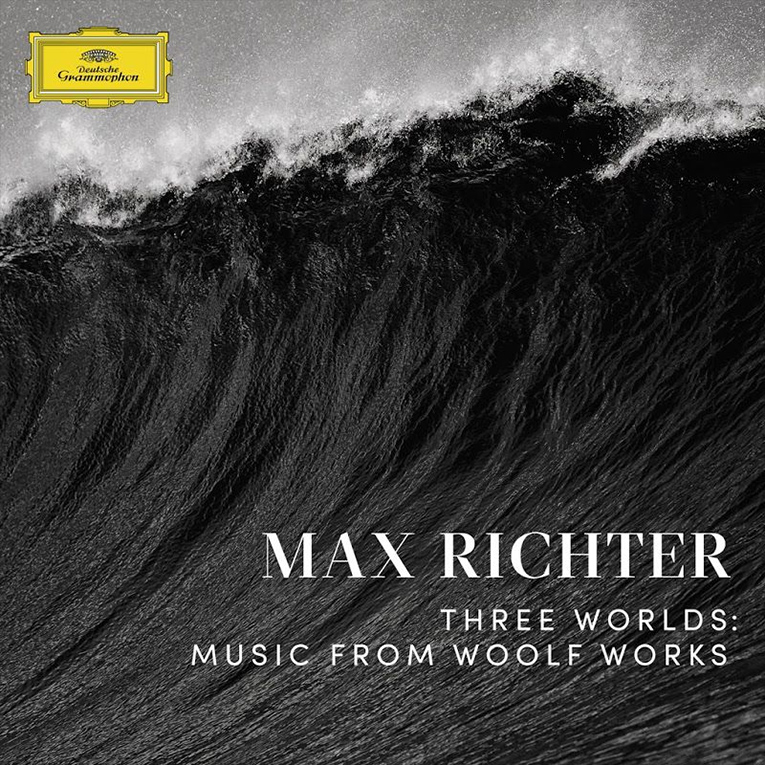 The third of Richter’s Three Worlds comprises the profoundly moving Tuesday, a piece 21:37 long, based on The Waves. It begins with actress Gillian Anderson reciting Woolf’s suicide letter to her husband, Leonard Woolf:

Dearest, I feel certain that I am going mad again. I feel we can’t go through another of those terrible times. And I shan’t recover this time. I begin to hear voices, and I can’t concentrate. So I am doing what seems the best thing to do. You have given me the greatest possible happiness. You have been in every way all that anyone could be. I don’t think two people could have been happier till this terrible disease came. I can’t fight any longer. I know that I am spoiling your life, that without me you could work. And you will I know. You see I can’t even write this properly. I can’t read. What I want to say is I owe all the happiness of my life to you. You have been entirely patient with me and incredibly good. I want to say that -- everybody knows it. If anybody could have saved me it would have been you. Everything has gone from me but the certainty of your goodness. I can’t go on spoiling your life any longer. I don’t think two people could have been happier than we have been. V.

As Anderson speaks these lines, ocean waves crash in the distance. The symbolism is twofold: The third Woolf novel Richter interprets is The Waves, and Woolf, after a long struggle with depression, took her own life by filling her coat pockets with stones and walking into the River Ouse. Here Richter seems far more focused on the suicidal Woolf than on her novel -- the 21:37-long meditation of Tuesday shifts from Anderson’s recitation to a simple organ melody that bears more than a passing resemblance to the main theme from Hans Zimmer’s score for the film Interstellar. Then waves and organ recede as the Film Orchestra of Babelsberg begins a ten-minute crescendo: at the start, deliberate paced scales at a conversational level are traded among a few instruments, then slowly build to a thunderous struggle involving the entire orchestra. All then quickly falls away, and the organ theme and waves return. It’s a powerful, haunting performance.

The mastering is quite strong, with the Film Orchestra of Babelsberg sounding as good as, if not better than, I’ve heard in other albums. Although this is mostly a recording of acoustic classical instruments, supplemented yet never overpowered by Richter’s forays into electronica, the bass-heavy music warrants loud playback levels for the most involving listening experience. But it’s Richter’s masterful integration of modern and older styles while still sounding familiar and accessible to the new listener, and his clever framing of movements with recitations of Woolf’s prose, that make Three Worlds: Music from Woolf Works so compelling. It is as much a musical as an emotional journey, and a rewarding one.