It’s hard to think of a band as innovative, experimental, and willfully strange as the Flaming Lips. Even their mainstream successes, which include The Soft Bulletin (1999) and Yoshimi Battles the Pink Robots (2002), are sonically and thematically unusual. Nor are the Lips afraid to shift their approach from album to album. Embryonic (2009) sounded harsher and even more sonically dense than its predecessor At War with the Mystics (2006), and The Terror (2013) seemed to move even more toward scratchy guitars and dissonance.

At first, the new Flaming Lips album, Oczy Mlody, feels a bit less edgy, but with repeated hearings, the percussion behind the soothing keyboards becomes more distorted, and the low-end keyboards and bass sound increasingly threatening. As the title track takes shape -- or, really, as its shape changes -- it creates a balance of beauty and harshness that’s sustained throughout the album. 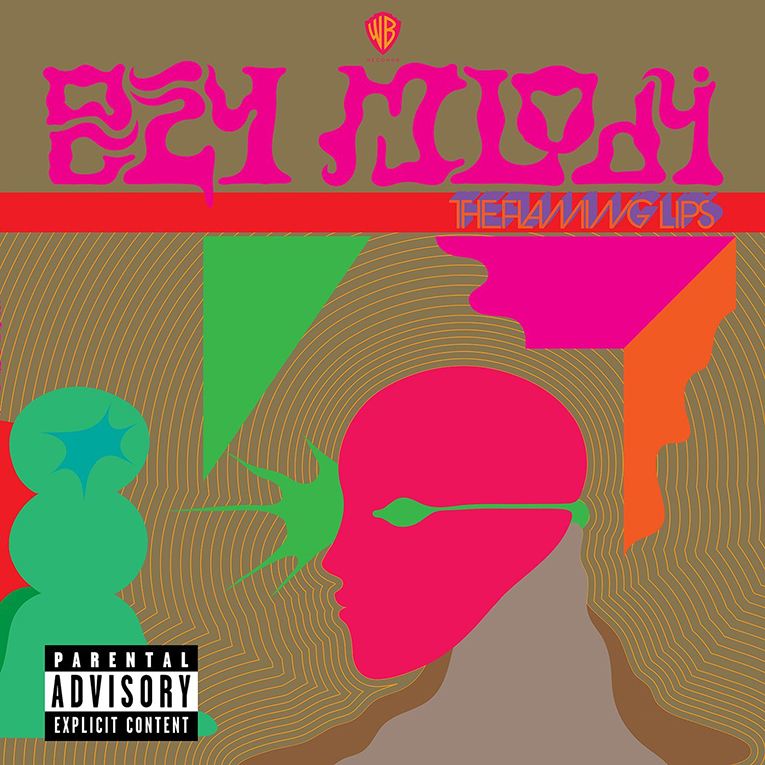 In “How??,” strange synth effects that sound like paper or cloth being torn race in, and singer and bandleader Wayne Coyne is able to make such lines as “Back when we were young / We killed everyone / If they fucked with us” sound achingly pretty. The 4:24-minute song is densely packed with percussion effects and keyboard washes that swirl around Coyne’s voice, which is subjected to its own layers of processing. The impressionistic lyrics, which seem chosen more for sound than for sense, evoke feelings of confusion and loss.

The lengthy opening of “There Should Be Unicorns” is all 1970s drum machines and throbbing keyboards, with Coyne’s voice so drenched in reverb it sounds as if it might fly apart. The song closes with a recitation by Reggie Watts that sounds like Darth Vader telling an LSD-influenced fairytale. “(Sunrise) Eyes of the Young” combines lush orchestration with sad lyrics that describe the fracturing of childhood innocence.

Coyne, Michael Ivins, and Steven Drozd, with help from a number of other players and producer Dave Fridmann, have created an album so filled with changes that, each of the first several times I played it, I felt I was hearing it for the first time. “One Night While Hunting for Faeries and Witches and Wizards to Kill” and “Listening to the Frogs with Demon Eyes” have so many layers of percussion, keyboards, and effects that new things present themselves with each hearing, and these long songs themselves sound subtly different, especially as each has multiple sections and movements.

Oczy Mlody is often dreamlike, its songs melting into each other to reinforce the overall trance-like effect. They are melodically compelling, and often breathtakingly beautiful. And while the lyrics are sometimes despairing, the sweep and sheer loveliness of the music end up sounding hopeful. The happy looniness of the final track, “We a Family,” reinforced by Miley Cyrus’s vocal, felt forced the first few times I heard it -- but it won me over, and now seems to bring the entire album together in a fitting close. 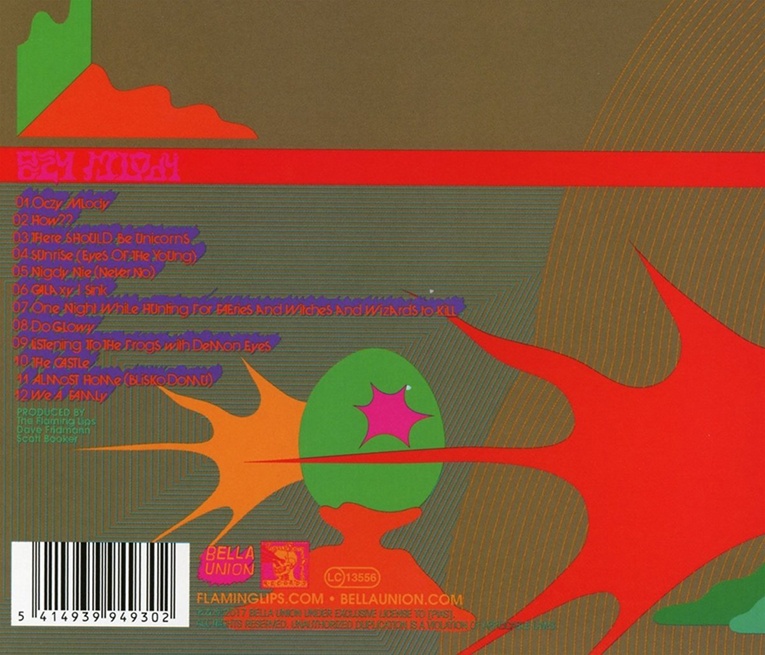 The album is mastered loud, with a tremendous amount of energy in the bass and low keyboard lines. I might have backed off the bass a bit, but I enjoyed hearing my speakers get a workout, and the layers of sound came together in my head with repeated plays. Occasional lo-fi effects are combined with complex studio techniques to produce a pleasing and energetic mix.

Oczy mlody is Polish for “eyes of the young.” Coyne decided that the phrase sounded like a drug from the future that could transport the user to a fairytale dreamscape. Often, with rock concept albums, narrative is less important than the feelings evoked, and that’s especially the case here -- even by Flaming Lips standards, this music is hypnotic and lyrically indirect. Oddly, an album that’s not overtly political in content, and was almost certainly completed before the Presidential election of 2016, seems to perfectly capture America’s current sense of dislocation and dread.