At the time of Jimi Hendrix’s death, in September 1970, he had released three studio albums (Are You Experienced, Axis: Bold as Love, and Electric Ladyland), one live album (Band of Gypsys), and a compilation (Smash Hits). Since then, 12 albums of studio material have been added to his discography, and it’s almost impossible to keep track of the posthumous concert albums. On the plus side, the releases since 1995 have financially benefited Hendrix’s family, after years of his recordings being controlled by others.

Machine Gun: The Fillmore East First Show 12/31/1969 is the latest release from the archives, and is the first of four sets at Bill Graham’s Fillmore East. One more followed that evening, and two more the next. These shows, Hendrix’s first live appearances with bassist Billy Cox and drummer Buddy Miles, eventually resulted in Band of Gypsys (1970) and the two CDs of Live at the Fillmore East (1999). The first album consisted of selections from the third and fourth sets; the second consists of tracks from all four. 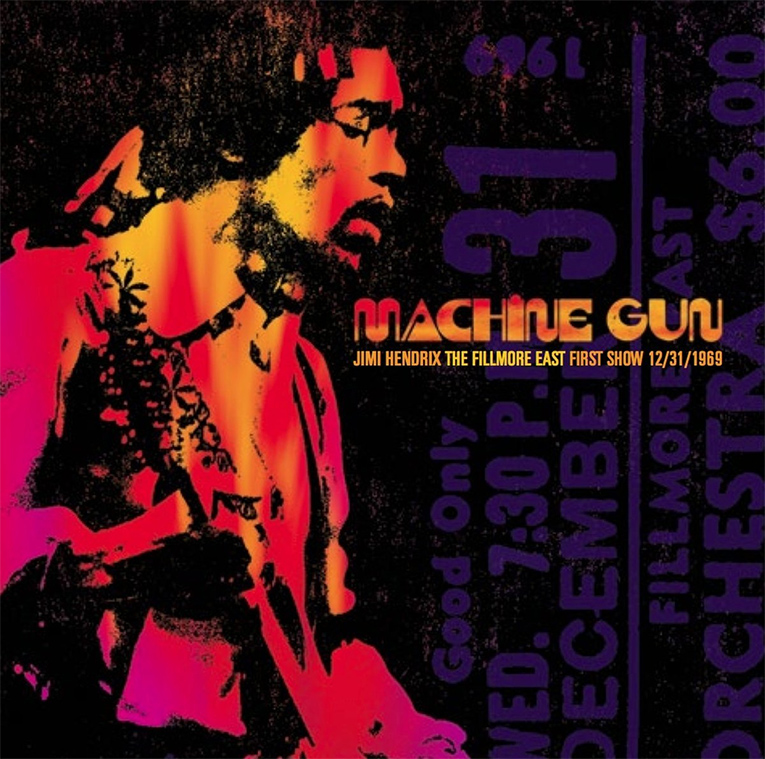 The 11 tracks and 70 minutes of Machine Gun comprise the entire first set, including three tracks that first appeared on Live at the Fillmore East. The mixes of “Hear My Train a Comin’,” “Izabella,” and “Changes” sound more lively here, the tonal qualities of Hendrix’s guitar coming through better. Miles’s drums are less veiled, and his snare and bass drums are more focused and defined. Cox’s bass is snappier and cleaner, while retaining the bottom-end heft of the earlier master of the recordings.

Having so much previously released material from the four shows makes it easy to compare how differently Hendrix could play and sing the same song in performances only hours apart. In “Power of Soul” (called “Power to Love” on Band of Gypsys), he develops his solos slightly differently, leaving the outline more or less the same but varying emphases and dynamics. “Machine Gun” is the fourth version of that song to be released from these shows. At under nine minutes it’s the shortest but still powerful, Hendrix using feedback and other effects to evoke images of destruction.

Miles sings the lead vocal in “Stop,” a hit for soul singer Howard Tate in 1967, and in “Changes,” which he wrote and later recorded with his own band. Both songs show how Hendrix was injecting soul and funk into his music during this period. A few tracks here aren’t on the previous two releases, including “Ezy Ryder” and Elmore James’s “Bleeding Heart.” Hendrix would play and record those songs elsewhere; here, they vary the pace and intensity of the live show. 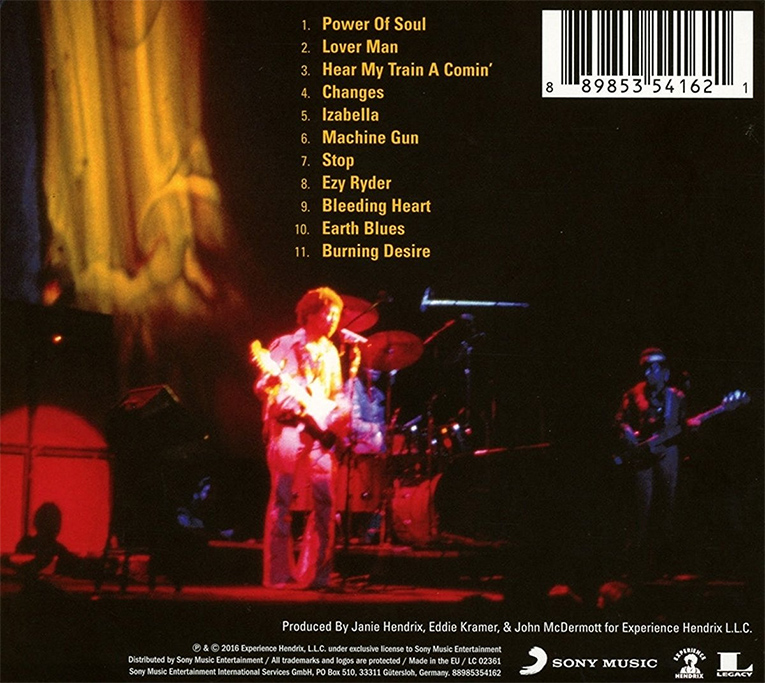 I approached this new Band of Gypsys album -- which is credited to Hendrix alone -- with some trepidation. With so much Hendrix already available, could it add anything to the legend? But because it’s an entire concert, it provides a picture of how Hendrix thought through his live performances, and it presents the Band of Gypsys on a very good night.

The occasionally tentative playing on Machine Gun is typical of first-show jitters -- it humanizes Hendrix -- and the sound is much better than on the other two releases from this two-night stint at the Fillmore. It’s easier now to hear how much Cox provided firm support even for Hendrix’s most fantastic flights, and how often Miles is solidly in the pocket. Some Hendrix releases in recent years have not been essential, and Machine Gun tells us nothing about the guitarist that we didn’t already know from Band of Gypsys. Nonetheless, it’s a worthy addition to Hendrix’s discography.