When I first played Daniel Lanois’s new disc with Rocco DeLuca, it reminded me of Harold Budd’s music. Lanois helped produce The Pearl, a collaboration between Budd and Brian Eno, as well as La Bella Vista, a collection of Budd’s solo piano works. As I listened to Goodbye to Language more, I still heard a bit of a connection between Lanois and Budd, but only in the sense that both create densely complex music from seemingly simple and repeated elements.

Lanois and DeLuca use pedal steel guitars, along with some studio technology, to bring the music on Goodbye to Language to life, and the effect is flowing and, at times, eerie. According to Lanois’s liner note, “Deconstruction” was the first piece he and DeLuca put together. Distortion, volume swells, and multitracking add up to dark music that would fit a story of mystery told at night. The disc’s 12 tracks seem to invite listeners to create whatever images or feelings they want, their reactions varying with their moods. 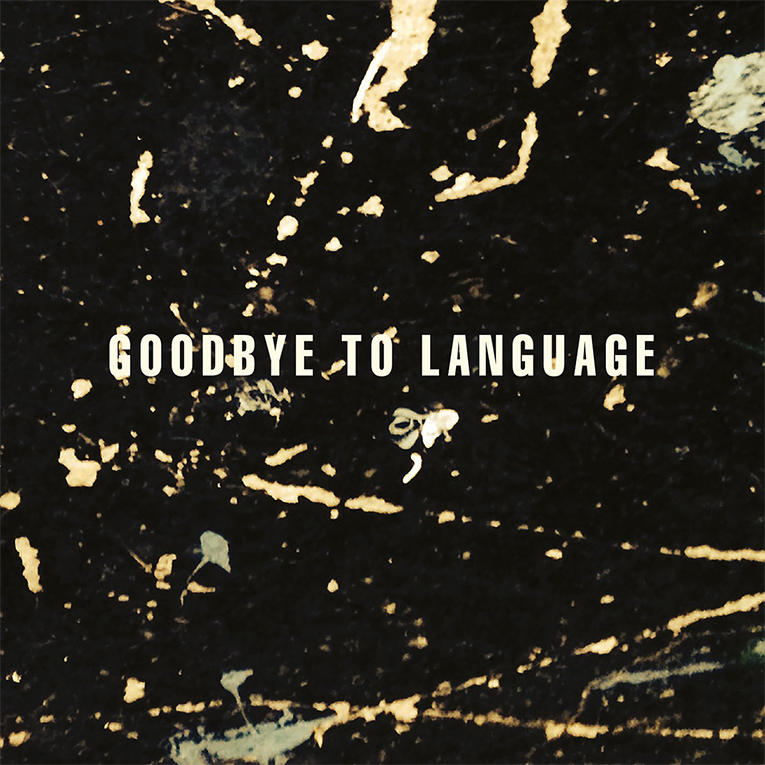 “Satie” begins with what sounds like an electronic keyboard effect, but much of the final result of Goodbye to Language comes from technical manipulations of the sounds of steel guitars. Lanois points out that, “In London, Eno introduced me to a new gadget, a sweet little sampler that I bolted onto my steel guitar, my new secret weapon.” The actual sounds of the instruments are mixed together with their transformed and doctored versions, the weepy pedal steels expanding and shimmering against distorted chords and other effects.

Whether or not “Satie” evokes the music of Erik Satie is open to debate. The melody develops slowly, taking on shapes that seem to come from different directions, becoming an homage to the great composer’s methods without sounding like him. “The Cave” has some of the slow, pastoral quality of Satie’s more contemplative piano pieces, and segues into the more ominous “East Side” to create a balance of darkness and light.

That balance is continued in “Later That Night,” its bright major-scale melodies colliding with its more subdued minor-scale lines. The tracks on Goodbye to Language melt into each other -- it’s not unusual to realize that a track has already ended and another begun. As further listenings more clearly revealed the subtle changes in mood between tracks, the music’s moods and emotional pull deepened.

Adam Samuels edited and mastered Goodbye to Language, and its sound quality is enveloping. The lows are powerfully rendered, and the shimmering highs reach out to grab the attention. It’s a disc to spend some time with and let sink in. Like some of Eno’s and Budd’s work, it at first seemed like background music -- but as each subsequent playing washes over me, it reveals a new layer of complexity.