When I caught Robert Cray in concert about ten years ago, he played a very good, very professional show that somehow fell just short of being memorable. When I saw him last spring, he played a show that I’d rank among the best I’ve seen. At both events he was in good voice, his guitar playing was outstanding, and his band was on point. The difference was that indefinable quality that lifts a performance or a record from the level of routine into the category of special.

Cray’s newest release, 4 Nights of 40 Years Live, is a three-disc set (two CDs, one DVD) that expands his live discography to at least five albums. Of his previously released live sets, Live from Across the Pond (2006) and Cookin’ in Mobile (2010) are solid and enjoyable, while Authorized Bootleg: Austin, Texas 5/25/87 (2010) and Live at the BBC (2008) catch him earlier in his career, and on fire. The first CD of the new set, recorded last December, sounds closer to the younger Cray. He’s revitalized.

Cray’s current band was a primary reason his last studio album, In My Soul (2014), was so strong, and that group brings the same focus to these live performances. Drummer Les Falconer is firmly in the pocket, and bassist Richard Cousins locks in tight with him, while keyboardist Dover Weinberg adds color and pace. For these shows producer Steve Jordan brought in Trevor Lawrence on tenor sax and Steve Madaio on trumpet, and the horns underscore the influences of Southern soul in Cray’s music. Jordan himself plays percussion and, occasionally, a second drum kit that gives these tracks harder slam. 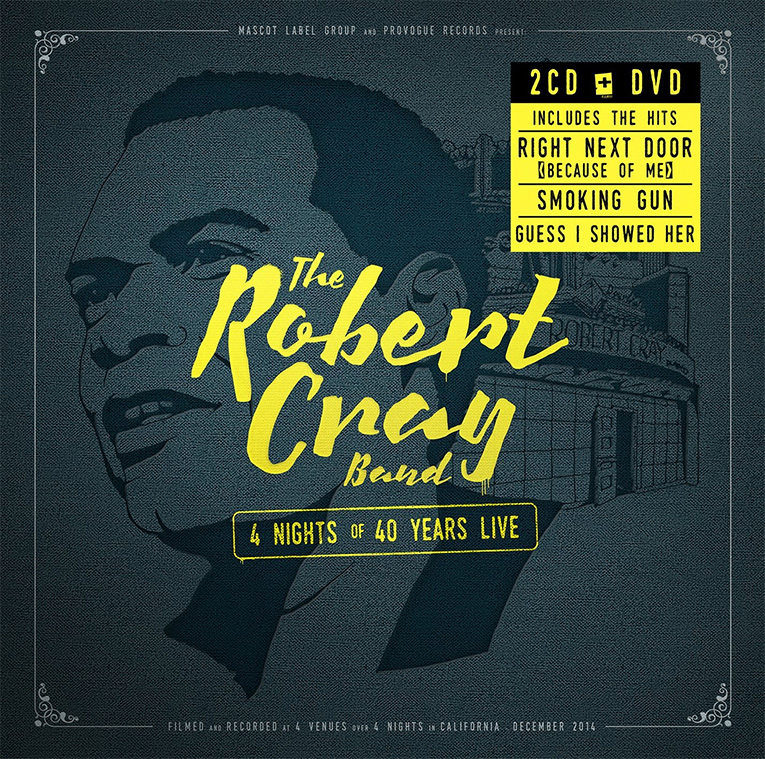 Cray’s solo in “I Shiver” shows that, even after 40 years, his guitar still stings. Jordan’s production makes sure Cray’s rhythm guitar, which is at the center of his songwriting and arrangements, is clearly presented throughout, but also gives his solos a sharp, edgy ring. Each shiver of string and bend of note is clearly audible. Cray’s voice is also well centered and out in front, and his singing has lost none of its power or zest.

These discs include songs from throughout Cray’s career, and the consistency and quality of these compositions, many of them his own, are impressive. His covers include a stirring version of David Porter’s “Your Good Thing Is About to End,” also recorded for In My Soul. Kim Wilson joins Cray in Sam and Dave’s “Wrap It Up,” and Lee Oskar plays a mean harp in Howlin’ Wolf’s “Sittin’ On Top of the World.”

The second CD includes a performance from the 1982 San Francisco Blues Festival, as well as a show for Dutch television from 1987. It’s amazing how much confidence and swagger Cray had developed in the five intervening years. The DVD combines footage of those shows with video of some of the more recent performances comprising the first CD. Producer Jordan gave In My Soul much of its structure, and the DVD shows him making good suggestions that ensure the strong results in the live performances.

Cray has never made a bad album, but some of his discs of the last ten years, such as Twenty (2005) and This Time (2009), sounded like the work of a musician who’d settled into the comforts of a well-established career. With Steve Jordan’s help for In My Soul, and now for 4 Nights of 40 Years Live, Robert Cray is back in full force.