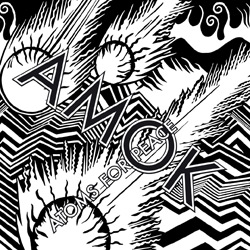 It’s uncommon to hear new music that stands out from the proverbial pack. Almost everything is derivative in some way or another, and for good reason. Different can mean provocative, but it almost always guarantees commercial failure. Igor Stravinsky’s The Rite of Spring provides perhaps the most illuminating example of this. During its very first performance, in Paris’s Théâtre des Champs-Élysées, the audience rioted in response to the avant-garde, thoroughly dissonant composition. Critics were equally unconvinced, one going so far as to label the forward-thinking piece “a laborious and puerile barbarity.” Tough crowd. Stravinsky, of course, would go on to achieve worldwide acclaim. Like so many mavericks, his unique compositions fell on conditioned ears and immutable minds that were unable to appreciate what he had to offer.

Thom Yorke, of Radiohead fame, was fortunate to have found an audience for his off-the-beaten-path productions with that British group, and has now embarked on a new project: Atoms for Peace. Joining Yorke are some noteworthy names, including the Red Hot Chili Peppers’ bassist, Flea; drummer Joey Waronker, of Beck and R.E.M.; and percussionist Mauro Refosco. The foursome’s first effort is Amok, produced by Radiohead producer Nigel Godrich, and it’s -- well -- different. Melody and harmony are not found in abundance here, but there’s an adventurousness to the sound that is definitely worthy of consideration.

Rather than focus on Yorke’s signature singing, many of the songs on Amok tend to home in on various arrays of electronic accompaniment. In many pieces, this leads to a sometimes detached, meandering feel. The final third of “Reverse Running,” for instance, is dominated by an off-kilter buzzing sound, with a glass being sporadically struck in the background. And “Judge Jury and Executioner” proceeds as if in the midst of a drug-induced trip, with haunting humming underlying the more traditional guitar and drumbeat. Listeners probably won’t find a firm footing on which to enjoy either song, but they’re certainly musical explorations, of sorts.

Those musical forays come toward the end of Amok; they’re preceded by some properly engaging content. “Default” showcases Yorke’s musical range, with the Englishman able to reach dizzying heights. His talents are ever clear, but even here, the electronic accompaniment and the playing of Yorke’s high-profile bandmates predominate, with melodies that are never quite in perfect harmony with the vocals. Yet the two dovetail nicely, if in unorthodox fashion. “Ingenue” sounds almost like a throwback to the 8-bit videogame era with its simple beat work, Yorke offering a more mellow and resigned approach than in some other songs here. There’s also some exploration of space, with what sounds like dripping water in the background throughout most of the tune. The disparate elements combine surprisingly well.

The sound quality is high throughout, though not exceptionally so. Yorke’s voice always sounds a touch recessed, with a slightly soft, light quality. The stereo effect is in almost every tune, with some random sound effects emanating from one channel but not the other, and some synthesizers prominently shifting back and forth between channels. There’s less emphasis on soundstage depth in Amok than perhaps there could have been, but the whole album comes across as more cerebral than a performance to be enjoyed at a distance, better appreciated through headphones than loudspeakers. It would have been nice to hear such a distinctive set of sounds with a little more outright detail, but I think this was a deliberate decision by the experienced Nigel Godrich.

There’s a jazz-like quality to Amok that makes individual songs sound more haphazard or improvisational than polished studio productions. These 44 minutes of music are more comprehensible when considered as a whole rather than as individual tracks. This ensures that Amok won’t threaten the top of the Billboard charts. For more adventurous listeners out there, however, Atoms for Peace presents something completely different. I reckon that, in time, the band’s freshman effort will hold up better than expected.