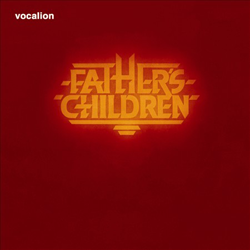 British fans of soul music are determinedly devoted to music that American record labels often let go out of print, and dogged in their rediscoveries of obscure musicians whom even Americans didn't support the first time around. And subgenres of British soul fandom abound. The rare groove scene began in the early 1980s with British DJ Norman Jay, and soon spread to the US. Soul fans in both countries championed and searched for records by little-known '70s funk bands that got chewed up in the major-label grinder. The operative word is rare -- the more obscure the band or singer, the better.

One such discovery is Father's Children, based in Adams Morgan, a culturally diverse neighborhood of Washington, DC. They were a terrific five-piece band fronted by three singers, but their eponymous 1979 debut on Mercury Records faded without notice. Oliver Lomax's liner notes for the CD reissue on the UK-based Vocalion label tells a familiar tale of brief triumph, inexplicable commercial failure, and a quick fade to obscurity.

Father's Children had been together since the late '60s, with different names and personnel lineups, when they signed with Mercury in 1978. Wayne Henderson, the trombone player for the Crusaders, produced the album and wrote the horn arrangements for six of its ten tracks. By the '70s, the Crusaders were, commercially, a very savvy group, and Henderson's production style reflected that polish. Father's Children is '70s funk that owes at least some of its sound to Earth, Wind & Fire, the Blackbyrds (another DC band), and a few other groups of that era.

The smooth horn lines that open "Shine On" place the song firmly in time, and keyboard player Tony Vaughn's low, slightly evil laugh gives the opening just a hint of camp, but Malik Abdul Khabir's slamming bass line anchors the tune. The voices of Qaadir Abdul Mateen, Raheem A. Khabir, and Hakeem Abdul Ghani blend in effortless harmony -- I wish the liner notes identified which takes the lead in each song. "Hollywood Dreaming" is probably the group's masterpiece, with Malik Khabir once again popping hard on bass, but Khalik Abdul Hanif's guitar also holds down a tight groove, and drummer Sadik Abdul Hagg plays solidly in the pocket.

The clavinet and Arp synthesizers in "Dance Do It" seem to carry a disco mirror ball with them -- the song is a slice of '70s dance-floor funk. That's a good thing, and Hanif's guitar work makes it even better. "Music Use It" is enlivened by a wicked horn chart, and is the tune that sounds most like Earth, Wind & Fire. But Father's Children never merely copped from someone else; they retained their identity in settings that producer Henderson probably hoped would make the group more appealing.

That didn't happen, but Father's Children is a worthy choice for reissue. Maybe the group will finally get some overdue recognition and sales. Numero Group, the Chicago reissue label that specializes in what it calls "eccentric soul," recently discovered Who's Gonna Save the World, an unreleased album Father's Children made in 1973. It's a very different record from this one, more stripped down and, in many ways, more original. Until I can pick it up, I'll see if I can find my Flagg Bros. platform shoes and enjoy Father's Children in this excellent remastering by Michael J. Dutton.