Father John Misty: "Chloë and the Next 20th Century"

Singer-songwriter Joshua Tillman recorded a number of albums as J. Tillman before adopting the stage name Father John Misty. He has released five albums credited to that name, the newest being Chloë and the Next 20th Century. Misty albums are often crammed with instrumental details that enliven Tillman’s songs, and his latest is no different in this respect. Chloë and the Next 20th Century is carefully and lushly appointed, but this time, Tillman pulls in ideas from several earlier eras of pop music. The result is an album that is a nod to the past while feeling very modern.

“Chloë” leans in the direction of Tin Pan Alley, with an arrangement that evokes the tone of a 1930s musical. The subject of the song is a socialite, and the narrator soon reveals some salacious details:

“Chloë” unfolds like a short story, and each listen helped to reveal a little more about the dark character of its subject. Drew Erickson’s arrangement gives the song an almost cinematic backdrop that helps to give shape to Tillman’s lyrics.

A couple grieves over the death of their cat on “Goodbye Mr. Blue,” which causes them to reflect on mortality and their failed love. The writing, arrangement, and Tillman’s delivery bear a striking resemblance to Harry Nilsson’s recording of the Fred Neil song “Everybody’s Talkin’.” Chloë and the Next 20th Century travels widely in its stylistic experiments, but “Goodbye Mr. Blue” and “Q4” share an affinity for the mid-1960s, high-concept productions typical of Nilsson and Jimmy Webb at that time.

“Kiss Me (I Loved You)” recreates Nashville’s countrypolitan sound with a tinkling piano and lush string arrangement. Tillman does a close approximation of Roy Orbison’s ballad style in this story of a clumsy attempt to rekindle a love affair. An uptown Nashville pedigree also informs “Buddy’s Rendezvous,” especially in the Lana Del Rey take on the song, which is on a bonus 7″ record included with the deluxe vinyl edition of Chloë and the Next 20th Century. 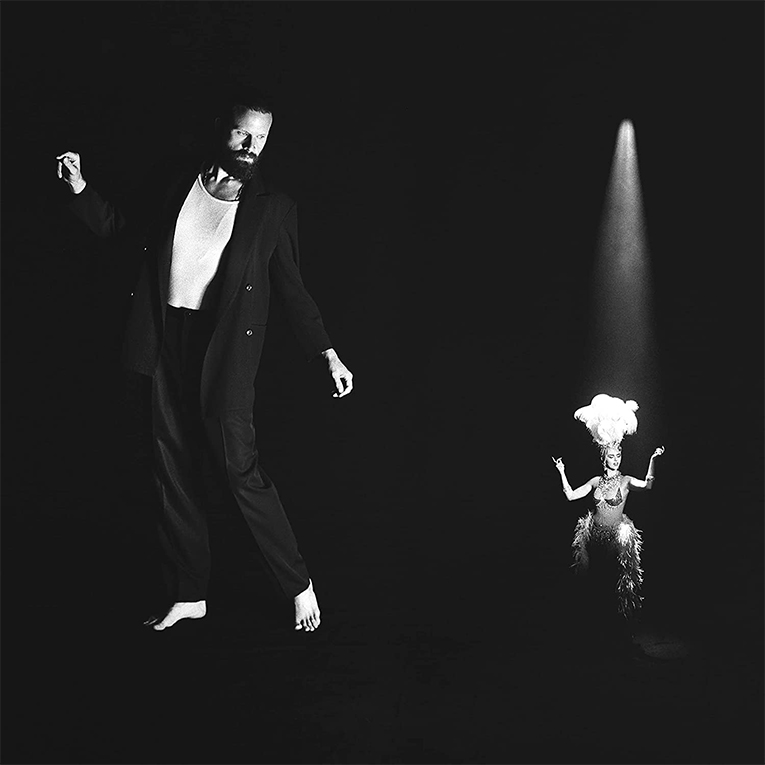 It would be an understatement to say Chloë and the Next 20th Century is stylistically diverse. “(Everything But) Her Love,” another song about doomed love, shows the influence of the great ’60s pop-music eccentric Van Dyke Parks. “The Next 20th Century” closes the disc, a nearly seven-minute epic with a string arrangement that has the sweep and intensity of a movie soundtrack. An aggressive, distortion-heavy guitar about a third of the way through creates a hard-edged moment for the song, but the strings return to calm things down again. Erickson’s arrangement creates a sense that the narrative of the song moves forward and develops.

Musically and sonically, Chloë and the Next 20th Century is an impressive accomplishment. The primary musicians on the album are Tillman, Erickson, and Jonathan Wilson, who coproduced the disc, but many other players contributed. The album was recorded at Wilson’s own Fivestar Studios in Los Angeles, California. The recording does full justice to Erickson’s impressive arrangements.

Who is the “we” that hired the Nazi band? Why? A later reference to Val Kilmer helps put the song in the present, more or less, but whatever metaphor Tillman is straining for doesn’t come into focus. As I noted earlier, the arrangement creates a feeling of momentum, but the lyrics don’t provide a developed narrative. In “Chloë,” Tillman sings:

The only message I get from those lines is that Father John Misty reads The New Yorker.

It’s also hard to get close to these songs because Tillman sings well, but in a tone of detached observance. By contrast, Lana Del Rey is fully committed to her performance of “Buddy’s Rendezvous,” and she gives it such emotional power that I was able to look past the indirectness of the story. She provides the impetus the song needs to fully engage a listener.

Joshua Tillman is clearly talented, and the lyrics on other Father John Misty albums aren’t usually as obscure as they are on Chloë and the Next 20th Century. The album has its strengths. It’s filled with strong melodies and rich, enveloping arrangements. But, for me, it’s easier to admire than to like.