John Mellencamp turned 70 this past fall; the years—and cigarettes—have left their mark on his voice. He now sounds almost as raspy and ancient as Bob Dylan. At this point in his life and career, Mellencamp realizes the pop music landscape has changed. “I still make albums,” he told The Wall Street Journal recently, “even though there’s not a lot of demand for albums in today’s singles world.”

In truth, it seems that Mellencamp came to that realization some time ago. His albums since 2008’s Life Death Love and Freedom have featured his own brand of American roots music, and have been aimed less at the hit parade and more at just being good records. 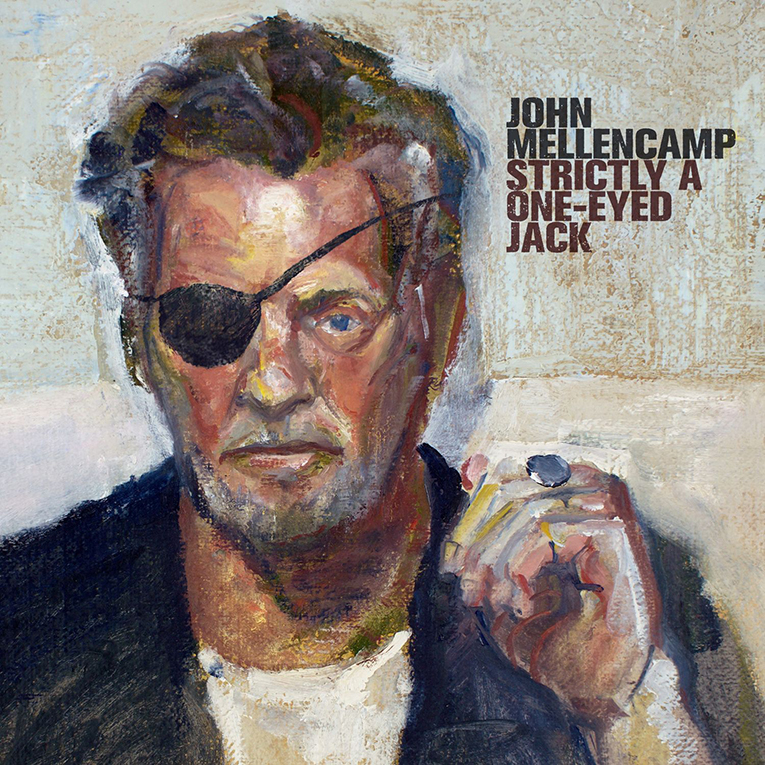 His newest album, Strictly a One-Eyed Jack, is the work of a man reaching his milestone birthday at a time of pandemic and confusion. The narrator in “I Always Lie to Strangers” admits to his faults, but notes: “This world is run by men / Much more crooked than me.” The instrumentation is familiar to Mellencamp fans: acoustic guitars, violin, a touch of banjo for color, and a piano in the background. The subdued accompaniment gives the tune an air of intimacy that continues through much of the album.

The fiddles in “Driving in the Rain” announce the song’s country-and-western roots, which Andy York’s haunting baritone-guitar line brings into even greater focus. Troye Kinnett’s chords on the harmonium add to the song’s evocative, early-Americana feel. The spare instrumentation on much of Strictly a One-Eyed Jack emphasizes the dark view Mellencamp often presents in his lyrics. “I Am a Man That Worries” sums up his themes on the album: “Worries occupy my brain / I’m worried about tomorrow / I worry about today.”

The songs on Strictly a One-Eyed Jack are varied enough in approach, however, to keep the album’s dark tone from being overwhelming. The first four tracks are subdued—“I Always Lie to Strangers” is almost funereal—but the rest of the album moves from medium-tempo acoustic rock to honky-tonk country and stirring rock’n’roll. “Did You Say Such a Thing” and “Lie to Me” are as hard-rocking as any of Mellencamp’s great hits, and I’d call them radio-friendly if the term still meant anything.

Bruce Springsteen joins Mellencamp on three songs on the album. The lyrics of “Wasted Days” express sadness at time’s passage, but the singers’ voices suggest they still look for meaning in the time that’s remaining. Springsteen’s searing guitar solo lights up “Did You Say Such a Thing,” and his harmony vocal on the track helps push Mellencamp’s world-weary voice into the most determined rock performance on the record. Springsteen doesn’t sing on “A Life Full of Rain,” but he plays a beautiful and delicate guitar solo. 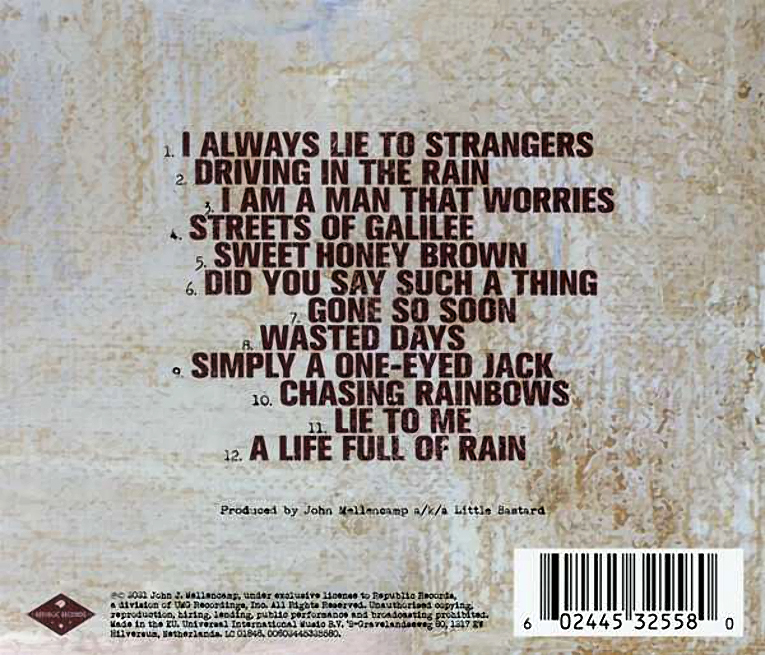 Mellencamp surprises with “Gone So Soon,” a jazzy torch song that evokes a late night in a smoke-filled bar. “A Life Full of Rain” has a cabaret feel that’s augmented by Kinnett’s accordion playing, but Mellencamp blends it convincingly with rock. Other tunes follow Mellencamp’s familiar path through Americana, but nothing feels rote. The musicians on Strictly a One-Eyed Jack have been with Mellencamp for some time, and their playing on the album is consistently impressive and often inspired.

Mellencamp recorded Strictly a One-Eyed Jack at his own Belmont Mall Studio, and Bob Ludwig mastered it. There’s just enough compression to make the rock tunes hit solidly, but overall the sound on the album is well balanced, with Mellencamp’s voice out in front.

At age 70, with over 25 albums behind him, John Mellencamp still has plenty of kick left. With luck, he has some more albums in him, too.