One of the ways I choose what I’ll review for the SoundStage! Network is to check the new releases listed on various music sites, including AllMusic.com. I read the summary review for a description of the band or musician, then I stream the album to see if I think it would be of interest to readers. If I do, I buy the disc.

These days, that last step is not always possible. When I reviewed Fiona Apple’s excellent Fetch the Bolt Cutters, the download version of the album preceded the physical media releases by two or three months. I had the same experience with Chrissie Hynde’s Standing in the Doorway: Chrissie Hynde Sings Bob Dylan.

When I heard the songs from Amser Mynd Adra, the debut album by the Welsh trio Papur Wal, I was drawn to the record’s tunefulness and variety. I couldn’t find a CD copy, or even a release date for one, but the recording is available for download at Amazon, Qobuz, and HDtracks, as well as other music sites. I picked it up in FLAC format at 24-bit/48kHz resolution. According to the band’s label, Libertino Records, a vinyl release is scheduled for April 2022. The album title, by the way, is Welsh for “time to go home,” and the band’s name means “wallpaper.” 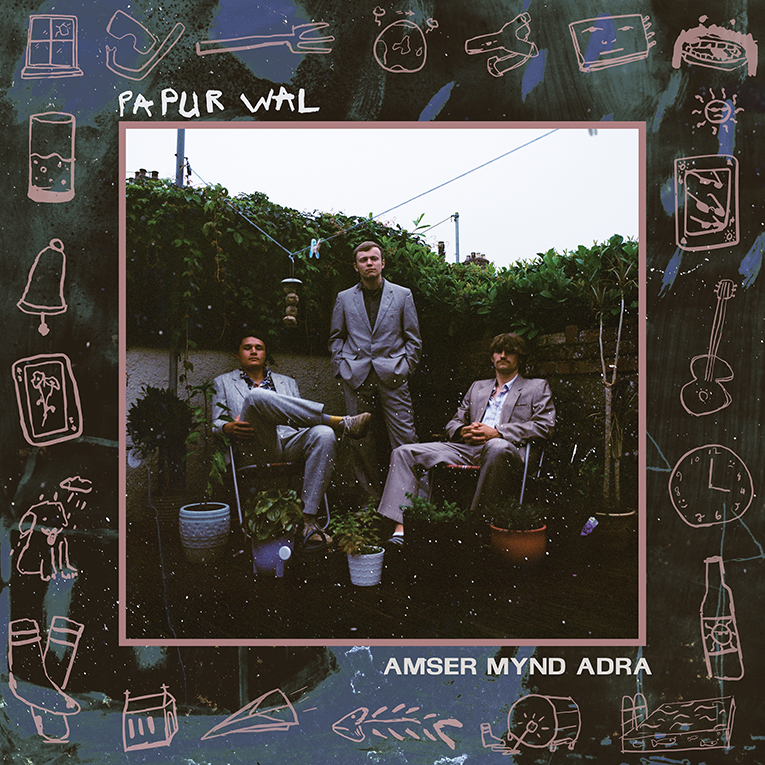 Papur Wal are a rock’n’roll trio from Cardiff whose Welsh pride manifests itself in their name, song titles, and lyrics—English only pops up a couple of times on the record. Guitarist Ianto favors overdriven, distorted guitars, but the chord progressions in the band’s tunes are often sophisticated and the melodies ear-catching. “Rhwng Dau Feddwl” (translation: “In Two Minds”) has a garage-rock edge, but the chord changes and “bop, bop” background harmony vocals reminded me of Sérgio Mendes’s bossa nova takes on 1960s pop songs. If, that is, Mendes had played his music on electric guitar at top volume.

“Arthur” embraces 1960s pop and garage rock, with a hint of 1980s New Wave and combines them into something fresh. lanto’s jagged guitar solo gives the track an avant-garde edge, but it doesn’t overwhelm the song or obscure its winning charm. “Meddwl am Hi” (“Thinking about Her”) is fast-moving punk, with a hard-driving beat from drummer Guto and a slamming bass line from Gwion. At first, it seems like a stylistic shift from the power pop that helps define the rest of the record, but its volume and enthusiasm fit snugly with the rest of the album.

“Haul Chwefror” (“February Sun”) suggests that Papur Wal listened to The Jam a lot, and I couldn’t help wondering if Uncle Tupelo might have done something like “Anifeiliaid Anwes (Fi Efo Hi)” (“Pets”) had they grown up in Wales. I don’t mean to suggest for a minute that Papur Wal is derivative. The group has absorbed all manner of great pop music and, like many good rock bands, combined it into something unique. 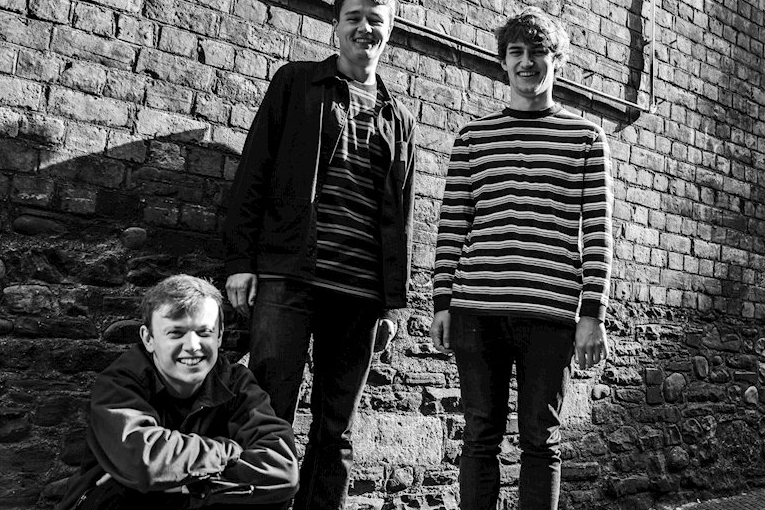 The songs are infectious and upbeat, and filled with surprising moments, from the trumpet line, played by lanto’s sister, on “Rhwng Dau Feddwl” to the pedal steel guitar on “Nôl ac yn ôl ac yn ôl” (“Backwards and Backwards and Backwards”). Producer Kris Jenkins (Super Furry Animals, Cate Le Bon, H. Hawkline) has given Amser Mynd Adra an uncluttered sound, with minimal overdubs, that lets the instruments make their mark without studio effects. I’m looking forward to the vinyl release of the album, but the live feel and transparency of the hi-rez download were sonically pleasing.

Aside from their name, there’s nothing about Papur Wal that suggests background music. Perhaps they would reach a wider audience if they sang in English, but l keep listening to and bopping around to Amser Mynd Adra without feeling I’m missing anything. The sheer joy of the music and the quality of the songcraft come through just fine.