Death Cab for Cutie: "Thank You for Today"

Thank You for Today is Death Cab for Cutie’s ninth studio album, and the first without guitarist Chris Walla, who had announced his departure during the recording of the band’s last album, Kintsugi (2015), to which he contributed guitar, keyboards, and vocals. But even then, for the first time in Death Cab’s recording career, Walla wasn’t in the producer’s chair. Rich Costey produced Kintsugi, and now this new one as well.

Thank You for Today feels like the work of a band entering middle age -- Ben Gibbard, the lead singer and primary songwriter, is 42. He sings of lost love, and of the effects of progress on our collective memories, and of age on rock musicians. One or two songs veer in the direction of this group’s occasional tendency toward preciousness, but even those are presented with emotional sincerity; overall, this album is the work of a band moving confidently forward after a major change in personnel.

Memories, especially of past loves and friendships, are a prominent theme in Thank You for Today. “Only in a dream / Is anything the way it used to be,” Gibbard sings in “I Dreamt We Spoke Again.” Dave Depper’s sampled Wurlitzer gives this tune a slightly dated feel emphasized by Zac Rae’s vintage synth. “Summer Years” continues the theme, and the keyboard washes and Gibbard’s guitar intervals push the song along, with Jason McGerr’s skittering drums keeping the swirling atmospherics well focused. 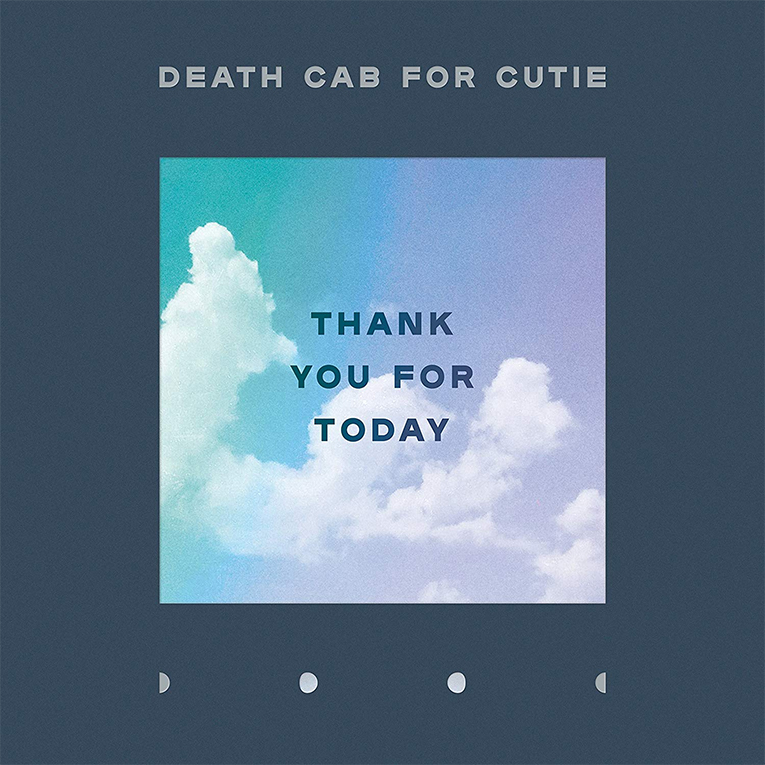 “Gold Rush” samples Yoko Ono’s “Mindtrain” but has little in common with that avant-garde tune. Instead, it expresses sadness at the effects of gentrification in layers of sound and melody. For all the programming and effects that went into each track on Thank You for Today, the songs themselves have a warmly emotional pull. Gibbard’s voice reaches out of the softly building sound effects of “When We Drive” to sing of friendship and time’s passing in a way that humanizes the song.

“You Moved Away” is a bit too obvious, musically and lyrically; nonetheless, most of these songs are smartly arranged and skillfully played. The acoustic and electric guitars in “Autumn Love” mix well with the electronic effects, in a song that’s sweetly moving without being overbearing. The simple keyboard line of “60 & Punk” is doctored to sound like a slightly out-of-tune upright piano, to create an aura of sadness for this tale of an aging rocker. The sampling and other effects remain in the background, underlining the poignancy. 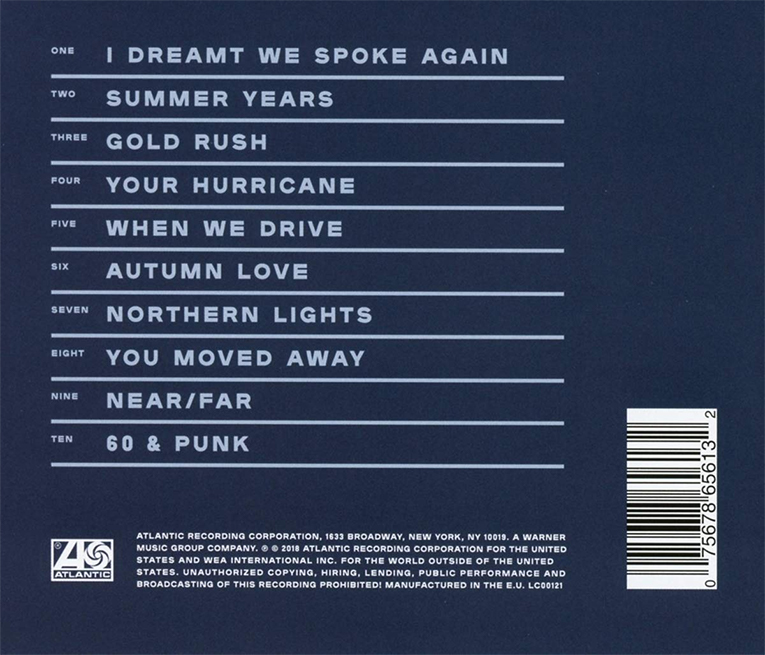 Some of the arrangements are reminiscent of 1990s bands, which seems appropriate for an album that contains so many songs about memory and the past. Most of the time, the influences are evocative rather than specific, but the guitars in “Northern Lights” sound very much like Echo and the Bunnymen. But Thank You for Today never sounds dated, and the layered arrangements catch the ear.

Rich Costey’s production and mixes present the instruments on a wide soundstage. Low frequencies come through forcefully without overwhelming other sounds, and little bits of percussion and effects reach from my speakers to grab my attention and pull me into the music. While I find myself missing some of the sprawling ambition of Death Cab for Cutie’s early albums, such as Something about Airplanes (1999) and Transatlanticism (2003), I found Thank You for Today to be sonically pleasing and lyrically satisfying.