“At the end of the tour, in early April [1968], the Who recorded their show at the Fillmore East,” Dave Marsh writes in Before I Get Old, still the definitive history of the band. “The tape of the Fillmore East concert is extraordinary,” he continued; “a remarkable burst of sustained energy.” Unfortunately, when the Who listened to the tapes, enough flaws jumped out that they decided not to release them. Nonetheless, over the years, bootlegs of those New York City concerts of April 5 and 6, 1968, enhanced the band’s reputation as a powerful live act.

The Who released a number of live albums over the years, but the original lineup’s finest was Live at Leeds (1970). At the University of Leeds they performed some of the same songs included in their Fillmore sets, but the Leeds show took place nearly two years later, and by then the Who were more confident and focused, especially on the extended tracks. At the Fillmore they were still finding their way, still discovering how to harness the power of loud amplifiers and feedback.

Eddie Cochran’s “Summertime Blues” was faster at the Fillmore -- at Leeds, Pete Townshend was letting his guitar chords ring out fully to create bigger walls of sound. Naomi Neville’s “Fortune Teller,” too, is faster in New York, but some of the Who’s own songs, such as “Tattoo” and “I Can’t Explain,” sound largely the same, except for a thinner, brighter sound that came from the Fender Stratocaster Townshend played at the Fillmore; by the time the band played Woodstock (1969) and Leeds, he’d switched to the denser sound of a Gibson SG Special. 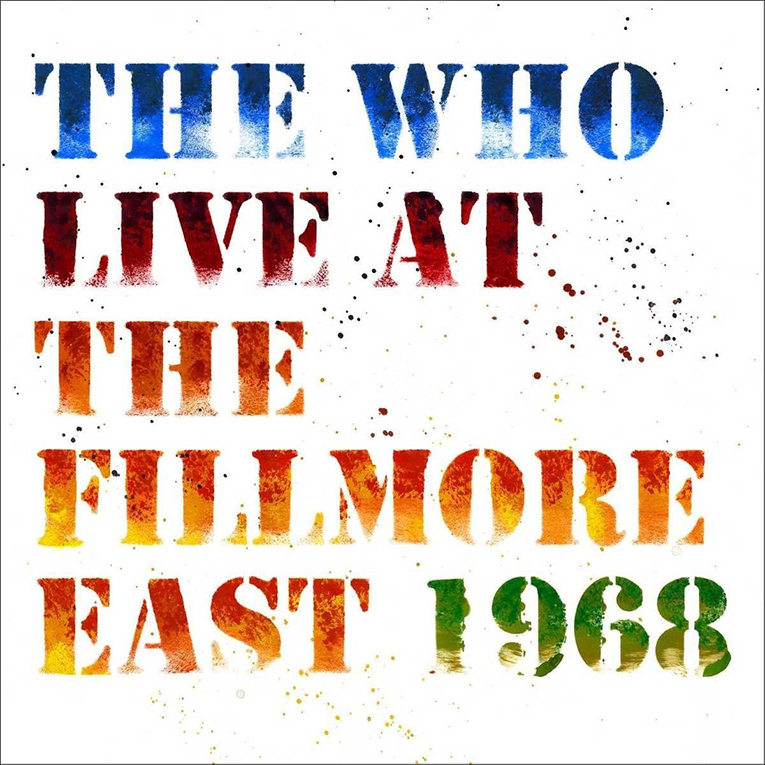 The shorter tracks, which include hits from the Who’s catalog as well as covers -- a total of three by Eddie Cochran -- show the band to be in fiery, lacerating form. The revelations in the Fillmore East set are the extended performances. “Relax,” at nearly 12 minutes, includes a long improvisational section, Townshend riffing against John Entwistle’s potent, fluid bass lines and Keith Moon’s splashing drums. Townshend uses volume and feedback, and is already starting to understand how dynamics can build momentum.

Disc 2 is devoted to a 33-minute version of “My Generation,” Townshend playing with chord progressions and lead guitar lines, Entwistle and Moon following and helping the guitarist build on his ideas. Some of the themes would find their way into Tommy (1969), and into other live versions of “My Generation,” but here Townshend is also using noise and sound to explore emotions and the impact of music in the way free-jazz musicians and others, especially Jimi Hendrix, were also doing in 1968. 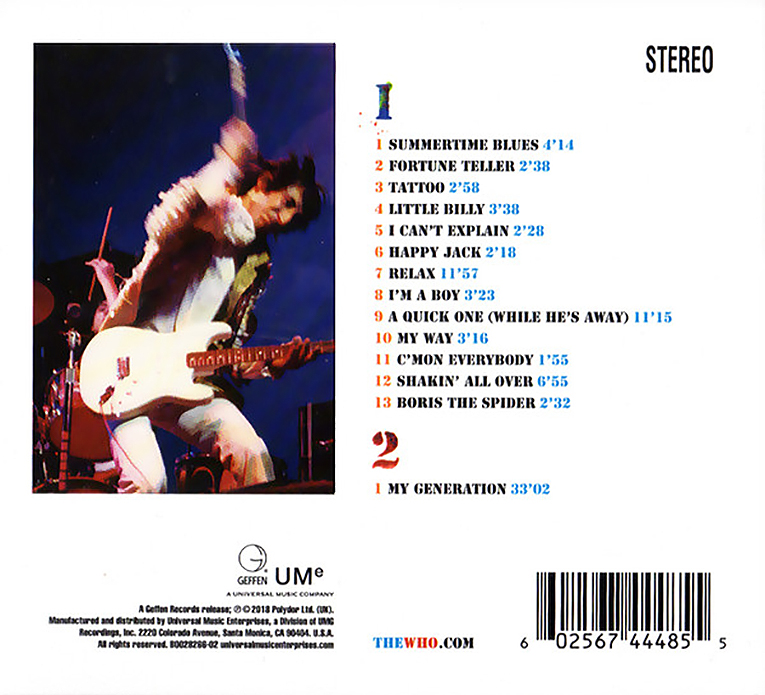 In such songs as “Happy Jack,” “Boris the Spider,” and even “A Quick One (While He’s Away),” the tuneful Who are very much present. But in the longer pieces, including a seven-minute version of Johnny Kidd’s “Shakin’ All Over,” the band asks its fans to come along as it explores new ground. It’s all very much in the spirit of 1968, when bands risked long improvisations, often exceeding their capabilities and falling on their faces. But when things clicked, the results could be exhilarating -- and more often than not on Live at the Fillmore East 1968, they are.

The sound quality varies. Roger Daltry’s voice isn’t quite audible in a few spots, and instruments occasionally drift or drop out. Overall, Bob Pridden and Richard Whittaker have done a good job of making this document very listenable, and Jon Astley’s mastering is up to his usual standard for Who recordings. It’s easy to be cynical about record labels and bands raiding the vaults to squeeze a few more bucks from fans, but Live at the Fillmore East 1968 is an essential purchase for any Who fan.