Chris Stapleton: "From a Room: Volume 2"

Chris Stapleton has written six No.1 hits for other singers, and more than 150 of his songs have appeared on albums by musicians as diverse as Adele, George Strait, and Tim McGraw. Stapleton is no Music City hack but a skilled singer, songwriter, and guitarist whose knowledge and command of Southern music idioms runs deep. Last year’s From a Room: Volume 1 owed as much to Gregg Allman as to George Jones, and was well played and refreshingly unslick. The Country Music Association awarded it Album of the Year.

From a Room: Volume 2 has the same roots as its predecessor. Stapleton recorded both albums in RCA’s Studio A in Nashville, where Elvis Presley, Waylon Jennings, the Beach Boys, and many other musicians made hits over the years. He opens Volume 2 with “Millionaire,” by another Nashville songwriter, Kevin Welch. Stapleton’s singing brings to the song an edge of Southern soul, and his guitar lines are elegant and sharp. 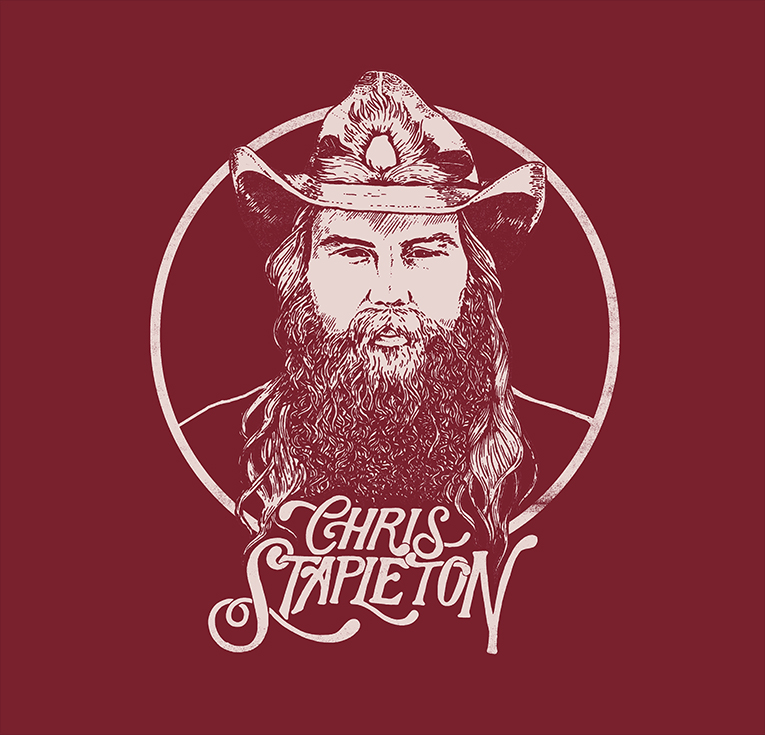 Stapleton can sing a line like “I’d get drunk and shoot out the lights,” from “Hard Livin’,” and make it sound as if he’s just made it up. It doesn’t sound recycled, and neither do his guitar riffs, which are fresh and alive. “Scarecrow in the Garden” shows how deep his cultural and musical roots go. Stapleton reaches back to a time when the Europeans who settled in the South arrived “from Northern Ireland / Searching for the free man’s ground,” and expresses pride in his heritage without pandering or appealing to any easy populist message.

“Nobody’s Lonely Tonight” contains as much Muscle Shoals soul as Nashville country, and Singleton’s smoky vocal is accompanied by beautiful guitar arpeggios and a tasteful, blues-drenched solo. “Tryin’ to Untangle My Mind” has a Southern-rock pedigree that reminds me of some of Warren Haynes’s tunes for the Allman Brothers Band’s later albums, but Stapleton gives it a more country flavor that helps underline how much bands like the Allmans owe to that tradition.

Stapleton rocks hard in “Midnight Train to Memphis,” overdriven guitars barking behind him, but some of the most affecting songs in Volume 2 are his acoustic ballads. “A Simple Song” celebrates the pleasures of “the kids and the dogs and you and me,” and in “Drunkard’s Prayer” he captures the frustration, confusion, and spiritual desolation of the alcoholic’s life. When he sings “I wish I could go to church but I’m too ashamed of me,” it’s heartbreaking -- Stapleton fully inhabits the character in whose persona he sings and lets you feel his pain. 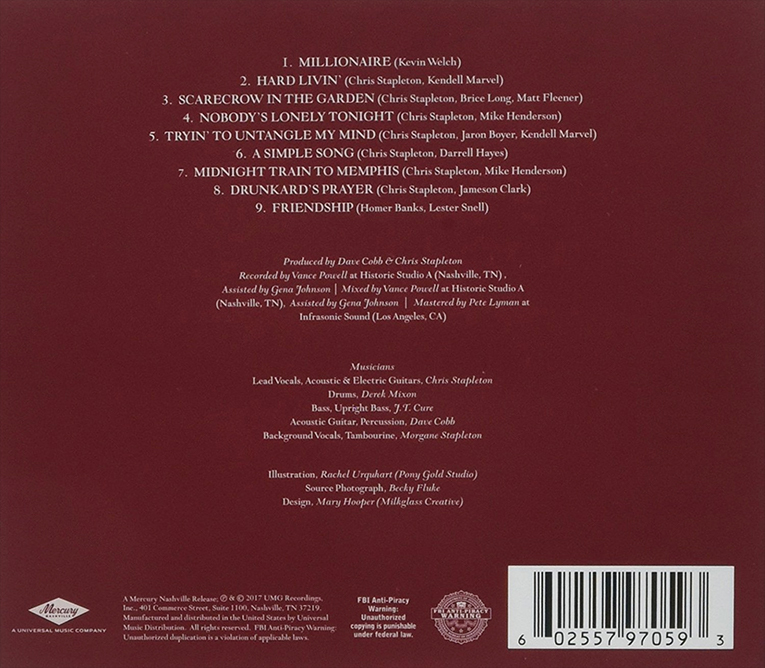 Stapleton’s wife, Morgane Stapleton, herself a respected songwriter, sings harmony vocals on most tracks, and contributes something to each one. Guitarist Dave Cobb, bassist J.T. Cure, and drummer Derek Mixon never call attention to themselves but bring the right touch to every song. Cobb and Stapleton produced the album; the engineering, by Vance Powell, is as refreshingly straightforward and honest as the music.