Godspeed You! Black Emperor is a Montreal-based musical collective, established in 1994, that has to its credit six studio albums and an EP. The group’s press releases give their music a strong political context, and their newest album, Luciferian Towers, is no exception. The new album’s webpage includes descriptions of the ideas behind each of its four tracks as well as a list of demands, the latter including a request that “the expert fuckers who broke this world never get to speak again.” Regardless of which side you’re on, anyone with a knowledge of recent political history can support that statement.

To try to get a handle on what GS!BE’s music is “like,” it’s tempting to try to identify influences -- everything from the Velvet Underground’s “Venus in Furs” to Brian Eno and Ministry -- but in the end, that seems lazy. Godspeed’s music has its own logic and sweeping power: at times confrontational, but, at least on this album, resolving into a feeling that political action is not just warranted but worth pursuing.

“Undoing a Luciferian Towers” begins with guitar distortion and soon adds layers of violin, dense keyboards, background percussion, and other instruments, all arranged in a dirge that takes several listens to sort out all its elements. Distorted sounds shift and throb, keyboards circle, and the track builds, layer by layer, to create a dark, ominous atmosphere that intensifies before, in its final 90 seconds, a melody stated by instruments and voices brings it to a triumphantly anthemic close.

“Bosses Hang,” a 15-minute composition in three movements, begins with processed violin and major chords on overdriven guitar, and played against those a heavy melody on distorted guitar. Drums enter to help ground it all, and the violin, guitars, keys, and bass build a majestic wall of symphonic sound. The volume drops for the second movement, guitar arpeggios repeating as the bass enters; it all slowly increases in volume as the violin and keys build a hypnotic melody. Once again, the drums pull things together as lines cross, collide, and weave together, and the final movement continues to develop the themes into a grand climax as beautiful as it is violent.

Two violins begin “Fam/Famine,” but other instruments quickly seep in to build on, expand, and stretch the repetitive melody. Guitars distort, keyboards swirl, and drums help move the song, adding more color than rhythm. The melodic theme remains at the center, but the song varies in mood and intensity, seeming to melt away as it ends. 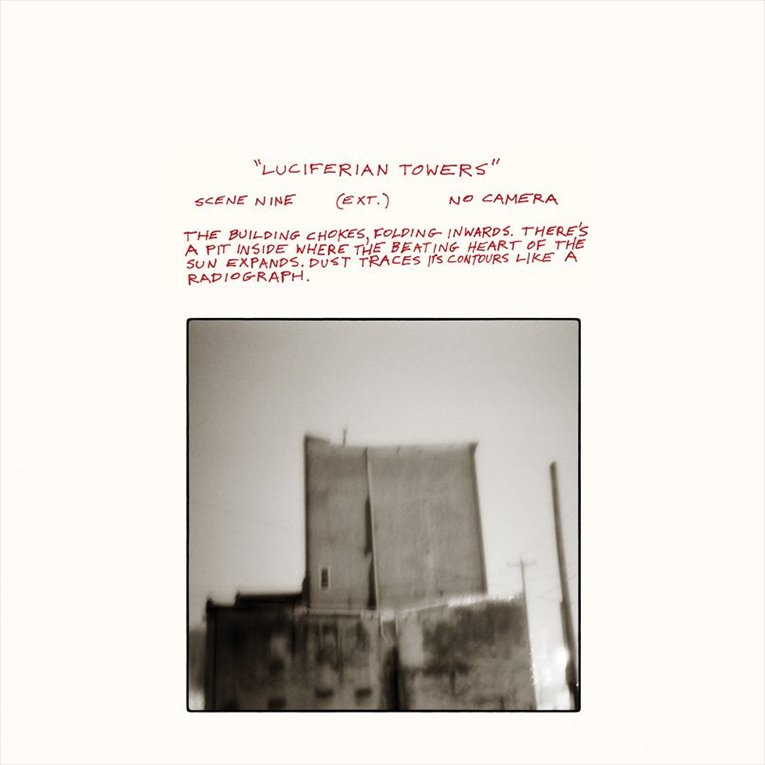 “Anthem for No State,” another 15-minute piece in three movements, is at least a partial nod to Ennio Morricone, the great Italian composer responsible for the scores for Sergio Leone’s films, among more than 500 others. A guitar establishes the tone with a series of low notes, and another processed instrument -- guitar? violin? -- helps establish the mood. The melody is then restated by a partially distorted guitar, à la Morricone.

As “Anthem” develops, it uses dynamics to build drama and tension. In the subdued middle section the guitars ebb and flow, developing the main melody, then explode into waves of distortion that announce the final section, which seems to embody this group’s stated ideas behind the song: “kanada, emptied of its minerals and dirty oil / emptied of its trees and water / a crippled thing, drowning in a puddle, covered in ants.” “Anthem for No State” evokes images of societal indifference leading to exploitation and then a rising up against the oppressor, followed by giddy feelings of victory.

Luciferian Towers is clearly a communal effort, but it feels and sounds like a grand, unified vision. The band has three guitarists, a violinist, two bassists, two drummers, and many singers (a 16mm film projectionist is listed among their members), and it’s difficult to figure out the division of labor, as no one in particular grabs the spotlight. The recording is densely layered, but it’s easy to hear individual instruments, and each hearing reveals something new.

This was my first encounter with Godspeed You! Black Emperor. I also listened to their two previous discs, Asunder, Sweet and Other Distress (2015) and ’Allelujah! Don’t Bend! Ascend! (2012). Now I want to hear all their music.