In 1965, a reporter at a news conference asked Bob Dylan if he thought of himself as primarily a singer or a poet. “Oh, I think of myself more as a song-and-dance man,” Dylan responded. While his answer was typically Dylanesque -- slyly humorous, a little mysterious -- the most recent Nobel Laureate in literature has spent the last three years moving closer to that description of himself.

When Dylan released Shadows in the Night, in 2015, I doubt anyone then guessed that he’d want to do more selections from the Great American Songbook. But 2016 saw the release of Fallen Angels, recorded in the same sessions, and continuing Dylan’s fascination with tunes Frank Sinatra had made famous.

His new three-CD/LP collection, Triplicate, moves further down that road. Each disc comprises ten songs and has a title: ’Til the Sun Goes Down, Devil Dolls, and Comin’ Home Late. The set follows the template of the other two albums. Dylan’s crack band, with Little Feat’s Dean Parks helping out on guitar, plays the tunes with great sensitivity, and the singer brings his interpreting skills to songs that were popular in his parents’ day. 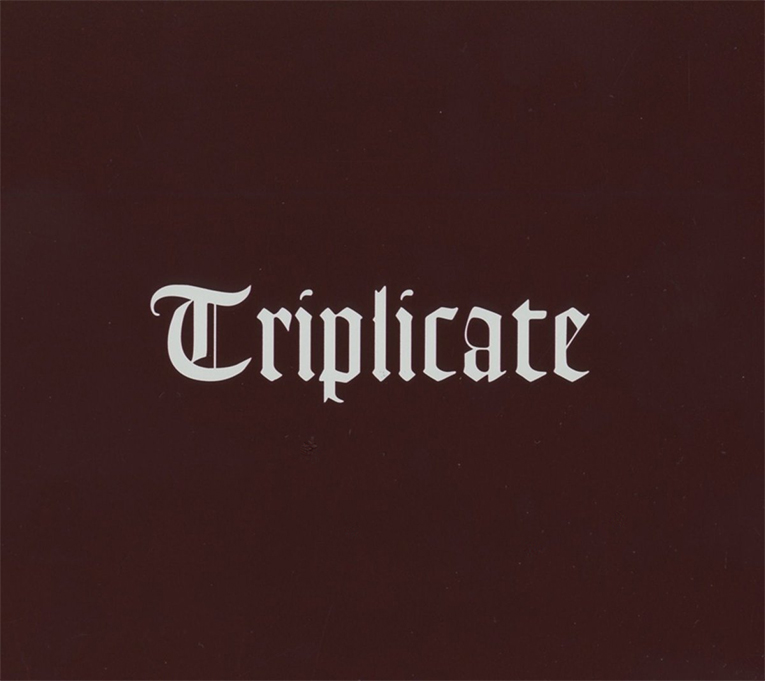 “I Guess I’ll Have to Change My Plans” opens with a horn arrangement by James Harper that harks back to the pre-swing era, and Dylan’s roughhewn voice sings it with obvious affection and a touch of nostalgia. As a songwriter, he takes great care with these songs’ lyrics. In “September of My Years,” when he sings “I find that I’m sighing softly as I near / September, the warm September of my years,” he pauses during the first “September,” then finishes the line with a mix of wistfulness and acceptance.

Parks plays a warm and harmonically rich sequence of chords behind Dylan in “As Time Goes By,” with Donnie Herron’s pedal steel guitar providing the romantic backdrop. “The Best Is Yet to Come” has Sinatra’s swagger, with a bit of Western swing thrown in. Dylan’s gentle reading of Johnny Mercer’s “P.S. I Love You” is set off and sweetened with beautiful guitar arpeggios and understated swells of pedal steel.

Triplicate takes in a number of musical styles, from 1950s pop to country, early jazz to swing. Herron’s pedal steel plays the role strings have played on many recordings of these songs, but Harper adds simple horn lines or a single element, such as the cello in “It’s Funny to Everyone but Me,” that help shape and focus these songs.

Dylan’s band shines throughout. Charlie Sexton is a skilled and versatile guitarist, drummer George Riceli is so unobtrusive that it’s easy to miss how he holds things together, and Herron is crucial to both the swing and romanticism throughout the album. Tony Garnier’s bass playing is a joy throughout. The players interact with the ease that’s to be expected from a band that has toured together for so long. 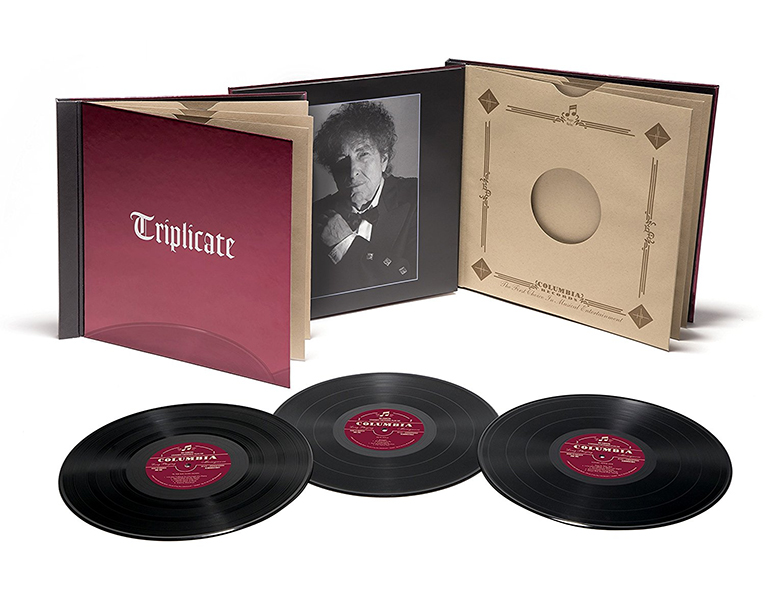 But Bob Dylan is the focus, and his handling of these songs is expressive and frequently moving, even if he lacks the polish of other singers who’ve recorded them. His voice sometimes cracks when he reaches for a high note, and that often adds character to the performance. He knows how to make a tune like “The Best Is Yet to Come” swing, but he’s best when his voice expresses the feelings of longing or regret inherent in the ballads.

The sound of Triplicate on vinyl is stunning. Jack Frost (aka Bob Dylan) produced these sessions, Al Schmidt engineered, and Ray Janos mastered them for vinyl at Sterling Sound. It felt as if Dylan were in the room with me, the band arrayed behind him. The low frequencies of Garnier’s bass sound epic, and give the music tremendous depth and power. Each LP side is only about 16 minutes long; the result is sound of tremendous resolution and realism.

This epic set would seem to exhaust all that Dylan might ever do with songs from the pre-rock era, but maybe not. The fact that he’s been able to record three albums of this material and not come to the end of the possibilities is already more than I might have expected. Far from being novelties, they’re beautifully played, emotionally honest records that pay tribute to American music. Dylan clearly respects the intentions of these songwriters from the past, whom his own generation turned its back on and often scorned. He reminds us that they, like him, are part of our shared history.