Chicago-based guitarist Harvey Mandel’s first appearance on record was in 1966, on Stand Back! Here Comes Charley Musselwhite’s Southside Band. Over the next few years he played live with a number of other blues legends, including Muddy Waters and Otis Rush, and appeared on recordings by Canned Heat and John Mayall, his long, searing guitar lines earning him the nickname “the Snake.” When the Heat appeared at Woodstock in 1969, Mandel was their lead guitarist. In 1974, when Mick Taylor left the Rolling Stones, Mandel auditioned for his slot, and played in “Hot Stuff” and “Memory Motel,” from the Stones’ Black and Blue (1976).

As even that brief glimpse of his résumé shows, Mandel should be better known. His new album, Snake Pit, matches the standard he’s set with his many solo albums since 1968, and shows his formidable skills undiminished. Mandel recorded the album at Fantasy Studios, in Berkeley, with four young Chicago musicians, to whom he introduced his song ideas via demos he’d recorded on his iPhone.

Mandel sounds confident and strong in the title track, with drummer Ryan Jewell and bassist Anton Hatwich laying down a firm foundation behind his tastefully flashy guitar. Ben Boye plays understated electric piano, then steps up for a nicely constructed solo. “Snake Pit” contains hints of blues, funk, and jazz that Mandel handles easily but with burning conviction, and even at a length of 5:27, “Snake Pit” never loses steam or stoops to cliché. 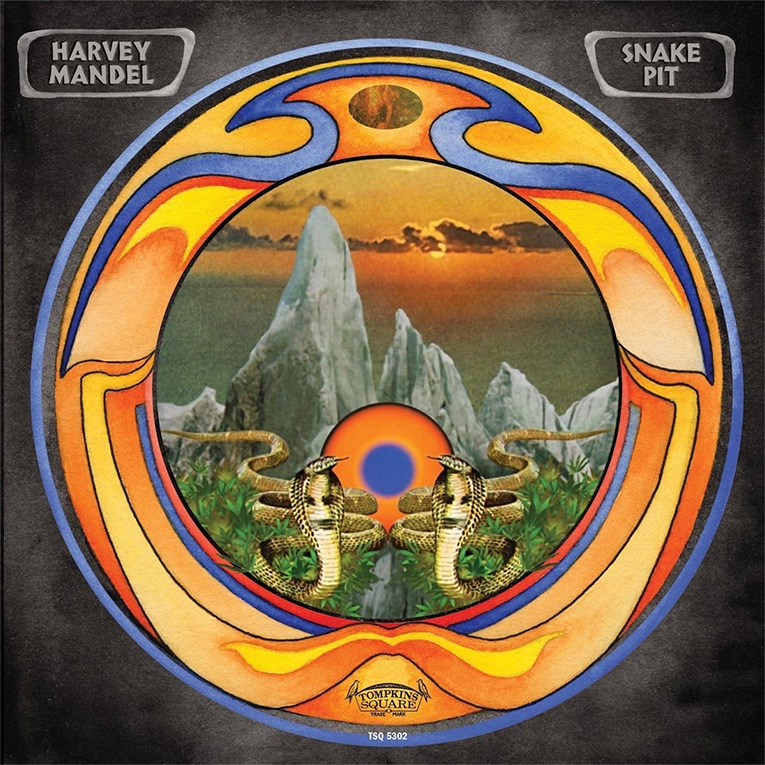 “Space Monkeys” is three minutes of guitar heroics, enriched in the fade by the addition of strings. Dick Bright, a popular Bay Area musician, arranged and played strings on several tracks, and they add to “NightinGail” a wonderfully ethereal quality further emphasized by Boye’s shimmering electric piano. Both elements work with the delay and reverb on Mandel’s guitar to create a mysterious, late-night groove.

Mandel stretches out and expands on the melodic themes of the funky, fast-paced “Baby Batter.” Boye’s subtle, sensitive solo leads into a series of slashing statements from Mandel for which Bright again provides an elegant background of strings. Any fear that Mandel has forgotten how to play the blues is dispelled in “Buckaroo” and “Ode to B.B.” -- his mastery of the form and deft balance of speed and economy should be lessons to young hotshot players.

On Snake Pit, Boye is Mandel’s alter ego much as Max Middleton was to Jeff Beck on the latter’s 1970s recordings, especially Blow by Blow (1975). His solos enrich the songs, and his chordings give Mandel a rich harmonic backdrop. Hatwich and Jewell rarely call attention to themselves but are rock solid throughout, while guitarist Brian J. Sulpizio and conga player Jose Najera fill out the sound.

Although the tunes were new to these musicians, they were so comfortable with everything Mandel threw at them that these tracks were cut live in the studio in just one or two takes (Bright later added the strings). The sound, engineered by Jesse Nichols and mastered by George Horn, crackles with the energy of a live performance. A few years ago, Harvey Mandel fought a bout with cancer; I’m thankful he’s still around to make records this good.