Peter Erskine Trio: "As It Was"

Drummer Peter Erskine had been active in jazz for 20 years when ECM released You Never Know (1994), the first of four discs he made for the label with a trio that included British pianist John Taylor and Swedish bassist Palle Danielsson. As It Was gathers all four of the Peter Erskine Trio’s ECM releases into a boxed set that’s part of the label’s Old and New Masters Series.

Erskine began his career with Stan Kenton in 1972, before moving on to work with Maynard Ferguson and Weather Report, so his appearance on a series of chamber-jazz recordings, something of a specialty for ECM, was a surprise to some. Erskine was, up to that point, known for a big sound that the music he played demanded, but in these trio sessions he’s remarkably understated, adding color and texture to the arrangements.

The trio is well balanced, the three musicians responsive to each other. Taylor, who died in 2015, was a melodic and compelling player who showed the influence of Bill Evans and Impressionist composers, but he had a unique rhythmic feel and a finely tuned sense of dynamics. Erskine brings a feel for space and understated support to the trio setting, and Danielsson is melodically gifted and rhythmically elastic.

“New Old Age,” one of four Taylor compositions on You Never Know, builds in intensity and emotional complexity, Danielsson filling in behind the pianist and Erskine adding light cymbal touches. At one point the song falls silent before returning for a stirring and dramatic conclusion. Taylor’s “Clapperclowe” is a full-on swinger, Erskine handling the meter changes easily and Danielsson playing a bright, bouncy solo.

Erskine wrote only one tune for You Never Know, but “On the Lake” is straightforward in its delicate beauty and is one of the best tracks on the disc. Composer/arranger Vince Mendoza wrote three tracks, including “Amber Waves,” which is slightly darker than some of the others but still has a strong melody line. Cole Porter’s “Everything I Love” honors tradition while fitting in well with the album’s overall flow. The playing throughout is brilliant, but no single player dominates. The musicians interact in a conversation that is respectful and intelligent, never boring or staid. 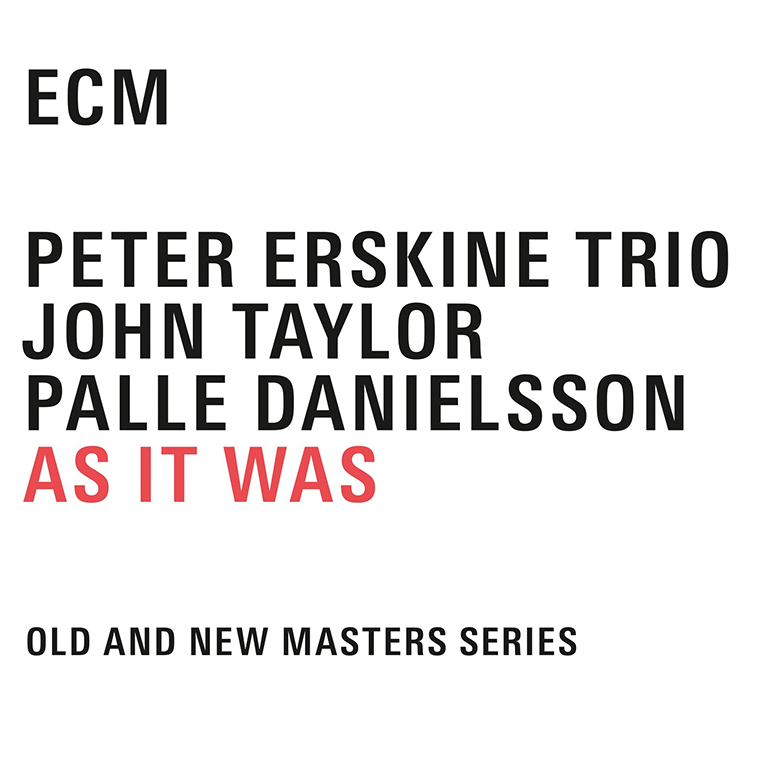 “Terraces,” a collaboration by all the members of the trio, opens Time Being (1995), and it’s clear on their second disc that the players are even more tuned in to each other and willing to take chances. Erskine wrote three selections for this session, and each introduces tension and dissonance to the group’s repertoire while keeping an eye on melody. Danielsson’s “Palle’s Headache” is a buoyant feature for the bassist that also lets Taylor take flight.

Taylor’s five compositions for As It Is (1996) are harmonically edgier than his tunes on the first two discs while maintaining the elegant beauty that was his trademark. Mendoza’s “Esperança” injects a Latin flavor into the group’s sound, and Taylor responds with sensitive playing that Erskine drives as the song develops. The high point might be an adaptation of William Walton’s “Touch Her Soft Lips and Part,” in which Taylor’s debt to Bill Evans’s romanticism is most pronounced.

Erskine’s snare drum skitters and jumps in Taylor’s “Prelude No.2,” from Juni (1999), the quartet’s final disc for ECM. After playing together for so long, the three were subtly responsive to each other, comfortable enough to leap into tunes that were sometimes darker than anything they’d attempted up to that point. Danielsson’s fluid playing anchors this track even in its most difficult passages, and Erskine’s cymbal and snare accents create tension and excitement. Erskine’s “The Ant & the Elk” and “Twelve” are abstract and free in structure, but remain well grounded and accessible. Danielsson’s “Siri” and Taylor’s “Fable” are both emotionally and musically rich compositions that help balance and pace the disc.

John Kelman’s insightful liner notes include a quote from Erskine about his hopes for this trio: “number one, dynamically, the goal was to get audiences to lean forward in their seats to hear us; and number two, most importantly, that we think of and consider solos to be non-events.” The solos on these four discs are, in fact, exciting and well developed, but the interaction among the three players gives the music subtlety and balance. All four discs are intelligent and deeply felt, and reward close attention.

Erskine now has his own label, Fuzzy Music, and continues to be in demand as a session drummer and teacher. He’s since played in other piano trios, most notably with Alan Pasqua, but I believe these four albums feature some of his best playing. On them he thinks melodically, in the way that Shelly Manne or Paul Motian often did. With John Taylor gone, this trio can’t be reunited -- but it would be wonderful to hear Erskine make music similar to what’s contained in this elegantly packaged, well-annotated set.