Eric Clapton: "I Still Do"

For about ten years, beginning in late 1963, Eric Clapton was such a hugely influential blues and rock guitarist that he created, with Jimi Hendrix, the concept of the guitar hero. His recordings with the Yardbirds, John Mayall, Cream, Blind Faith, Delaney and Bonnie, and Derek and the Dominos helped define what it was to be a solo rock guitarist. He pushed himself to try new things, and every solo was exciting, fresh, and surprising.

But in 1974, with 461 Ocean Boulevard, Clapton established a pattern that he would follow, more or less, for the next 40 years. He mixed blues, rock, and country, occasionally throwing in some reggae, and played in a laid-back fashion that left many fans wondering if he’d ever again summon up his old fire.

I Still Do is the guitarist’s 23rd solo album, and it returns to the producer’s chair Glyn Johns, who produced Slowhand (1977). It’s a solid, well-played disc that meets expectations, but one or two surprises lift it above much of Clapton’s recent work.

The album begins on a high note with “Alabama Woman Blues,” a 1930s blues song by Leroy Carr, Clapton playing smoky slide guitar and reaching deep for an emotionally stirring vocal. Clapton goes back to 1931 for Skip James’s “Cyprus Grove,” and his dirty slide guitar once again provides the power. He plays cleaner slide in Robert Johnson’s “Stones in My Passway,” but what’s remarkable about these three blues tracks is how powerfully uninhibited Clapton’s playing and singing remain, even after more than half a century of playing the blues. It still brings out the best in him. 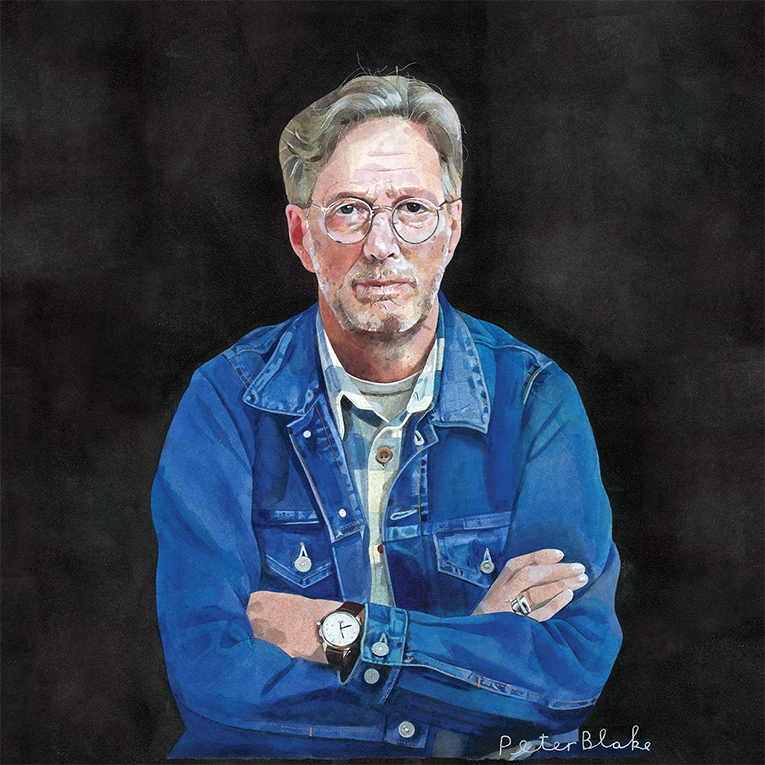 A gospel-tinged performance of Bob Dylan’s “I Dreamed I Saw St. Augustine” is by far the album’s strongest. Dirk Powell’s accordion runs help reinforce the track’s rootsy feel, and the backing vocals by Michelle John and Sharon White give it a strong spiritual undercurrent. Clapton plays an understated but effective solo, and his singing is his finest on the album -- and some of the best of his career.

Clapton has covered J.J. Cale’s songs so often -- in 2006 they made an album together, The Road to Escondido -- that Cale’s two compositions here, “Can’t Let You Do It” and “Somebody’s Knockin’,” aren’t revelatory. But in the latter Clapton succeeds more than ever at capturing Cale’s unusual combination of energy and reserve, and the track features his strongest guitar solo on this album. He returns to the 1930s for two songs that aren’t blues -- “Little Man, You’ve Had a Busy Day” and “I’ll Be Seeing You” -- playing and singing both with tenderness and great feeling.

Two tracks are outright duds: Paul Brady and John O’Kane’s “I Will Be There,” and Clapton’s own “Catch the Blues.” With Andy Fairweather Low and Simon Climie, Clapton wrote “Spiral,” the kind of medium-tempo blues rocker that gave him hits. These three tracks slow things down a bit, but everything else is heartfelt, and well played by a stellar band that includes Paul Carrack and Chris Stainton on keys and Henry Spinetti on drums. Glyn Johns and Martin Hollis engineered; not surprisingly, the sound is deep and rich. Bernie Grundman has mastered a vinyl edition, which I’m willing to bet sounds terrific.

The first few times I listened to I Still Do, I wrote it off as another ho-hum Eric Clapton album; instead, it’s turned out to have an emotional pull that took firmer hold the more I listened. Still, as enjoyable as the album is, it leaves me with the feeling that it’s not the masterpiece Clapton still has in him -- however well played, it’s very much the kind of record he’s been making for 40 years now. Clapton’s reunions with Cream in 2005 and with Steve Winwood in 2009 showed hints of the risk-taking player he was when he was young. I think he has at least one more record’s worth of surprises for us.