Amazon’s editorial review of Mark Knopfler’s new disc, Tracker, calls him the “former lead singer of Dire Straits.” I think of him as a remarkable guitarist. Both descriptions are too narrow. Knopfler is as good a songwriter as the ’80s produced, and he is an unusually acute and observant lyricist. His attention to the right details in the small space of a song lyric enables him to create narratives as vivid as those of the best short-story writers.

Youth’s bright future and age’s lingering regrets commingle in the songs on Tracker. The jaunty “Laughs and Jokes and Drinks and Smokes” recalls Knopfler’s time as a young musician in London, when he and his friends endured inconvenience and cheap apartments, “. . . always broke, not that we ever cared.” The tune skillfully blends a drum line reminiscent of Paul Desmond’s “Take Five” with the Celtic folk music that Knopfler has incorporated into recent albums.

Knopfler worked as a copyboy for the Evening Chronicle in Newcastle while in his teens, when the poet Basil Bunting was a reporter there. “Basil” is composed of Knopfler’s memories of Bunting, who would only achieve fame in 1965 when he published “Briggflats.” By then, he had been writing poetry for 40 years. The lyrics deftly paint a portrait of a curmudgeonly writer working at a job he hates to support the work he loves. Knopfler’s lightly strummed acoustic guitar and simple single-note melody lines help convey the man’s frustration and dignity. 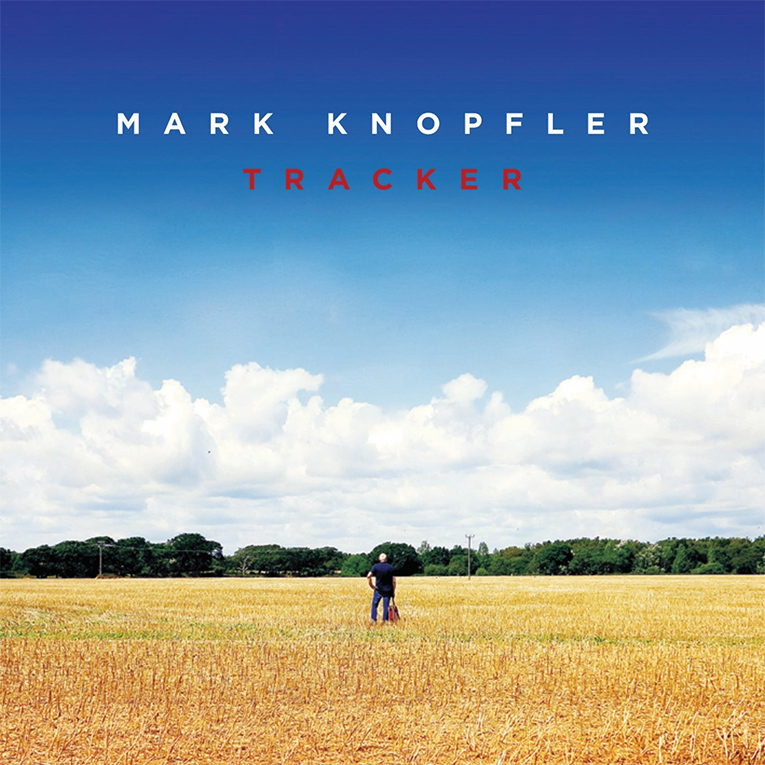 The narrator of “Mighty Man” is a ditchdigger -- proud, but worn down. Knopfler’s mournful slide guitar and affecting vocal express the man’s hard life without condescension. “River Towns” takes its time to let the story of a dockworker unfold, but the accumulation of small details and the slowly building arrangement create a strong emotional pull.

Knopfler is a master at blending blues, country, traditional English and Celtic folk, and jazz. Most of the selections on Tracker run five minutes or longer, but they never feel overlong or padded. While some tracks, such as “Laughs and Jokes and Drinks and Smokes” or “River Towns,” are richly arranged, “Broken Bones” and “Long Cool Girl” use spare instrumentation to make their points. “Beryl,” a tribute to novelist Beryl Bainbridge, sounds like prime Dire Straits without merely recycling old ideas, and Knopfler’s flowing guitar lines are reminders that he is perhaps the least flashy guitar hero in rock.

Ruth Moody of the Wailin’ Jennys duets with Knopfler on “Wherever I Go,” and she provides backing vocals on four other tracks. Other musicians, including Nigel Hitchcock on sax, Phil Cunningham on accordion, and John McCusker on fiddle, make key contributions. Guy Fletcher, who has played on all of Knopfler’s solo discs, plays keyboards. Fletcher has been a part of Knopfler’s music for so long that he is his most reliable collaborator.

Fletcher also engineered Tracker at Knopfler’s British Grove Studios, which has an impressive selection of new and vintage recording gear. Bob Ludwig mastered the CD, and the sound is expansive and richly detailed. Each play reveals small touches that make Tracker a rewarding disc to return to repeatedly.

The deluxe edition of the CD includes four additional tracks that are worth paying the extra few dollars for, and after hearing how good the CD sounds I am tempted to pick it up on vinyl. Mark Knopfler has been remarkably consistent, but Tracker is outstanding even by his high standards.