Bob Dylan: "Shadows in the Night"

It’s natural to wonder what Bob Dylan is up to when he releases an album of standards, just as people wondered why he recorded a Christmas record. Count me among those who liked the Christmas album, but I share Dylan’s affection for those songs. And Dylan’s love of American music is, in part, what Shadows in the Night is about. His albums since “Love and Theft” (2001) have included hints of everything from 1920s jazz to Tin Pan Alley, along with the blues and rock’n’roll, and he’s long been aware of and embraced many influences.

Shadows in the Night takes ten songs from the Great American Songbook that were, over the years, recorded by Frank Sinatra. As Dylan told AARP, “When you start doing these songs, Frank’s got to be on your mind . . . it’s hard to find a song he did not do.” With a few other artists, Dylan was on hand to help Sinatra celebrate his 80th birthday, in 1995. In the mid-’80s, many of us who’d been listening to rock realized that Sinatra and a few other singers from his generation, including Tony Bennett and Nat Cole, were kind of hip after all.

None of those singers used a pedal steel guitar in their arrangements, but that instrument’s mournful tone announces “I’m a Fool to Want You.” The accompaniment on that track is spare, and even when a three-piece horn section joins in, the focus is on Dylan’s voice. He doesn’t sing in the hoarse, ancient tone he’s used for his last several records, but he doesn’t exactly croon. He carries the melody, but when he reaches for the high notes, his voice breaks a little, and it’s a moving part of his interpretation. 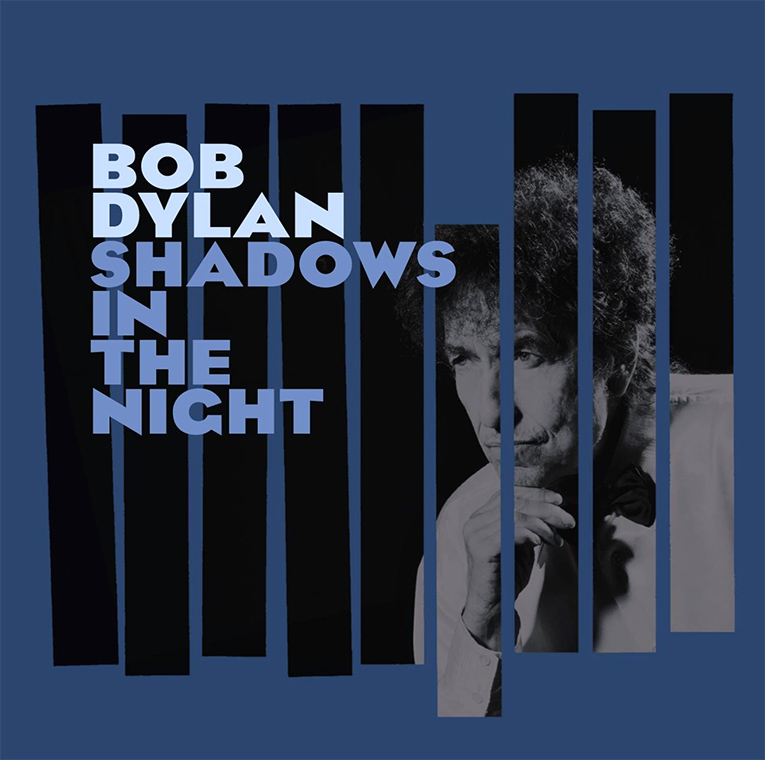 The lush arrangement of Sinatra’s 1965 recording of “Stay with Me” is in marked contrast to Dylan’s take, but both underscore the beauty of the lyric, and Dylan sings it with tender grace. There are many recordings of “Autumn Leaves,” but Dylan’s fresh reading and his band’s sympathetic backing show how an old, perhaps overfamiliar tune can sound new. “Where Are You?” is a sad ballad, but Dylan, like Sinatra, doesn’t sound entirely defeated.

“That Lucky Old Sun” closes the album majestically, with a beautifully understated horn arrangement and a deeply moving vocal. Frankie Laine had the biggest hit with this song, but everyone from Louis Armstrong to Jerry Lee Lewis has covered it, and Dylan’s vocal and D.J. Harper’s arrangement seem to pay tribute to them all. Shadows in the Night embraces an earlier tradition of songwriting that Dylan and his contemporaries often ran from, but here he seems to be saying that there’s a continuum -- these old tunes have as much to do with who he is as the tunes on Harry Smith’s Anthology of American Folk Music.

According to recording engineer Al Schmidt, Dylan and his band recorded live, without headphones -- just the musicians arranged around the singer. The recording is intimate and inviting, especially on vinyl. The LP edition includes the complete program on CD, and at 20 bucks, it’s the way to go. The CD sounds very good, but the LP is more spacious, and Dylan’s voice is much more three-dimensional.

No one is going to confuse Bob Dylan with Frank Sinatra or Tony Bennett, but that’s not his goal. His interpretations have their own glory -- and I, for one, can’t get to the end of “That Lucky Old Sun” without tearing up a little.