When Marshall Crenshaw heard the live tracks from the early 1980s that comprise disc 1 of his new two-CD collection, The Wild, Exciting Sounds of Marshall Crenshaw: Live in the 20th and 21st Century, he was pleased to find that so many of the songs came from his album Field Day (1983), which he describes in his liner notes for this new set as his “ill-fated but legendary second album.”

Many critics didn’t know what to make of Steve Lillywhite’s production of Field Day, which was denser and more complex than the approach taken a year earlier on Marshall Crenshaw, the singer’s debut. Time has revealed Field Day to be a rock’n’roll gem, and the Intervention Records reissue of the album on vinyl, with an outstanding remaster by Kevin Gray, reinforces its greatness.

The 16 songs on disc 1 of this new set come from syndicated radio broadcasts Crenshaw and his band performed during 1982 and 1983, and include tunes from the two albums he’d released by then, as well as some surprising choices of cover songs. Crenshaw’s band at the time included his brother Robert on drums and Chris Donato on bass. Both appeared on his first two LPs, and were joined in these early shows by another Crenshaw brother, John, on percussion and vocals. 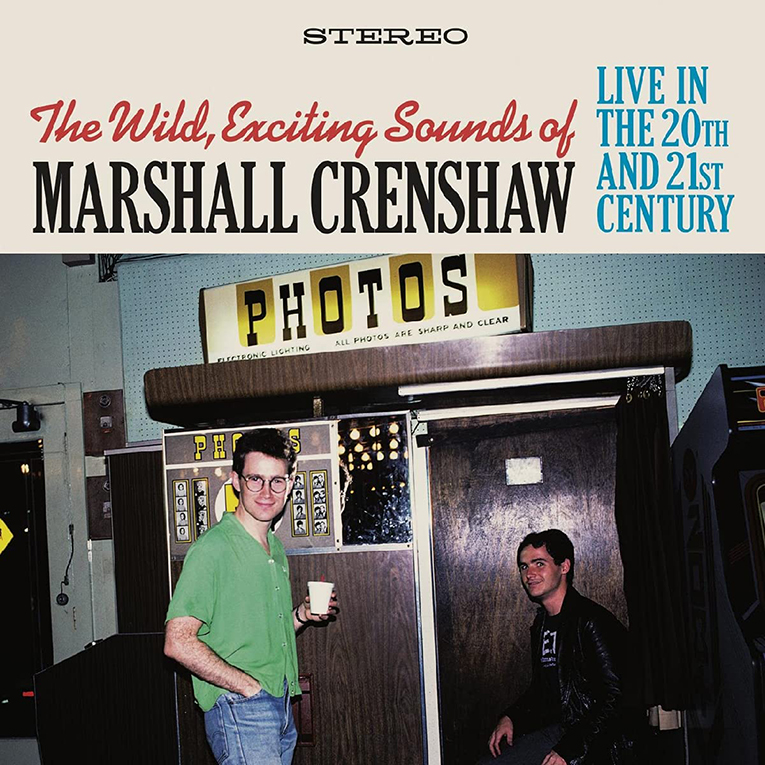 These early live recordings show the group to be more than capable of presenting Crenshaw’s melodic brand of rock. Donato’s bass playing is fluid and engaging, and Crenshaw’s chord work is a reminder of his formidable skills on guitar. Robert Crenshaw’s drumming throughout is straightforward and unfussy; exactly what the music called for.

Crenshaw’s songs often feature memorable vocal harmonies, and the quartet does an impressive job of recreating live the vocals from the studio versions of “Whenever You’re on My Mind,” “Rockin’ Around in NYC,” “Our Town,” and the other tracks on the disc. Crenshaw himself covers a lot of ground on the guitar, handling both rhythm guitar and solos with ease. He covers two Elvis Presley tunes, “Got a Lot o’ Livin’ to Do” and “A Big Hunk o’ Love,” that show Crenshaw’s command of rockabilly guitar and his affection for the great singer, and “Here I Am,” his take on the Al Green song, lets his band display its versatility. 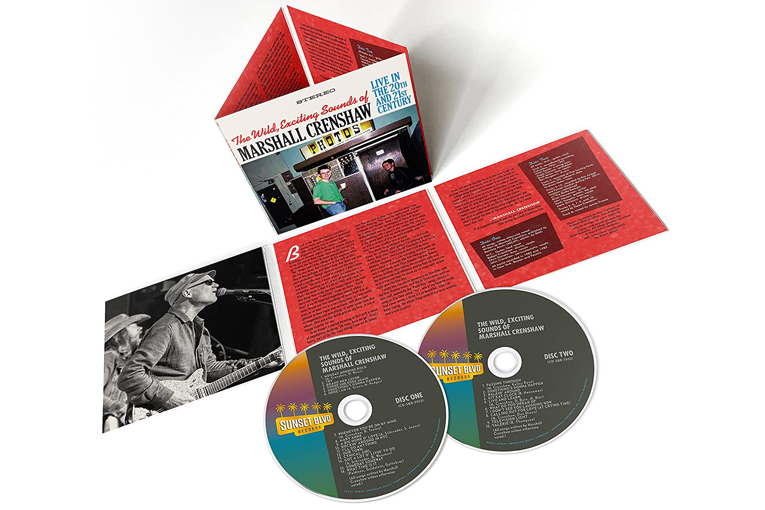 Disc 2 highlights later periods of Crenshaw’s performing career. The first two tracks are from a 2014 solo performance in Alaska. Crenshaw plays “Passing Through,” from Jaggedland (2009), and “Something’s Gonna Happen”—his first single, released in 1981, which led to his signing for a major label. The latter song also appears on the first CD of this set, played by the full band, and it’s interesting to compare the way Crenshaw handled the song in his 20s with how he sang and played it more than 30 years later.

More than half of the tracks on disc 2 were culled from 2014 performances backed by the Bottle Rockets. The songs skip around his long songwriting career, and the Bottle Rockets show a deep understanding of Crenshaw’s music. Drummer Mark Ortmann and bassist Keith Voegele are a solid and sympathetic rhythm section, and the guitarists, Brian Henneman and John Horton, nail the subtleties of the original guitar parts on Crenshaw’s songs, including “Calling Out for Love (at Crying Time)” and “What Do You Dream Of.” All three guitarists light up a terrific version of Richard Thompson’s “Valerie,” which Crenshaw covered on his final album for Warner Brothers Records in 1989. 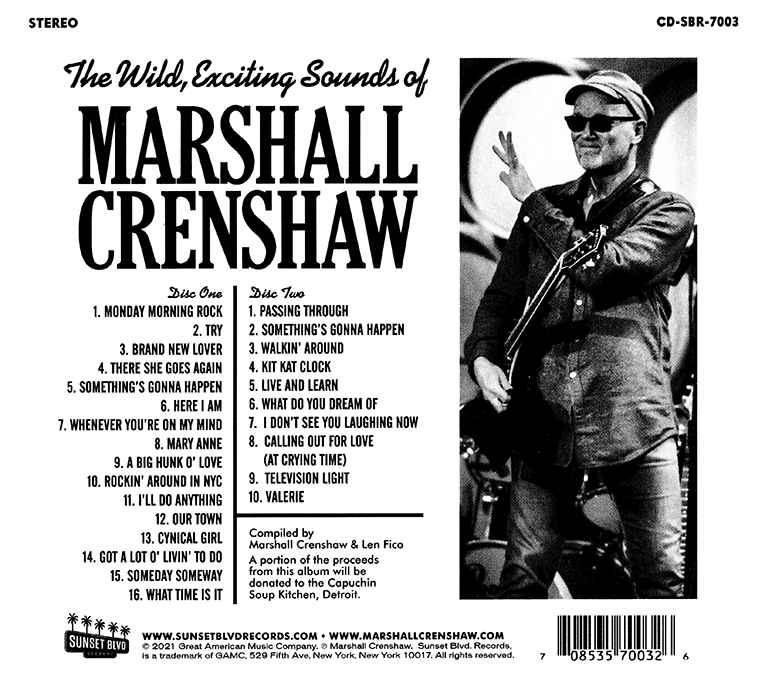 The sound on disc 1 is typical of 1980s live music broadcasts, at least as I remember them. They’re mono, although a couple of tracks seem to be taking a vague stab at stereo. The recordings didn’t create a soundstage of any depth, but the instruments and voices come through well enough. The recordings on the second disc probably came from soundboard feeds, and sound brighter and livelier. One of the Bottle Rockets tracks sounds a little muffled, which suggests that it came from a different source.

The Wild, Exciting Sounds of Marshall Crenshaw: Live in the 20th and 21st Century is an album Crenshaw’s fans will want to have, especially for the first disc. He’s released two other live discs, Marshall Crenshaw Live . . . My Truck Is My Home (1994) and I’ve Suffered for My Art . . . Now It’s Your Turn (2001). This set is a welcome addition, because it offers a full helping of Crenshaw’s early years as a performer, while the later recordings show how he continues to be a songwriter and singer worth hearing.