In 2019, guitarist Peter Frampton announced that the brief tour he was preparing to begin later that year would be his last. He had received a diagnosis of a progressive muscle disorder that, he was told, would eventually limit his ability to play and sing. He released an album to coincide with that tour, All Blues, which took him back to his roots as a guitarist, especially his stint with Humble Pie in the late 1960s and early 1970s.

Frampton rarely appears onstage these days, but he continues to record. His new album, Frampton Forgets the Words, is credited to the Peter Frampton Band, the same lineup that appeared on All Blues. The new album is a follow-up, of sorts, to his first all-instrumental recording, Fingerprints (2006). Frampton enjoyed extraordinary success as a singer and songwriter in the 1970s, but Fingerprints, All Blues, and now Frampton Forgets the Words make the case that Frampton’s legacy is built on his guitar playing. 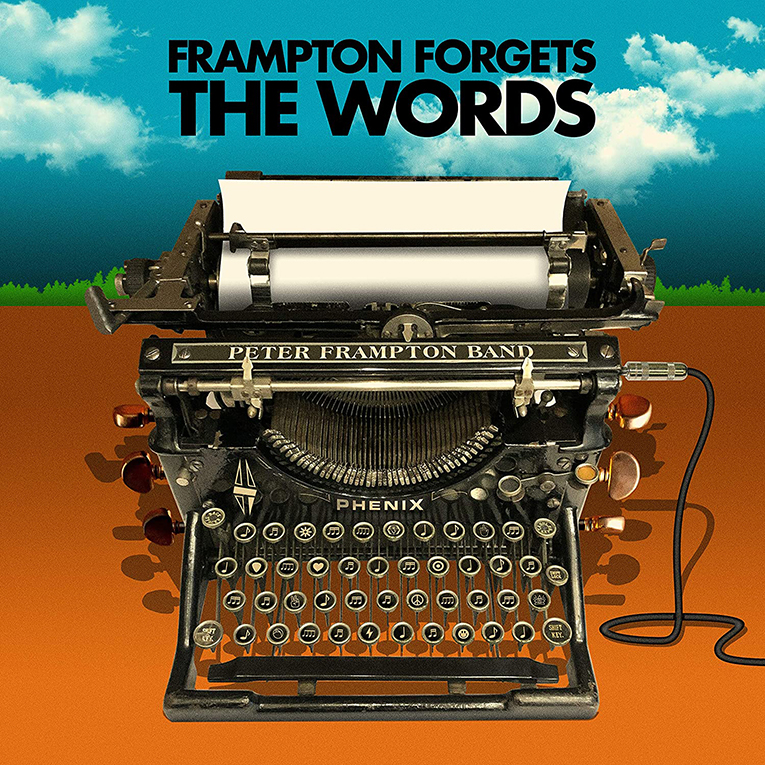 While Frampton wrote or cowrote most of the tunes on Fingerprints, he chose ten songs by other artists for this album. They cover a lot of stylistic ground. “If You Want Me to Stay,” a 1973 hit for Sly & the Family Stone, lets Frampton demonstrate his chops playing funk, a genre he’s not normally associated with. Frampton is inspired, playing the melody in a fashion that recreates some of the feel of Sly Stone’s vocals, while taking off during improvised sections and spinning out inventive, energetic variations on the song.

Frampton and his band follow the broad outlines of Radiohead’s “Reckoner,” with Rob Arthur’s keyboard washes creating a lush background for Frampton’s solos, which add a blues tint to the song while staying close to its original intentions. “One More Heartache,” from Motown’s Moods of Marvin Gaye (1966), gets a full-on blues treatment that veers into a jazz-fusion vibe reminiscent of Jeff Beck. Frampton continues to show his love for Motown by covering Stevie Wonder’s “I Don’t Know Why,” perfectly capturing the raw fire of Wonder’s bracing mid-1960s combination of rock and soul.

Contrary to the album’s title, Frampton seems to remember the lyrics of the songs he’s chosen and how they’ve been sung. He captures the understated elegance of Bryan Ferry’s vocals on a version of Roxy Music’s “Avalon,” and channels David Bowie’s unique phrasing into a beautiful arrangement of “Loving the Alien.”

For the most part, Frampton’s arrangements for the songs on Forgets the Words stay close to the originals. Our familiarity with them allows us to stay with Frampton when he expands on them during his solos. He doesn’t abuse that trust. He plays with passion and urgency, finding new things to say in the songs while retaining the spirit and feel of the original melodies. His band stays with him, providing support and emphasis as Frampton develops his ideas. 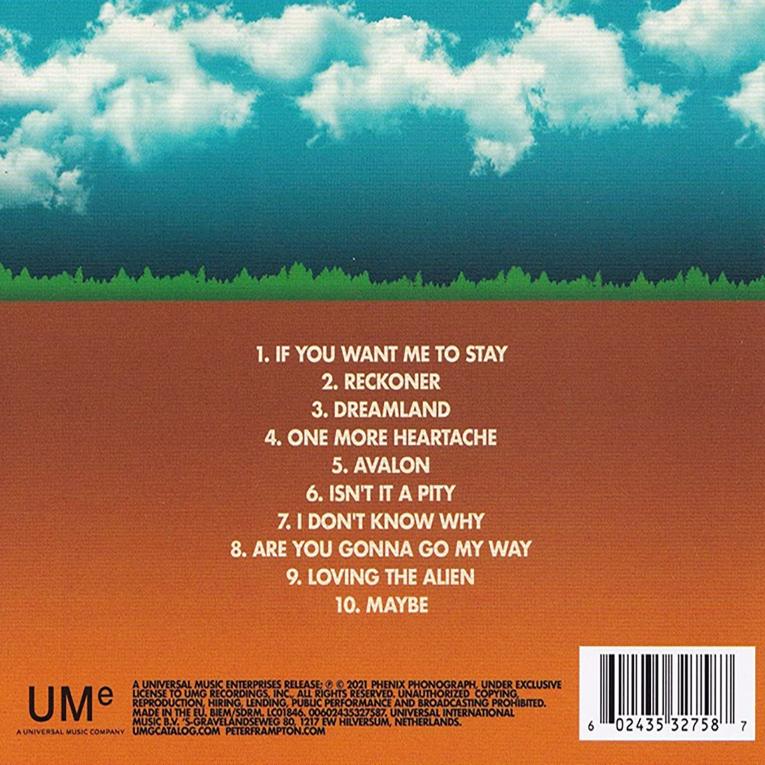 For the sessions, Frampton used his iconic 1954 Les Paul Custom, which he assumed had been destroyed in a 1980 plane crash until it showed up in 2010 in a guitar shop in Holland. The album was recorded in Nashville at Frampton’s Studio Phenix [sic], named for that legendary guitar. I wished there had been some more space and air around the instruments on the recordings. The aggressive sound worked well on the group’s take on Lenny Kravitz’s “Are You Gonna Go My Way,” but less effectively on the country-tinged ballad “Maybe,” from Allison Krauss’s break-up album, Forget About It.

On the plus side, the ten tracks on Frampton Forgets the Words embrace a wide spectrum of music that lets the guitarist show how skilled and versatile he is. With luck, this won’t be Peter Frampton’s last impressive demonstration of his guitar playing.