Bruce Springsteen: "Letter to You"

Last year, Bruce Springsteen released Western Stars, and it was unlike anything he’d done before. The album was inspired by the Southern California pop records of the late ’60s and early ’70s, and it seemed to free Springsteen to let the music flow more easily than it had for most of his albums since The Rising (2002). Western Stars felt like the work of a musician who had rediscovered the joy of making music.

Western Stars still gave Springsteen material to create portraits of people living on the fringes, but on his newest album, Letter to You, he finds inspiration closer to home. He turned 71 in September, and two years ago he became the last surviving member of his first real band, The Castiles, when guitarist George Theiss died. Two members of the E Street Band, Danny Federici and Clarence Clemons, are also gone, so mortality is very much on Springsteen’s mind. As he sings on the opening track, “One minute you’re here / Next minute you’re gone.”

“One Minute You’re Here” opens Letter to You on a solemn note, with Springsteen softly playing acoustic guitar and singing in a hushed tone. Roy Bittan’s piano and a keyboard string arrangement slowly fill in behind the singer, but the simple guitar work and honest, unforced vocal carry the message that life is worth living, even as we encounter reminders that our time here will pass. 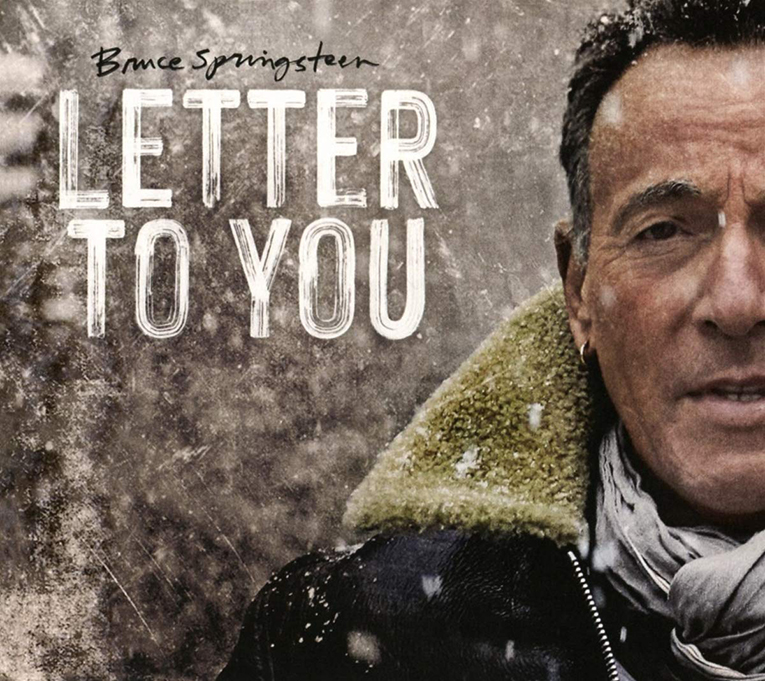 Max Weinberg’s solid hits on the snare drum announce the title track, and as the guitars, bass, and organ come in, it’s clear that Letter to You is freer and more exuberant than most of Springsteen’s recent albums. The E Street Band recorded the album live in the studio without overdubs, and Letter to You has the thrill of a band locking together and letting the music fly. The song sums up Springsteen’s view of himself, the work he does, and the long journey he and his fans have taken:

“Last Man Standing” is Springsteen’s tribute to George Theiss and the other musicians he’s encountered over the years. The places he mentions in the song -- union halls, Legion posts, Knights of Columbus halls -- have been lost as venues, along with bars, where rock’n’rollers can ply their trade. “Ghosts” is an even more pointed evocation of Theiss, with his buckskin jacket and Les Paul. It’s also the best full-out rock’n’roll track on the album. The wall of guitars shines brightly, and the band sings Patti Scialfa’s vocal arrangement with unrestrained passion.

The three longest tracks on Letter to You were originally on demos Springsteen did in the early ’70s. He and the E Street Band approach the songs in different ways than they would have nearly 50 years ago. They’re so sure-footed that “Janey Needs a Shooter,” “If I Was the Priest,” and “Song for Orphans” hit all the marks Springsteen aims for, while avoiding some of the excesses that marked their early recordings.

Those excesses had their charms, and they resulted as much from Springsteen’s glorious, romantic view of rock’n’roll as they did from his -- and his band’s -- lack of experience. While these new recordings have been made by a group of musicians who now have many years of performing behind them, coming back to the songs seems to have brought back their early passion for playing, and this passion runs through the whole album. The new songs show how much Springsteen has learned as a songwriter, but the older tunes remind us that he and his band have long remained true to the music they love. 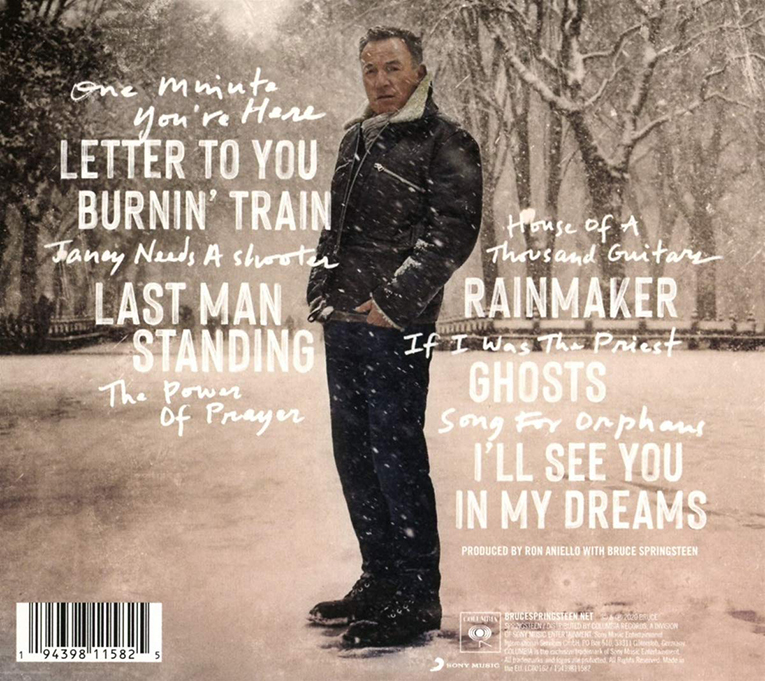 Bob Clearmountain mixed Letter to You and Bob Ludwig mastered it, and they stay close to Springsteen’s wall-of-sound approach while letting a surprising amount of instrumental detail come through. Springsteen’s vocals are well centered, and the more simply arranged tracks, such as “One Minute You’re Here” and “I’ll See You in My Dreams,” are given ample space. I did, however, find myself wishing I could hear more attack on Garry Tallent’s bass lines.

The coda to “House of a Thousand Guitars” could perhaps have been trimmed, and the shots at the soon-to-be outgoing president, on both that tune and “Rainmaker,” feel obligatory. Those are small blips in a record that ranks with Bruce Springsteen’s best. Joe Strummer once said that rock’n’roll “reminds us, like this unspoken message, that it is fun to be alive.” Letter to You takes death and time’s passage as its themes, yet it reaffirms Strummer’s truth with every note.