In his liner note for American Standard, James Taylor describes the album as “a collection of guitar pieces, with solos and support from my regular family of players.” Taylor has often covered tunes by songwriters -- including Chuck Berry, Holland-Dozier-Holland, and Otis Blackwell -- whose work is part of the great tradition of American songcraft. The 14 tunes on American Standard are all from the Great American Songbook, all but one of them pre-dating rock’n’roll -- as Taylor writes, “These are songs I’ve always known.”

Taylor’s second, breakthrough album, Sweet Baby James, included a version of Stephen Foster’s “Oh! Susannah” that was as notable for the singer-songwriter’s guitar playing as for his singing. Taylor has always been an accomplished instrumentalist whose chording often leans more toward jazz than to the folk-rock he’s long been associated with. American Standard is a reminder of his talents as a guitarist and interpreter of others’ songs, while making generous room for his band and a few guests. 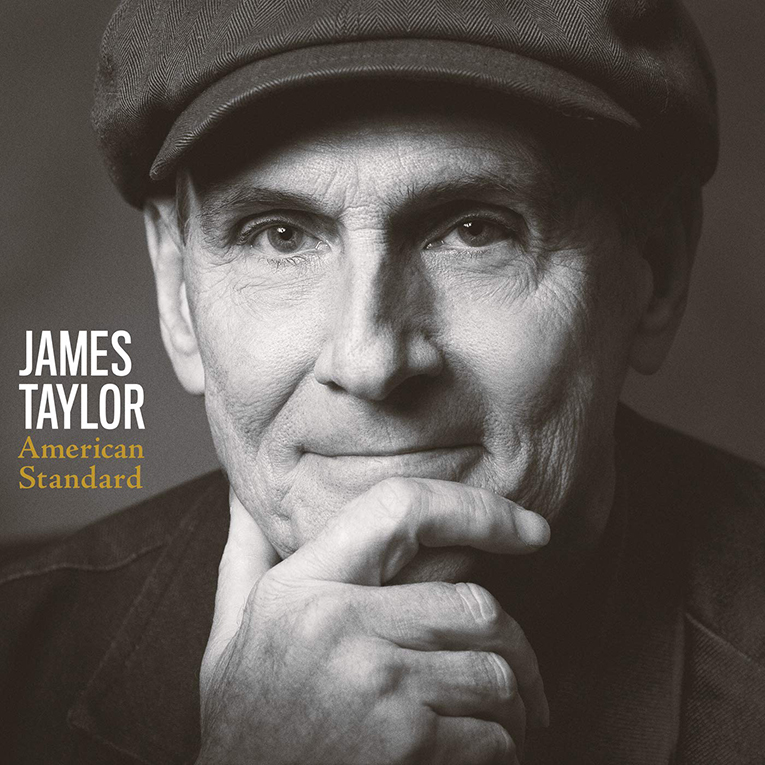 Taylor brings his combination of cool and passion to “My Blue Heaven,” a 1927 hit by Walter Donaldson and George A. Whiting. Guitarist John Pizzarelli, who coproduced the album with Taylor and engineer and mixer Dave O’Donnell, fills out the sound on seven-string acoustic with harmonically rich, rhythmically solid chords that Taylor deftly plays against. Violinist Stuart Duncan adds lively melody lines throughout, and plays a terrific solo. Drummer Steve Gadd’s subtle brushwork adds immeasurably to this track, as do Viktor Krauss’s double-bass lines.

Jerry Douglas’s Dobro gives a lift to Frank Loesser’s “Sit Down, You’re Rockin’ the Boat,” and a vocal chorus adds four-part harmony that fills out the arrangement and adds a bounce. Douglas is also a welcome addition to Billie Holiday’s “God Bless the Child”; his solo is a high point of the album. “Pennies from Heaven” benefits from a breezy Hammond B3 solo by Larry Goldings, whose melodica solo on “Moon River,” the album’s sole post-rock’n’roll song (1961), is another highlight.

Most of the songs on American Standard are now best known as jazz standards, but Taylor’s approach brings these old tunes comfortably to him. Sammy Cahn’s “Teach Me Tonight” has been recorded by countless singers, from Dinah Washington to Joe Williams, but it wouldn’t sound out of place on any album Taylor has recorded in the last 50 years.

The shuffling Parisian swing of “As Easy as Rolling off a Log” is a new style for Taylor that he takes in stride, especially with Pizzarelli chugging along à la Joseph Reinhardt, Django’s brother and rhythm guitarist. Pizzarelli’s brief solo made me want to hear more, even as it leads into a wonderful, mood-enhancing clarinet feature for Lou Marini. 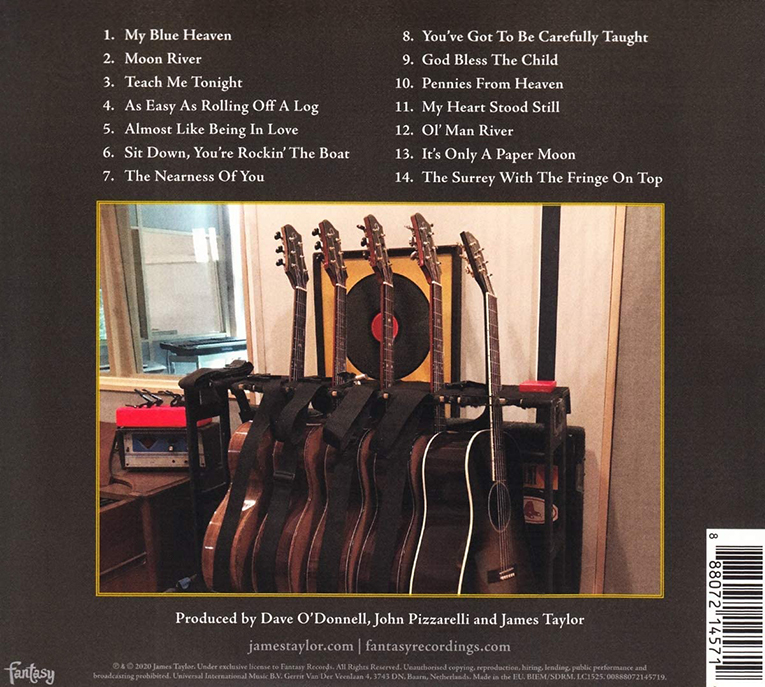 The players create great moments in almost every track. In “The Nearness of You,” the understated conga and percussion playing of Luis Conte, the percussionist of Taylor’s touring band, make this song swing just a bit more than it might have otherwise. Golding, Gadd, Marini, bass guitarist Jimmy Johnson, and other members of Taylor’s band have learned how to subtly enhance the singer’s style. They never call attention to themselves, but I found myself frequently nodding in appreciation as I listened. The only misstep is the four-part vocal harmony in “Almost Like Being in Love” -- it gives the song a slightly saccharine aftertaste.

Of course, Taylor’s voice and guitar are at the center of each of these performances, but he never overplays his hand or overstays his welcome with them. He also brings a unique touch to each. “The Surrey with the Fringe on Top,” from Rodgers and Hammerstein’s Oklahoma!, has long been a go-to for many jazz singers and players, but Taylor’s reading hews close to how it might be performed in the musical even as he makes it his own. Taylor’s wife, Caroline Smedvig, adds a second vocal, and the effect is enchanting.

I gather from the liner notes that the album was mostly recorded at Taylor’s studio, The Barn, in Washington, Massachusetts. The sound is warmly detailed and intimate, the acoustic instruments registering cleanly. Taylor’s voice is centered and out front, the instruments arrayed convincingly behind and around him. Taylor and his coproducers built an analog reverb chamber on Taylor’s property, and the sound is delightfully organic.

As I noted earlier, Taylor has performed songs by others throughout his career, including an entire album of them, Covers (2008). This is the first time he’s reached back further, to music he heard “in my family’s record collection.” He brings respect and affection to these songs, and the result is a welcome addition to an impressive catalog of recordings.