Six years ago, a friend of mine was working as the advertising director at Jazz Times magazine. He put me in contact with the editorial staff at the SoundStage! Network and encouraged me to consider writing music reviews for them. His prompting led me to where I am now, writing about music I love and finding endless satisfaction in exploring. We’ve stayed in touch over the years, and although he’s no longer working for a solely jazz-centric publication, he’s still an excellent musician and a die-hard music aficionado, so I turned to him this month for his thoughts on the best work to be released in the past year in the jazz genre. Ever knowledgeable and convivial, he easily plied me with a stack of recordings from composers that met my requirements and exceeded my expectations. Consider this my short list, if you will, of highlights of the year’s best jazz recordings. 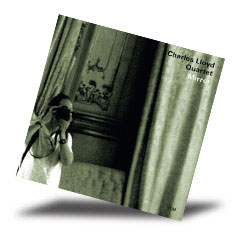 Seventy-two-year-old legendary saxophonist Charles Lloyd returned this year with the soulful, heady Mirror (CD, EMC 2176), his second release with his current quartet, consisting of Jason Moran (piano), Reuben Rogers (double bass), and Eric Harland (drums). This album floats along like a lucid dream, with Lloyd’s plaintive horn crying out with love, sorrow, faith, and finesse. Lloyd has been around long enough to experience much of the lifespan of jazz first-hand, having been an integral part of the early scene for decades, playing with the likes of Cannonball Adderley and leading his own star-studded groups of stellar acclaim and then quietly shifting gears in the ’60s to record with pop phenomenons like the Doors and the Beach Boys. He regrouped in the ’90s for a few short-lived sessions before taking another respite, and he’s now reclaimed his role as an innovator and messenger for the next era. Mirror is a confident recording that speaks of experience and contentment, but also a driving desire to continue exploring the boundaries of this uniquely American art form, as though Lloyd is rediscovering a long-lost first love. Comprising new takes on old gospel favorites, love songs, fresh originals, and covers of Thelonious Monk ("Monk’s Mood," "Ruby My Dear") and the Beach Boys ("Caroline, No"), Mirror makes for quite the reflective retrospective. 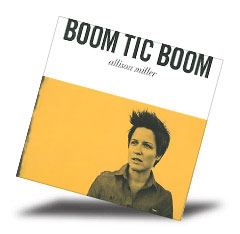 Boom Tic Boom (CD, Foxhaven Records FX-70026) is the latest release from jazz drummer and composer Allison Miller, and it has proven an impressively joyful, playful, and intricately challenging disc. Having toured with a mixed array of artists in the past, including Ani DiFranco, Natalie Merchant, Mike Stern, and Norah Jones, Miller has lately earned growing recognition on her own as a band leader and songwriter. She was even chosen by the US State Department to tour three continents as a Jazz Ambassador. Joined by fellow DiFranco bassist Todd Sickafoose and acclaimed pianist Myra Melford, this creative combo synchs sonically, working hand-over-fist to complement one another in each composition. Melding a straight-ahead format with light improvisation, Miller and her band weave a sophisticated balance throughout the disc. Crediting the many strong, beautiful women in her life as her inspiration, Miller’s originality and technical attack dispel the fallacy that the realm of jazz drumming isn’t for women. Employing precise brush control, shifting time signatures, lightning-fast fills, and the chops of a lifelong learner, Miller’s Boom Tic Boom comes knocking as one of the best jazz releases of 2010. "Candy Flavored Sidewalks (CFS)" is a rhythmically driven, vibrant romp bringing aboard (for just this track) the astounding virtuosity of violinist Jenny Scheinman, with bass strings slapping and piano innards being struck, all underscored by Miller’s staccato snare fills and relentless momentum pushing the tune eagerly along. 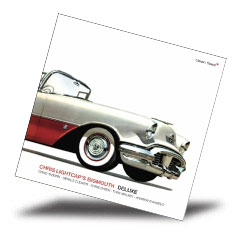 Meanwhile, for modern jazz with an Afro-funky flair, bassist Chris Lightcap and his band Bigmouth deliver Deluxe on Clean Feed Records (CD, CF174), an improvisation label from Portugal. Bigmouth consists of two lead tenor saxophones, bass, drums, Wurlitzer and acoustic piano, and, for three of the eight tracks, alto saxophonist, Andrew D’Angelo. I first heard Lightcap and D’Angelo together during a live performance by the Matt Wilson Quartet, and what I witnessed on that memorable night left me delighted and enamored. In fact, all of the musicians in this lineup have collaborated with one another in some prior form, which is why the current clique truly clicks! Bigmouth’s Deluxe is similarly rich in flair and feeling to Wilson’s Quartet, revealing a young band whose energy evolves as quickly as it is birthed, never stagnant nor overly serious, but creative in the best sense of the word. From the opening methodical onslaught of "Platform" to the reverb-rich finale "Fuzz," Deluxe delivers hip, experimental compositions and a banquet of succulent grooves for those with a post-bop jazz appetite to chew on. The foreground given to tenors Tony Malaby and Chris Cheek opens a window for their refreshing interplay to waft through, especially on tracks like "Deluxe Version" and "Two-Face." 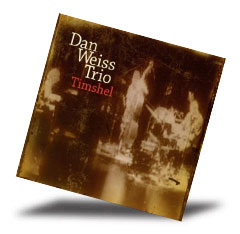 Timshel (CD, Sunnyside Records SSC 1242), by the Dan Weiss Trio, stands apart from the other albums my friend suggested in that these compositions pay homage to a global framework of influence spanning Eastern spirituality, Indian tabla, the classical works of Frédéric Chopin, Nobel Prize-winning literary love stories, and dialogue excerpted from classic American film, among other inspirations. What could have resulted in a real mishmash of muses comes across on Timshel as a cognizant statement when taken as a cohesive whole. According to Weiss, he’s taken "the essence . . . of those inspirations which have captured [years of] curiosity" to create an original jazz narrative. As drummer and composer, Weiss builds a solid framework around these varied concepts for himself and his band (pianist Jacob Sacks and bassist Thomas Morgan) to interpret and explore. "Florentino and Fermina" for example, based on the lovers in Gabriel García Márquez’s famous novel, Love in the Time of Cholera, is sentimental, timeless, passionate and enduring, just as their love story was in written form. 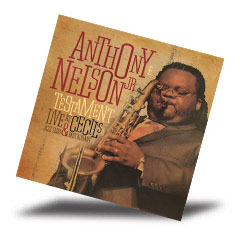 And finally, as an honorable mention for a live recording with a lot of bite, be sure to check out Testament: Live at Cecil’s, the debut release by New Jersey saxophonist Anthony Nelson, Jr. (CD, Music Stand Records, MSR1001). This player brings a big sound to what feels like an intimate, low-fi recording. Joined by trumpeter Freddie Hendrix, Allyn Johnson on piano, Matthew Parrish on bass, and drummers Tyshawn Sorey and Cecil Brooks III, Nelson creates music that’s mostly original, totally bold and adventurous, and full of some fun twists and risks. Try the original compositions "Beautiful Booga Baby" and "Paula Danielle" on for size.

Here’s to 2011 -- may your year ahead be filled with love, laughter, and lots of great music.