The Right Way to Debut a Product

If you want to understand why the high end has had difficulty attracting new customers and younger blood, you need only attend a trade show like Munich’s High End. The vast majority of rooms display products that cost exorbitant amounts of money. You’d imagine that any such product would be launched with a blizzard of accompanying materials -- pamphlets, professionally shot photographs, maybe even a white paper. You’d then leave the manufacturer’s exhibit, take the metro back to your home or hotel, hop on your laptop, and direct your web browser to that manufacturer’s website to find more information.

Good luck. In actuality, few manufacturers launch a product or line of products with anything resembling a full marketing campaign. Some firms announce products by displaying only a static, non-playing model, or do so outside of trade-show season with a few computer-generated renderings. The worst debuts are those for which the product’s price has yet to be set. Those companies want to gauge the reactions of customers, dealers, and distributors to a potential product before affixing a price tag. And this product may not ship for six months, or even 12. Or 18 months. It’s madness. 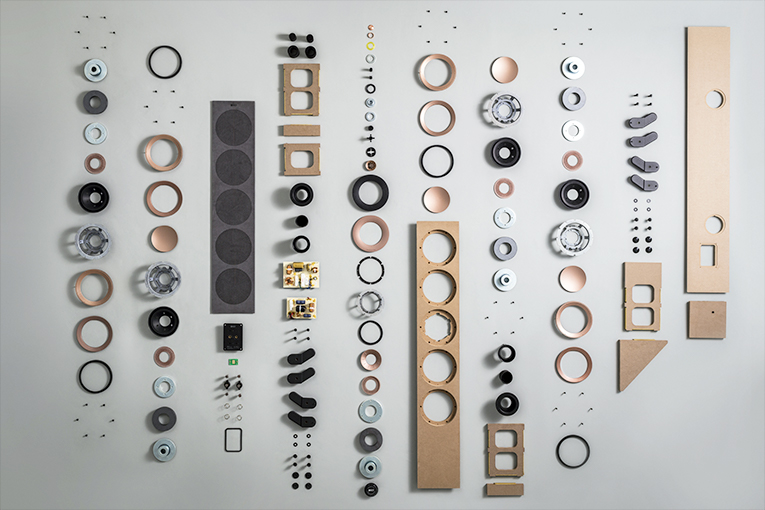 Of course, I understand that some of the more boutique hi-fi brands lack the marketing budgets boasted by bigger, more established outfits. On the flip side, any company asking consumers to drop five or six figures on a pair of speakers, or even an amplifier, would be doing itself and those potential customers a service by offering some compelling reasons why they should drop so much hard-earned cash on a piece of stereo gear.

So when KEF announced their new R Series of speakers at this year’s CEDIA Expo, in San Diego, I expected to see on their website no more than some specifications, some renderings, and a basic framework. I wasn’t expecting a complete and carefully orchestrated marketing campaign. But within an hour or two of opening on the Expo’s first day, KEF had updated their website with an entire section dedicated to the R Series, with beautifully shot color photographs (I suspect there’s background rendering in a couple of them, though the speakers themselves look genuine), detailed specifications for each model, retail prices, and a few paragraphs text describing the new models’ main improvements over the outgoing R Series.

Disclaimer: I’ve reviewed a lot of KEF gear in the last few years, and have owned several pairs of KEF speakers, including two sets of floorstanders from that outgoing R Series. I’m almost predisposed to like this British manufacturer’s newest offerings -- which is only one of the reasons I won’t be reviewing anything from the new R Series. But for the purposes of this “Opinion,” whether or not KEF’s newest speakers are any good is irrelevant. Here I’m talking about how any audio manufacturer that wants to be taken seriously should present its new product or line of products. The way KEF has launched their new R Series should serve as a blueprint: All the information any consumer could want was available from Day One.

But far more impressive to me than timely ad copy was the R Series White Paper linked to on each R model’s Specifications webpage. I don’t think I’d ever seen anything like it. This 24-page PDF is written in a way that makes it accessible to almost any potential buyer, with or without any technical understanding of how a loudspeaker works, and it does so without condescension. It isn’t laced with the flowery prose of a creative-writing major, or the clichés and jargon of someone with a degree in public relations. Instead, it offers KEF’s direct, unadorned explanations of how they think they’ve improved on their previous R Series.

KEF discusses its efforts to minimize cabinet resonances through the use of damped bracing, a clever construction approach that “consists of strategically placed wooden braces that, instead of being rigidly coupled to the panels [of the loudspeaker,] are joined via a lossy interface. The braces are placed where the panel movement would otherwise be greatest and the lossy layer, like normal damping pads, converts the energy into heat.” KEF notes that while the reduction in sound output from the cabinet varies from model to model within the new R Series, it’s roughly 20dB. But rather than just baldly assert this, KEF includes a graph that demonstrates the improvement of damped bracing from 20Hz to 2kHz. Don’t just tell; show.

KEF goes on to describe how directivity and diffraction are mitigated through the newest version of their coaxial Uni-Q driver, now in its 12th generation. They’ve also improved the bass-reflex ports, thanks to lessons learned in designing and building their Reference models, as well as the LS50. Each explanation is supported by graphs and figures that illustrate and support KEF’s thinking and claims. 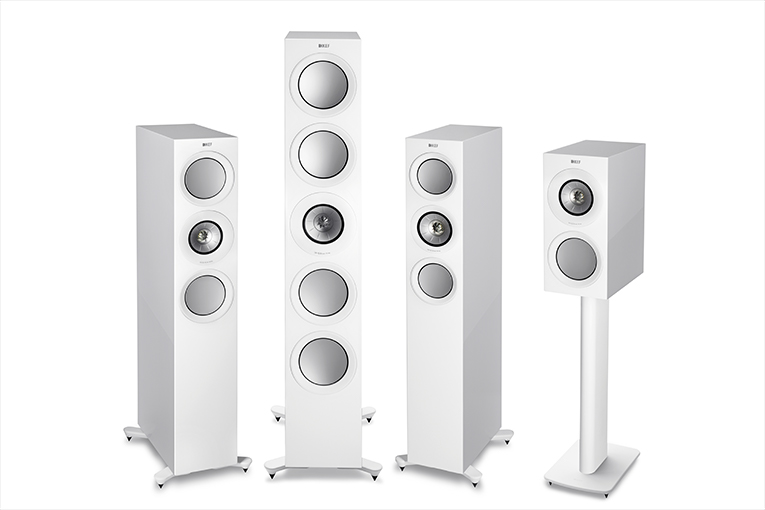 When KEF describes its newest drivers, touching on the improvements made in their spiders, magnet geometry, and construction methods, graphs show the performance gaps between the outgoing and incoming R Series. At the end of the paper, KEF offers full technical specifications for each of the six models, and anechoic measurements for all but the R8a surround or Atmos model. These show each model’s axial response, as well as the listening window, a plot of average output out to 90° off axis, and even its sound power. KEF also includes an impedance plot for each model so that consumers can see how easy or difficult it is for an amplifier to drive.

All of this is rare in the high end. You seldom see companies offer this kind of transparency about their new products, explaining not just every detail of what changes were made, but trying to show consumers why they were made, and in the process demonstrating the inferiority of the outgoing models. The specific measurements for each model are especially welcome, with special kudos deserved for including the listening-window and off-axis measurements, to give potential buyers a more complete picture of a speaker’s tonal profile. 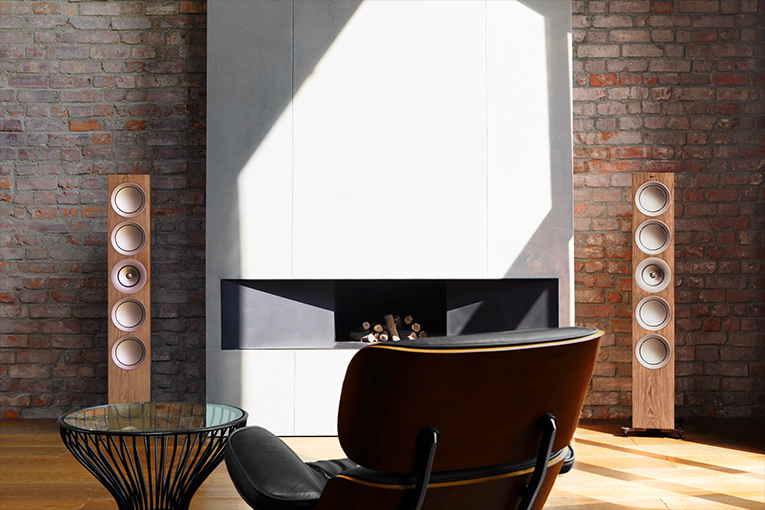 I have no idea if KEF’s new R Series speakers are any good, and I wouldn’t advise anyone to buy a pair until a fellow SoundStage! reviewer can make a full evaluation. A slick webpage, sharp media, and even a comprehensive white paper are not guarantees that any audio product will actually sound compelling. Something of a doubting Thomas, I’m wary of anyone who claims to offer the gospel with little in the way of support. But unlike matters of spirituality, loudspeaker design need not be taken on faith, and as both a reviewer and a consumer, I welcome as much information about a product as I can get before I decide to invest in it. If audiophiles demanded high-quality measurements from every maker of loudspeakers, there would be more than a few ultra-high-end companies terrified of how their “statement” designs would compare to something like KEF’s new R Series flagship, the R11 ($4999.99/pair). As ever, the proof is in the listening, but the measurements get you 95% of the way there.