The Best of the 2016 Consumer Electronics Show

For the second January running, I didn’t attend the annual Consumer Electronics Show. SoundStage!’s coverage of CES 2016 was of the highest quality, and the most comprehensive it’s ever been. Correlation doesn’t necessarily indicate causation, but I’m confident that there’s a strong link between those two facts. At this point it’s common knowledge that attendance at CES continues to fall, with Munich’s High End show having earned its way to being the premier audio trade show in the world. Despite that, the number and quality of affordable high-end products seems to be rising at a pleasantly surprising rate. After browsing through each day’s worth of my colleagues’ CES coverage, I was practically giddy with anticipation. My Best of Show selections fall neatly into two categories and two price ranges.

ELAC has been around for years, but it wasn’t until highly regarded British loudspeaker designer Andrew Jones -- of KEF, Pioneer, and TAD fame -- came on board that ELAC’s North American presence was reinvigorated. While Jones expressed his philosophies quite well through his designs of expensive speakers for TAD, his association with Pioneer made it possible for his talents to be appreciated by a much bigger audience. Indeed, his Pioneer SP-series speakers have been widely recognized for their high levels of sound quality and astonishing affordability. 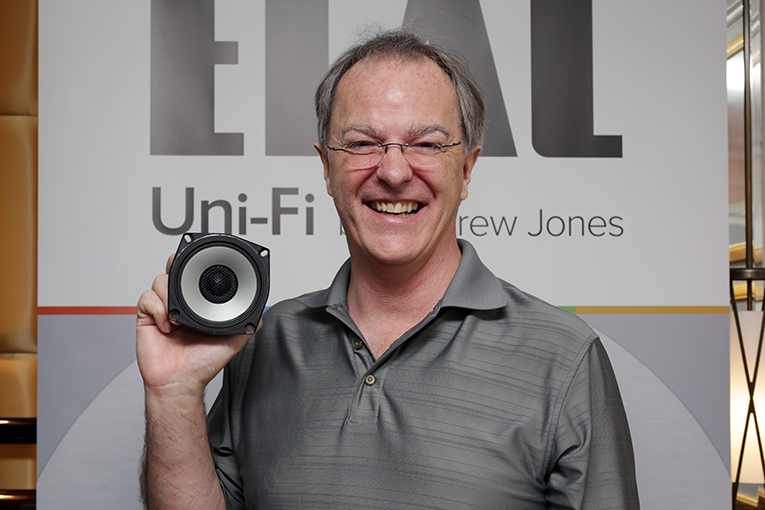 The first fruits of ELAC’s partnership with Jones appeared in 2015: the Debut line of speakers, bookended by the Debut B5 two-way bookshelf model ($230/pair) and the Debut F5 three-way floorstander ($560/pair). At CES, ELAC announced their new Uni-Fi range, comprising the Uni-Fi UB5 bookshelf ($499/pair), the Uni-Fi UC5 center-channel ($349), and the Uni-Fi UF5 floorstander ($998/pair). The new models are remarkable for two reasons. First, they’re clean- and good-looking designs that, at least in photos, belie their low prices. Inexpensive speakers often look inexpensive, and these don’t. Second and far more important, in each Uni-Fi model Jones has used a concentric tweeter-midrange drive unit comprising a 1” soft-dome tweeter and a 4” aluminum midrange cone. Considering Jones’s experience with concentric drivers at KEF and TAD, I have no doubt that they’re well executed. Moreover, each Uni-Fi model is a three-way design with at least one 5.25” aluminum woofer: the UB5 has one of these, the UC5 two, and the UF5 floorstander three. While I obviously haven’t tasted the final dishes, the recipes look downright delicious. There’s serious potential for the UB5 to become the KEF LS50 of the $500 price point. We’ve already requested review samples, so watch this space; the Uni-Fis are scheduled to begin shipping in the second quarter of 2016.

Not content with announcing new speakers, at CES ELAC also promoted their new DS-101 Discovery ($999), a music server with built-in integration of the Tidal streaming service (other streaming services are expected to be announced later in 2016) and Roon (included is a limited lifetime subscription to Roon, which costs $499 when purchased separately).

Finally, ELAC announced the DA101EQ integrated amplifier ($599), a tiny thing with a class-AB amplifier that produces 100Wpc into 8 or 4 ohms, seven analog and digital inputs (including asynchronous USB, Bluetooth, and a subwoofer output), a headphone jack, a remote control, and a smartphone app. Server and amp are expected to ship by the middle of the year.

Until recently, an audiophile usually needed to spend about $5000 on a proper, high-powered, high-end integrated amplifier with digital inputs, made by a reputable manufacturer. By proper I mean an amp with no serious compromises -- a robust power supply, a reasonable power rating, and a dedicated digital board that wasn’t an afterthought. Models from Bryston Limited, Hegel Music Systems, and Simaudio come to mind. However, prices are starting to tumble -- see my review last month of the Parasound Halo Integrated ($2500) -- and CES 2016 had some promising-looking amps that I can’t wait to hear. Micromega’s M-One DAC-integrated had actually been announced at High End last May, but it was shown only in prototype form. At CES 2016, however, the French company presented this slender class-AB amp in final form; it will go on sale in March at a price of $3995. This 100Wpc slab of minimalism has everything, including AirPlay, aptX Bluetooth, Ethernet connection, and the usual assortment of analog and digital connections, as well as a moving-magnet/coil phono stage. An additional $1000 buys you a room-correction option. Also noteworthy is the fact that the French amp is milled from a single piece of aluminum finished in black or silver. Custom finishes of leather, carbon, or high-gloss paint are available for an extra fee. It looks awesome. I’ve requested a review sample. No less impressive is NAD’s new M32 Direct Digital integrated amplifier. “Direct Digital” isn’t just marketing hype -- the M32 is best described as a “power DAC,” in which the signal remains in the digital domain right up to the final output stage. It has the typical selection of analog and digital inputs we’ve come to expect from a full-featured DAC-integrated, 150Wpc into 8 ohms, a touchscreen, a headphone jack, and a beautifully built case (based on what I’ve seen of the matching M12 preamplifier-DAC and M22 stereo amplifier). At $3999 -- virtually the same price as Micromega’s M-One -- the M32 Direct Digital doesn’t offer all of the M-One’s inputs, but it more than makes up for it with its overall appearance -- man, does it look handsome. 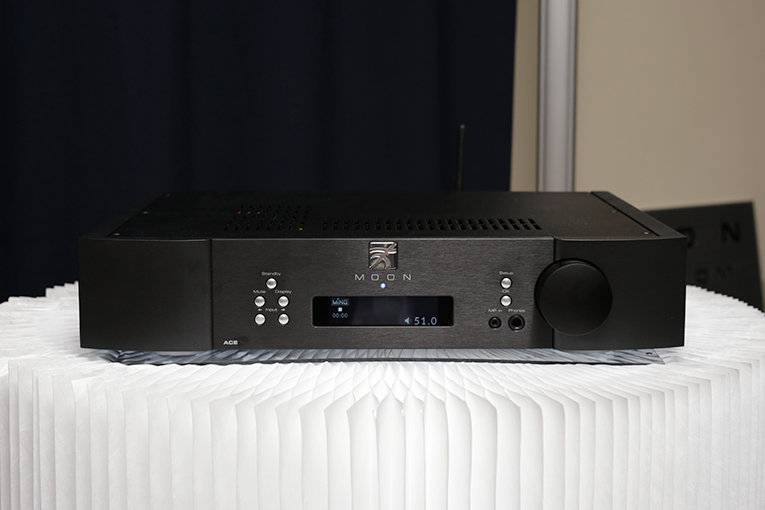 Last but not least is Simaudio’s Moon Neo ACE all-in-one music player ($3500). This slender box produces a relatively modest 50Wpc into 8 ohms, but makes up for it with a fancy OLED display, a 1/4” headphone jack, and considerable connectivity, including aptX Bluetooth, Wi-Fi, Ethernet, and many inputs both digital (asynchronous USB, two coaxial, and two optical) and analog (three line-level, and moving-magnet phono). Given Simaudio’s penchant for building overachieving amps and preamps, I suspect that the Moon Neo ACE will be a deceptive little dynamo of a product.

Budget-minded audiophiles have never had it so good. The most exciting audio products these days are not the ones that cost tens of thousands of dollars and boast many kilos of brushed aluminum. The best part? It will only get better. I dare you to be more excited about this stuff than I am.