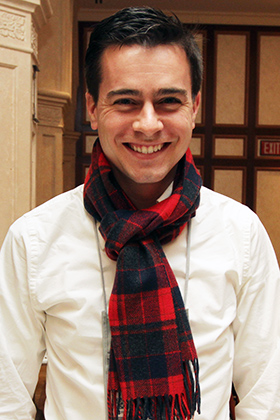 Revolutionary. The word is thrown around rather flippantly in ad copy for new audio products, and I can’t help but sigh whenever I see it. Because almost nothing is actually revolutionary. This isn’t a damning critique; just simple reality. All of our species’ success is predicated on the aggregate knowledge of our combined intelligence and experience. When something has worked -- and worked well -- for years and years, there’s little incentive to innovate. People are generally wary of change, especially of the revolutionary variety.

The French dabbled in revolution once. Maximilien de Robespierre guillotined his way to infamy, while Marie Antoinette, with her alleged fondness of baked goods, was on the receiving end of that ghastly gravitic machine. One could say it was a dark, heady time. From the bloodstained ruins of the Bastille blossomed a bourgeoisie that shed its feudal shackles and helped usher in a new age of political and social consciousness. It’s rather appropriate, then, that the most significant audio product of the last decade hails from France.

Devialet arrived on the scene in 2010 with a single product -- the D-Premier integrated amplifier and DAC ($15,995 USD when available). A cursory look at its slender aluminum chassis and partially class-D underpinnings would lead many to assume that this French startup was adopting an approach à la Bang & Olufsen, with its product’s function very much following its form, and performance in no way commensurate with the asking price. But closer inspection revealed something far less mundane hidden within the Devialet’s polished form.

Eschewing the now-generic class-AB power amplifier, preamplifier, and digital-to-analog converter rolled into one chassis -- how dreadfully proletarian -- the easily upgradeable D-Premier showcased a novel and innovative design. The 25-pound import delivered 190Wpc into 8 ohms by using a patented Analog Digital Hybrid (ADH) architecture, whereby a class-A amp is harnessed for voltage, and a proprietary class-D switching amp for current. In such a setup, the musicality of class-A is married to the linearity and power efficiency of class-D, with the drawbacks of neither. The D-Premier was fully digital, with a 2”-long signal path, and no more than 0.001% distortion at full rated power. Inputs included an array of digital and analog connections (including phono), along with a wireless connection to be used in concert with a dedicated Devialet app for Android and iOS. Oh, and an SD card slot on the rear panel allowed users to update the D-Premier’s firmware, which meant increasing functionality even as the unit aged.

The D-Premier’s performance was, in a word, astonishing. The little guy generated ostensibly zero distortion while producing a shockingly clear, palpably vibrant sound with the dimensionality and purity of the best class-A components, and the sheer resolution afforded by class-D. It sounded exceedingly broad, clean, and cultured. In my listening to it at several audio shows, it also outperformed many cost-no-object designs. That the D-Premier could outperform amplifiers costing multiples of its price, without needing a separate preamp and DAC to go with it, was remarkable. 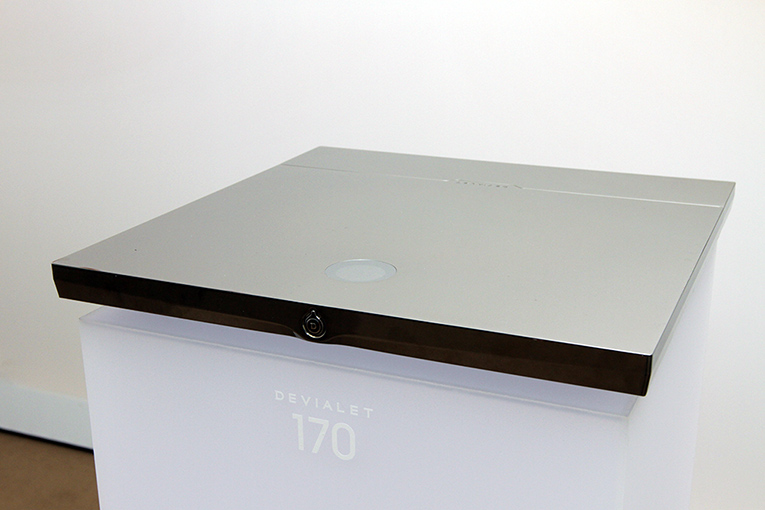 When Devialet announced a series of new products at the recent High End 2013, in Munich, Germany, I expected that they’d release only new models significantly more expensive than the D-Premier. But they didn’t. The D-Premier has been replaced by the Devialet 110 ($6495), 170 ($9495), 240 ($17,495), and 500 (price TBA; a pair of 240s in mono mode). Each model’s name represents its power rating in watts per channel into 6 ohms (the ratings are a bit lower into the more common 8 ohms). While I had no interest in the top two models, the 170 and, in particular, the 110 held my rapt attention. More significant than the price, however, was Devialet’s claim that the sound quality of each model is the same. For the entry-level 110, then, $6495 USD should still buy you a reference-level integrated amplifier-DAC.

The significance of this cannot be overstated -- no other company makes something like the Devialet, which uses a technology that can rightfully be classified as state-of-the-art, despite being now a few years old. If the new models perform as well as the D-Premier did, then the 110 is automatically one of those exceedingly rare products that everyone should try to hear. But the newer models also include some improvements: greater power efficiency, better thermal efficiency, upgrades of the analog and digital circuits, and Ethernet and asynchronous USB ports.

If this all sounds like an advertisement, it should. It’s not every day that a company arrives seemingly out of nowhere, offers a single product for sale that is -- dare I say it -- revolutionary for its product type, and earns acclaim from all sides for having done exactly that. To follow up such an entrance by unveiling dramatically less expensive products that promise even better performance is, to my mind, inspired, and quite the sophomore effort. Devialet’s slogan for the launch of its new line -- “One day, everyone will own a Devialet” -- sounds a little pompous, which is perhaps to be expected, considering the nation involved. But pompous it is decidedly not. Devialet could have caved to the high-end paradigm of jacking up prices to bleed customers dry of every last euro for the honor of owning something so exceptional, and they have refrained from doing so. If there’s such a thing as integrity in the high end, Devialet, which supports its products with a five-year warranty, appears to be ten months pregnant with it. 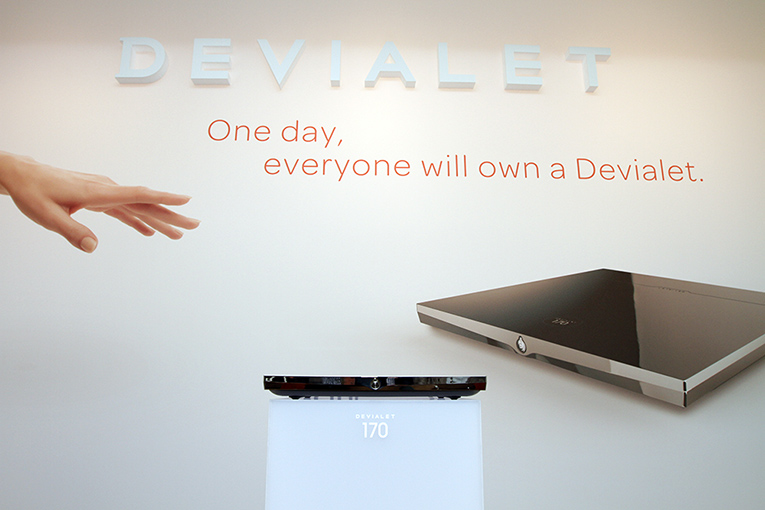 At $6495, the 110 falls a bit outside GoodSound!’s domain, but I felt compelled to write about it here because of Devialet’s audacity in selling something so good for so relatively little. If and when these things become available on Audiogon, I bet they’ll be available for noticeably less than their current list price. And if the young French company sells their new line by the truckload, as I suspect they will, then it’s a matter of when, not if, we’ll all be within a stone’s throw of owning something that may prove to be the best around. Quelle magnifique.