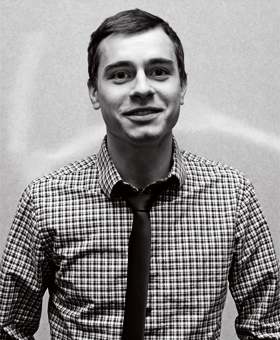 Once it dawns on you that there’s really no such thing as a negative review of an audio component, it’s a little troubling. Sure, some products sound better than others, but there will always be some that are just not good enough, whether in terms of build, features, or sound, and that warrant a reviewer embracing his responsibility to the reader and pointing out the shortcomings. And yet they’re seldom seen, short of online forums. But, really, how much more helpful is "this product sucks" than "the highs were sparkling and the bass was taut and tuneful"?

Professional reviewers are supposed to be objective, but that presupposes that objectivity is even possible. Some publications rely on technical measurements as a way of assessing a product’s performance, and in many instances, better measurements equate with better sound. But there are times when this correlation doesn’t seem to hold. One would also expect the converse to be generally true, and it generally is: poor measurements usually equate with poor sound. But again, the fact that some products don’t measure particularly well doesn’t keep some reviewers from liking them, or large numbers of consumers from buying them. When combined with the self-indulgent writing of some reviewers, measurements can become a sideshow to anecdotes about one’s wife or pet, or to transcriptions of inane conversations that are uninteresting and uninformative.

At the other extreme are publications that seem to publish more product profiles than product reviews. Forgoing measurements -- indeed, eschewing criticism of any kind -- these profiles are more hagiographic than evaluative. In principle, I don’t necessarily mind this, but the whole point of a review is to provide a perspective on a product that gives the reader a feel for its abilities and personality in relation to other, similar products on the market. Ultimately, I find such profiles to be largely useless exercises devoid of real value to the reader, and a bit self-serving on the part of the reviewer and publication.

Why does audio writing have to be this way? Some posters to audio forums speculate that, as manufacturers rely on writers for good reviews, so, too, do writers rely on manufacturers for loan samples of products to review for months at a time -- a quid pro quo arrangement. While this view isn’t totally without justification -- to think that such a phenomenon never happens would be naïve -- it’s also distorted and cynical. Such a relationship can exist without impropriety, and in my nascent audio-writing endeavors it has yet to be communicated to me by anyone that I should appraise a product in any manner other than the one I choose.

There is a more obvious explanation, though, and one befitting William of Occam’s razor: Almost no bad products, per se, ever make it into a reviewer’s listening room. Different products, yes, some of which are better than others, but nowadays a manufacturer almost has to try to make a product that sounds terrifically bad, especially considering the costs of research (if applicable), manufacturing, and marketing. With speakers and D/A converters, for instance, various OEM drivers and processing chipsets are found in a variety of different products made by different companies. Each likely has a different blend of sonic characteristics, but the consumer is guaranteed a minimum pedigree. That a product is being reviewed in the first place is a result of a basic vetting process, at least here at the SoundStage! Network, and logically so: If we endorse garbage, readers will inevitably discover the truth, and we will lose our credibility.

Where does that leave the average reader? Honesty is present even in variously positive reviews. Some writers are better than others at describing sounds, which may have to do with those writers’ length of experience in reviewing, their ability to express themselves in words, or both. The tone of a review, particularly the choice of adjectives describing sonic qualities, often betrays the thoughtful reviewer’s true feelings. Perhaps more illuminating are omissions -- what a reviewer leaves unsaid is potentially more important than what is said.

No, there really aren’t many, if any, negative reviews out there. But there are a great many reviews that are not quite as enthusiastic as others, and that conclude with "feel free to audition" rather than "buy immediately." To the dismay of manufacturers everywhere, our role as reviewers is not to convince readers to buy certain products, but to describe what we hear, and whether or not we find that sound compelling and enjoyable. The moment I find myself tempted to write a review that does not reflect what I actually hear is the moment I stop breathing.

So, since it’s so uncommon to hear unfiltered honesty in reviews, I offer some here: I hate vacuum tubes. In my opinion, they’re antiquated objects that impose on music a form of audible distortion -- warmth -- that I prefer to keep far from my equipment. The same goes for LPs. Why is this once-dying medium making something of a comeback? I have a hankering suspicion that the contrarian nature of hipsters is to blame. Last, I think Lowther-style, single-driver speakers are ridiculous. What good is a crossoverless speaker design when the treble sounds dead and the nether regions are, at best, murky?